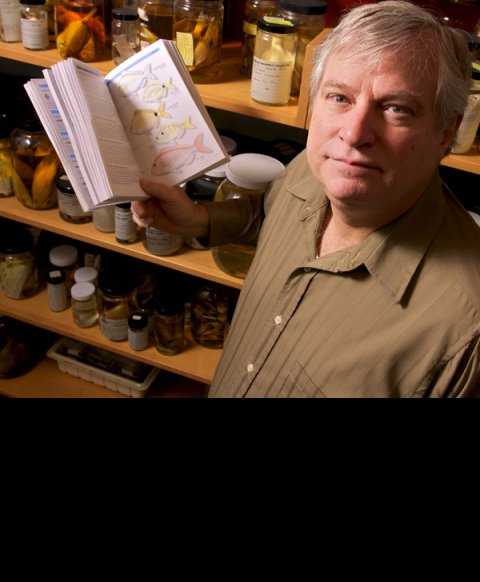 I am primarily interested in marine conservation biology, the systematics and evolution of marine fishes, and marine biogeography. My research in marine conservation biology centers on the assessment of extinction risk using the International Union for Conservation of Nature Red List Criteria. For this purpose, I have assumed the role of Manager of the IUCN Global Marine Species Assessment (GMSA).The GMSA is completing the first global review of every marine vertebrate species, and of selected marine invertebrates and plants, to determine their conservation status and extinction risk. The project involves compiling and analyzing relevant data on approximately 20,000 marine species. As a de facto member of the IUCN Species Programme, I am manager of their Marine Biodiversity Unit. In systematics I have a wide range of interests including alpha taxonomy of fishes, phylogenetic inference, and theory of classification. I prefer to use both morphological and molecular characters for reciprocal illumination in phylogenetic inference. I am most interested in sparoid (porgies, emperor snappers, and threadfin breams), lutjanoid (snappers and fusiliers), haemuloid (grunts), and carangoid (jacks) fishes. My marine biogeographic interests concentrate on the origins of biodiversity in the Indo-West Pacific, with a special interest in the Philippines and the wider Coral Triangle. This has led to studies in comparative marine phylogeography and an NSF funded Partnerships for International Research and Education project (www.sci.odu.edu/impa/ctpire.html) . This project has led me to become interested in the use of Next Generation Sequencing and Advanced Genomics to understand fine-scale population genetic structure and marine connectivity that will be useful for marine conservation purposes. In addition, I intend to use these new methods to investigate adaptive genomics and anthropogenic induced eco-evolutionary processes.