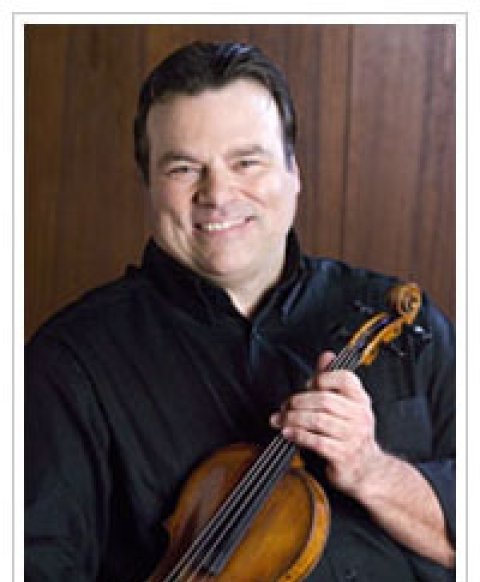 In his career as a soloist, chamber musician, orchestral leader, recording artist and pedagogue, Vahn Armstrong has established himself as a leading violinist of his generation. He is Concertmaster of the Virginia Symphony and Virginia Opera, and during the summer he serves as Concertmaster for Chautauqua Opera and Associate Concertmaster of the Chautauqua Symphony in Chautauqua, New York. Mr. Armstrong is a charter member of the Virginia Waterfront International Arts Festival Chamber Music Series, and leader of the Chautauqua String Quartet. For ten years, Mr. Armstrong performed throughout the U.S. and Europe with the award-winning New World String Quartet.Mr. Armstrong has recorded for MCA Classics, New World Records, Musical Heritage Society, and others. He has been a frequent guest on NPR's Performance Today, WGBH's Morning Pro Musica, WNED's Music from Chautauqua, and BBC London. He was also Artist-in-Residence at Harvard University, University of Michigan, Music Academy of the West in Santa Barbara, California and Music West at Utah State University.A native of Michigan, Mr. Armstrong holds BM and MM degrees from the Juilliard School, where he was a scholarship student of Dorothy DeLay. He now resides in Norfolk, Virginia and enjoys sailing on the Chesapeake Bay and its tributaries.