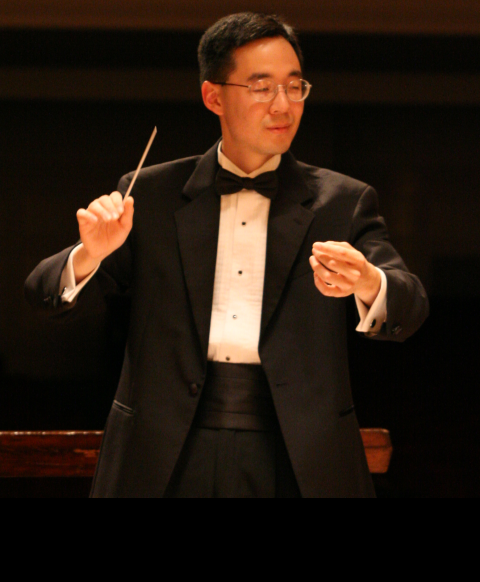 Conductor, composer, and violinist Paul Sanho Kim is an associate professor at Old Dominion University, where he directs the ODU Symphony Orchestra, teaches conducting and violin, and coordinates the strings area. He is also music director of the Orchestra of the Eastern Shore and the symphony orchestra conductor of the Czech Music Camp for Youth. Kim has led performances with the Virginia Symphony, Roanoke Symphony, and university orchestras across the U.S. and in China, and he was previously the conductor for Eurythmics star Dave Stewart and his Rock Fabulous Orchestra. He was also the conductor and producer for the album Carl Roskott: Works for Violin, released by Centaur Records.

Kim is the composer of nearly thirty original works. Where Darkness Meets Light, a multimedia composition for violin and cello, was performed at the Chrysler Museum of Art and at the 2017 Glass Art Society Conference to critical acclaim, and a digital album of the music (with Kim on violin) is available on iTunes and CD Baby. His arrangements of Radiohead songs for string quintet Sybarite5 have been performed on NPR’s Performance Today as well as at Carnegie Hall and Lincoln Center and have been released on Sybarite5’s album Everything in Its Right Place. As a violinist, Kim is a member of the Roanoke Symphony and has performed with the Virginia Symphony and Maryland Symphony as well as internationally.