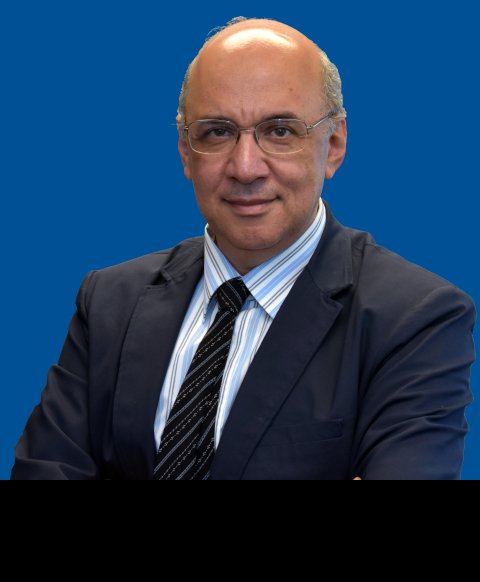 Received his BS degree from the University of Miami, Florida, in December 1979, his MS and Ph.D. degrees from the University of Illinois, Urbana, Illinois in January 1982 and January 1985, respectively, all in electrical engineering. Upon graduation, he worked as a visiting assistant professor at the University of Illinois conducting research in the areas of gas discharges and thin film deposition. In December 1985, he joined the Laboratory for Laser Energetics at the University of Rochester as a scientist. At Rochester he worked on femtosecond and picosecond laser probing of electronic and structural properties of material surfaces and thin films. He joined Old Dominion University in December 1992 and he is currently Batten Endowed Professor and Eminent Scholar of Electrical Engineering. His current research interests are mainly in laser-solid interactions, ultrafast laser probing of surface and thin film reactions, and thin film fabrication and characterization. He authored and co-authored 120 refereed journal articles and holds 2 patents. He was the recipient of the ODU 16th Annual Faculty Research Award in 2000, Excellence in Innovation in Hampton Roads Award from the Hampton Roads Technology Council in 2006, and the ODU Doctoral Mentoring Award in 2012.

Ph.D. in Electrical Engineering, University of Illinois at Urbana-Champaign, (1985)

M.S. in Electrical Engineering, University of Illinois at Urbana-Champaign, (1982)