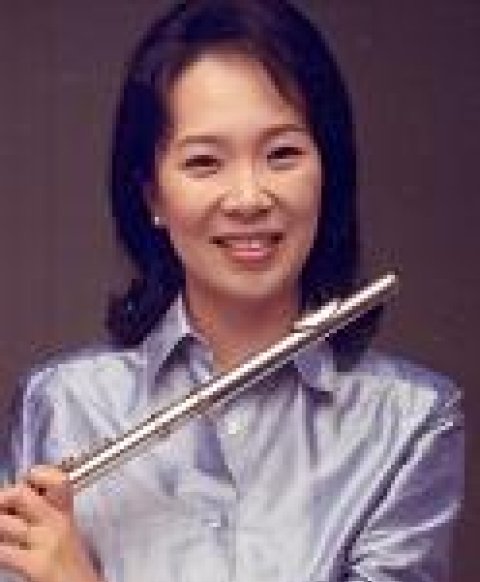 Bonnie Bokyung Kim began her music education at age six studying piano in Seoul, Korea. At fourteen, she began flute studies while attending school in Tokyo, and later graduated from the Music and Arts High School in Seoul. Bonnie received her Master of Music Degree from the Manhattan School of Music. She is a student of Madame Ida Ribera, Assistant to Jean Pierre Rampal. While in Paris, Bonnie attended the Conservatoire National de St. Maur and the Conservatoire du Municipal where she received the Diploma 1st Prize. Ms. Kim is a winner of the Young Artist Competition in France and Concours l’UFAM, Bellin and Nerini. She has served as a faculty member at the Manhattan School of Music, and Sam Yook University in Korea. Ms. Kim has performed numerous concerts in France, Korea and the US- including performances at Carnegie Hall in 1985, 1988, and 1990. She has taught master classes in Korea and in the US, and her students have won numerous competitions at regional and national levels, including two tieing for first place in the 1997 National Flute Association’s Young Artist Competition. Ms Kim feels that her greatest accomplishments are achieved through the progress made of her students of all abilities and levels. Ms. Kim is on the faculty of Old Dominion University and Hartwick College Music Festival.