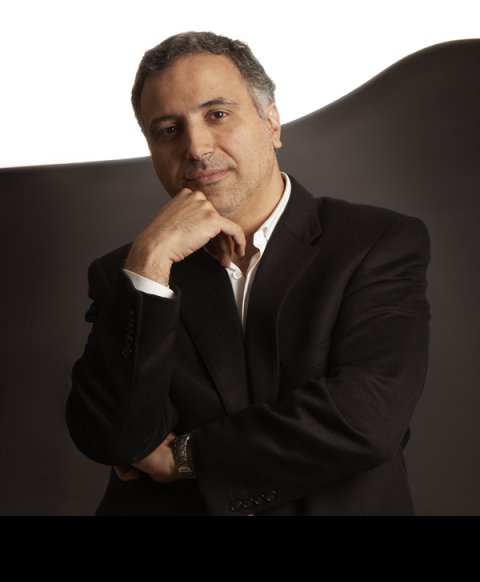 Dr. Andrey Kasparov was born in the former Soviet Union to a family of Armenian descent. At fifteen, he moved to Moscow, where he later entered the Moscow State Conservatory, graduating with honors in Music Composition and Piano in 1989 and 1990, respectively. He also holds a Doctor of Music degree in Music Composition from the Indiana University School of Music in Bloomington. Presently, Kasparov is Associate Professor of Music at Old Dominion University in Norfolk, Virginia. He is also Artistic Co-Director of the Norfolk Chamber Consort and a founding member of the Invencia Piano Duo.At Old Dominion University, Kasparov teaches undergraduate and graduate Music Composition, Piano, and all levels of undergraduate Music Theory. He also directs the New Music Ensemble which he founded and coordinates the departments of Composition, Piano and Music Theory.Kasparov’s works have been performed at Moscow Autumn; International Forum of Composers in Kiev, Ukraine; Internationale Ferienkurse für Neue Musik in Darmstadt, Germany; the Encuentros festival in Buenos Aires, Argentina, and many other festivals and venues in Moscow, New York, Paris, Yerevan, Ottawa, Chicago, Cleveland, San Francisco, and other cities in the world. Kasparov has appeared in concerts as a recitalist, soloist with orchestras and chamber musician throughout the former Soviet Union, Europe and the Americas. In 1994, he was a soloist with the Columbus Indiana Philharmonic in the world premiere of the newly discovered revised edition of Béla Bartók's Piano Concerto No. 3. Music critics describe Kasparov’s solo and chamber performances as “flawless,” “phenomenal,” “dazzling,” “electrifying” and “authoritative.” Reviewing the CD Hommages musicaux in the American Record Guide, James Harrington wrote, “Hats off to the Kasparov-Lutsyshyn piano duo team for bringing these fascinating pieces to us in their original forms.” Kasparov’s and Lutsyshyn’s CD with piano music by Adolphus Hailstork was released by Albany Records in May 2009 and recognized by the Fanfare Magazine as “a significant release.” He and Lutsyshyn have recently recorded the entire works by Florent Schmitt for piano duo and duet to be released by Naxos Records.Kasparov has won prizes at numerous composition and piano competitions such as the Second Prize at the Sergei Prokofiev International Composition Competition in Moscow and the Albert Roussel Prize at the Orléans International Piano Competition. He has been a recipient of various awards, including ASCAP, the Indiana Arts Commission Fellowship and a grant from the Yvar Mikhashoff Trust for New Music. In addition to Albany Records, Kasparov’s music and performances are featured on labels such as Atlantic Music Artist Agency in Ukraine, Vienna Modern Masters, and Contemporary Record Society. His compositions and articles have been published by the Kompozitor Publishing House in Moscow, Russia and Hungarian Music Quarterly in Budapest, Hungary.

Kasparov, A. (2002). Michal, a work for solo clarinet. European American Music for The Society of Composers. Journal of Music Scores.
Kasparov, A. (2001). Béla Bártok’s Third piano Concerto in the Revised (1994) EditionJanuary 2001. Hungarian Music Quarterly.
Kasparov, A. (2000). Piano Sonata No. 2 for piano. Kompozitor Publishers.