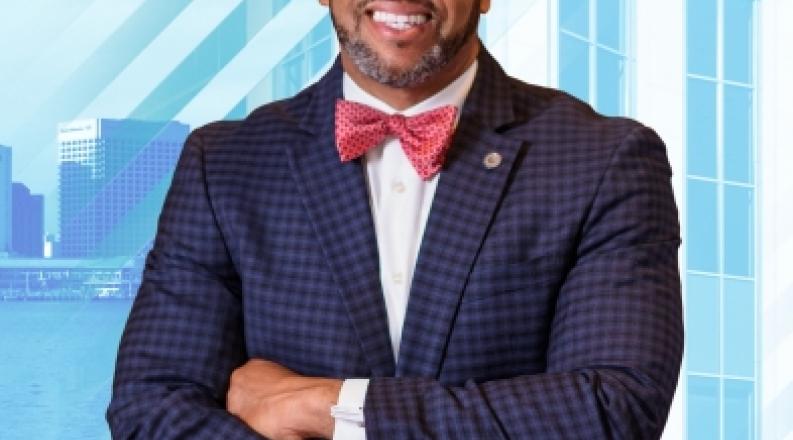 Dr. Hemphill has led Radford since 2016 and has been hailed as an innovative and forward-focused leader there. He previously served as president of West Virginia State University for four years and vice president for student affairs and enrollment management at Northern Illinois University for eight years.

With a strong background in student services, Dr. Hemphill has maintained a student-centered approach throughout his career, as well as a strong commitment to shared governance, diversity and inclusion.

He will be introduced to the community at a virtual "Get to Know President-Elect Hemphill" event at 2 p.m. Friday, Feb. 19. Click here to RSVP.

"It is both an honor and privilege to be selected as the ninth president of Old Dominion University, a dynamic public research institution that has proudly served the Hampton Roads region and positively impacted the Commonwealth of Virginia," Dr. Hemphill said.

"I must express my sincere appreciation to members of the Board of Visitors, the Presidential Search Committee, President Broderick and the campus community. My family and I are looking forward to becoming active members of Hampton Roads, making our home in Norfolk and proudly serving the Monarch family."

Dr. Hemphill will succeed President John R. Broderick, who is retiring as president after 28 years at Old Dominion and 13 years as its leader.

Kay A. Kemper, rector of Old Dominion's Board of Visitors, said: "We are indebted to President Broderick and First Lady Kate Broderick for devoting their life's work and hearts to ODU since 2008. As Old Dominion's longest-serving president, President Broderick has provided transformational leadership, earning recognition as a national leader in higher education. He has increased student success, promoted diversity and inclusive excellence, accelerated research and secured more than $1 billion in new public and private resources. The Brodericks will leave the University in an excellent position, poised for a bright future.

"We are confident that Dr. Hemphill will continue the University's upward trajectory," Kemper said. "The board was highly impressed with his substantial accomplishments in less than five years as president of Radford, as well as his commitment to a student-centered approach. Dr. Hemphill's successes range from enrollment management to fundraising, and many of his forward-thinking initiatives in such areas as health sciences and partnership-building mirror Old Dominion's longstanding strengths and priorities. We believe he will write an exciting new chapter for ODU."

President Broderick said, "I congratulate Dr. Hemphill on his appointment. I believe his strengths and values will align well with Old Dominion's culture and aspirations. In the remaining months of my presidency, we will work closely to ensure a smooth transition as we position Old Dominion for continued greatness."

Under Dr. Hemphill's leadership, Radford experienced record enrollment in the fall of 2019 and 2020. He implemented a Student Success and Retention Plan and established an Academic Success Center to improve the first-year experience and focus on retention and graduation.

Dr. Hemphill has secured hundreds of millions of dollars in public and private support to advance Radford's mission and expand its campus. During his tenure, Radford received its largest federal grant, worth $13.8 million from the U.S. Department of Education. Other allocations included $101 million in state funding for the largest capital project in Radford's history - the Center for Adaptive Innovation and Creativity, which will serve as a hub for interdisciplinary engagement and research.

Dr. Hemphill forged several partnerships throughout the community, including one that will bring a world-class hotel near campus. Under his leadership, Radford also established the Vinod Chachra IMPACT Lab, which provides online competency-based training to adult students in cybersecurity, geospatial intelligence and K-12 professional development.

He has significantly increased Radford's footprint in health sciences, overseeing the establishment in 2019 of Radford University Carilion through a merger with nearby Jefferson College of Health Sciences, which enrolled about 1,200 students. Radford has added 19 associate's, bachelor's, master's and doctoral degrees in health sciences to its curriculum.

He will join Old Dominion as it works to launch a School of Public Health with Norfolk State University and Eastern Virginia Medical School, expand telehealth efforts at its Virginia Beach Center and begin construction on a new Health Sciences Building.

Dr. Hemphill will take leadership of a university that has continued to thrive despite the pandemic.

Old Dominion experienced increases in enrollment in both the summer and fall semesters of 2020, the latter by nearly 3%. This semester, Old Dominion launched a new sport, women's volleyball, and is opening two buildings - a new Chemistry Building, with state-of-the-art facilities including a digital planetarium and 37 labs, and Owens House, a residence hall with 470 beds, named after ODU's first African American rector. In all, ODU has $250 million of buildings relating to STEM-H fields either under construction or about to commence.

Bruce Bradley, vice rector of Old Dominion's Board of Visitors and chair of the Presidential Search Committee, said: "I want to thank the Monarch community for its thoughtful feedback during the process. That helped us draft a thorough profile of the qualities and competencies required of the next president. We conducted an extensive national search, which drew 92 candidates. Dr. Hemphill was our top choice from an impressively strong applicant pool, which reflects Old Dominion's ascending stature and reputation."

Del. Luke Torian, D-52nd District, who chairs the House Appropriations Committee, praised Hemphill's advocacy for additional investments in higher education. "Brian is someone who puts a great deal of time and thought into his work," Torian said. "He is a skilled leader and one who is passionate about creating opportunities for students and advancing local communities. Due to his collaborative nature, he has built a number of close and meaningful relationships during his tenure at Radford University, and those will be very beneficial for Old Dominion University in its current and future endeavors."

Clemson University President James P. Clements, a close friend of Dr. Hemphill's, said, "Brian certainly left his mark on Radford University by increasing its reputation and visibility in the South with a focus on programmatic expansion and academic quality. I am fully confident that he will lead Old Dominion University with that same level of energy and excitement, as well as passion and poise. ODU has selected a great leader who both understands and values the importance of education and the unique roles of teaching, research and service. With Brian as its leader, there is no limit to what ODU can achieve."

Dr. Hemphill has led Radford through "an exciting period of unprecedented expansion and growth," Virginia Tech President Timothy Sands said. "Virginia Tech is proud to partner with Radford in further establishing an academic health center in Roanoke through a close collaboration with Carilion Clinic. Radford's involvement in this important work would not have been possible without Brian's commitment and leadership. I look forward to continued collaboration with Brian in his new role at Old Dominion University."

He has maintained an active presence in the classroom, teaching such classes as Communication and Leadership, Personnel Services in Higher Education and African American Imagery in the Mass Media. Dr. Hemphill is co-writing two books and has written or co-written more than two dozen journal articles on topics including student activism and student orientation.

He serves as chair of the NCAA Presidential Forum and of the Membership Committee of the Big South Conference. Dr. Hemphill was named to Virginia Business's 2020 Power List. His other honors include the Bert Alan Watson Award for Excellence in Professional-Scholarly Presentation from the American Association of University Administrators and the NASPA - Student Affairs Administrators in Higher Education Pillar of the Profession Award.

Dr. Hemphill received his bachelor's degree in organizational communication from Saint Augustine's University in Raleigh, North Carolina; his master's in journalism and mass communication from Iowa State, and his doctorate in higher education administration and policy studies from the University of Iowa.

He is married to Dr. Marisela Rosas Hemphill, the first lady of Radford University, who is an advocate of providing students with multicultural and global experiences. Her previous positions include director of student activities at Colgate University in Hamilton, New York. She received her doctorate in student affairs administration and research from the University of Iowa.

The Hemphills are the parents of 8-year-old twins, Catalina and Cruz. Dr. Hemphill also has two adult children, Jada and Jordan. 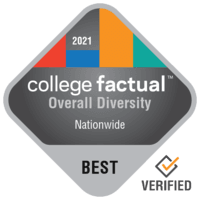 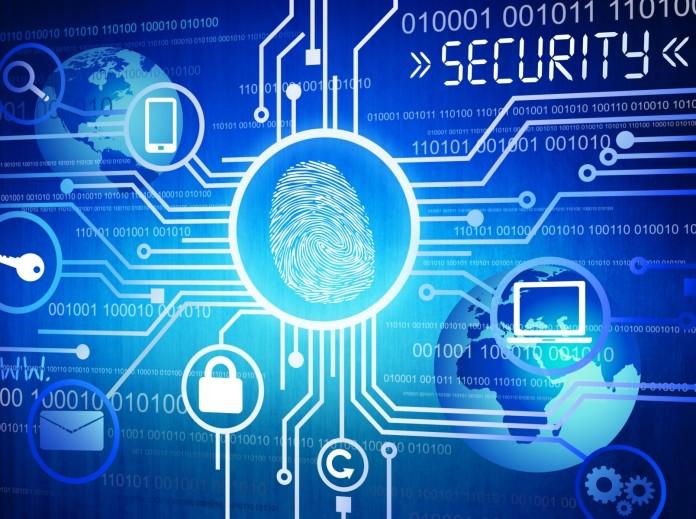 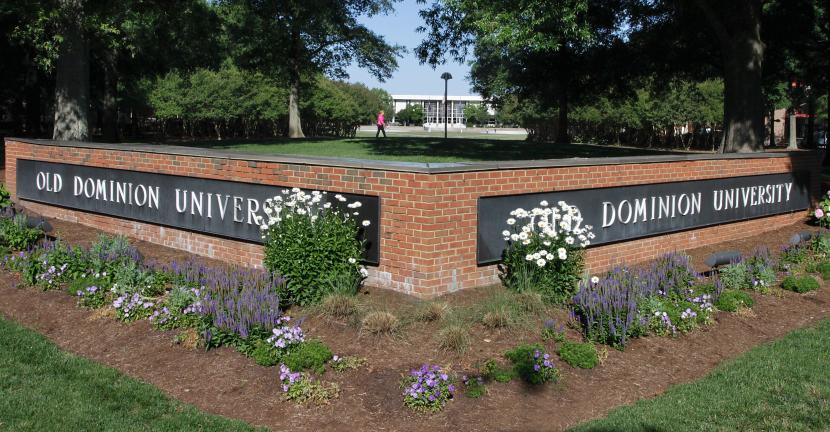