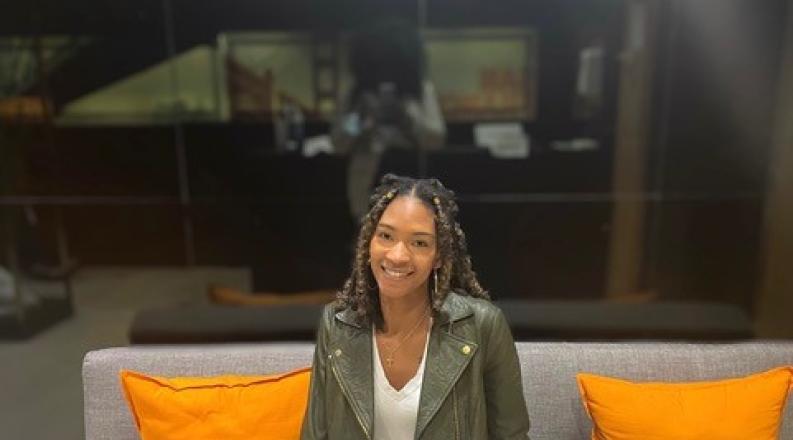 January 7, 2022
share
Brittney Crosby spent the summer of 2021 working in the New York City office of Peppercomm, a public relations agency founded by stand-up comedian Steve Cody that prides itself on relationships "built through laughter."

Brittney Crosby won her first public speaking award at age 6. In fifth grade, her essay was selected for a Veterans Day assembly. By 13, she had emceed a pageant for her mom's sorority. When it comes to communications, she's a natural.

Now, the Old Dominion University senior has received national recognition for her work as an aspiring public relations professional. Crosby is the 2021-2022 recipient of the Public Relations Society of America (PRSA) Lawrence G. Foster Award for Excellence in Public Relations, providing $1,500 of funding related to her studies.

Crosby, who serves as president of the ODU chapter of the Public Relations Student Society of America (PRSSA), has approached her collegiate career like an architect, laying a strong foundation for her professional future.

"I don't know how she juggles everything. Being PRSSA president is like adding a job on top of her other responsibilities," said Brendan O'Hallarn, a lecturer in public affairs and media relations who serves as faculty advisor to PRSSA. "But just about every time I task her with something for the organization - which is often - she's already on top of it, along with the three other things I've forgotten."

Crosby's secret to success as an undergraduate: show up.

The Loudoun County native first toured ODU during a church field trip when she was 14. Based on that visit, she determined the University was where she was meant to be. "It's the only school I applied to," she said.

In public relations, she found a perfect fit for her strengths in writing and public speaking.

"I didn't know much about PR when I arrived at ODU, but I wanted to participate in more clubs and activities on campus," she said. "PRSSA stood out to me because it was a professional development club that would connect me to resources, like networking and internships. All I had to do is show up, and then opportunities began to fall in my lap. So I took them!"

Through PRSSA, Crosby has been able to connect with public relations professionals in Hampton Roads, attend virtual conferences and apply what she's learning to encourage students to participate in the organization.

When seeking part-time work, Crosby found an on-campus job that adds relevant knowledge to her resume. She works as a public relations student associate in the Webb Center, gaining experience in the day-to-day promotion of the facility through social media. She takes pictures, brainstorms content ideas and creates analytics reports to measure how social media posts are performing.

To supplement her classroom and campus experience, Crosby knew she wanted to work closely with public relations professionals before she collects a diploma this spring.

After attending the virtual PRSSA ICON conference in 2020, Crosby identified intriguing agencies and did her homework, using Google and social media to learn more about their cultures, clients and employees. Through LinkedIn, she reached out to employees who managed recruitment and asked about available internships.

Her work paid off when she connected with the chief talent officer for Peppercomm, a public relations agency founded by stand-up comedian Steve Cody that prides itself on relationships "built through laughter." After two interviews, she was hired to spend the summer of 2021 working in its New York City office. Crosby helped research media outlets and journalists, strategize for client projects and conduct influencer outreach.

"My job description kept growing based on what I could handle," she said. "I was proactive about asking for opportunities to try new things."

Crosby thrived in the fast-paced environment of an agency where, on any given day, she could work on projects for clients in a wide array of industries, including Pizza Hut, Dole Packaged Foods, Travelers Insurance or trivago. She discovered lessons she'd learned in previous roles, including a classroom trial of the media monitoring platform Meltwater, paid dividends in her internship.

"I realized we are always learning things in the classroom that can be leveraged," she said.

As she prepares to graduate, Crosby is thinking about what new skills she'd like to learn or industries she'd want to explore. In the fall, she started researching potential agencies for post-graduate internships, possibly in fashion, luxury goods, real estate or entertainment.

When she entered the competition for the Foster Award, she was asked to define excellence in public relations. Over the course of the pandemic, Crosby said she discovered a "newfound appreciation" for her focus and drive to make the most of every experience.

"I've found the best way I can achieve what I want is to be what I've identified as 'unapologetically bold,'" she wrote in her winning essay. "Being unapologetically bold means that I take initiative, speak my mind and own my words, because living my truth and owning who I am is something no one can take away from me." 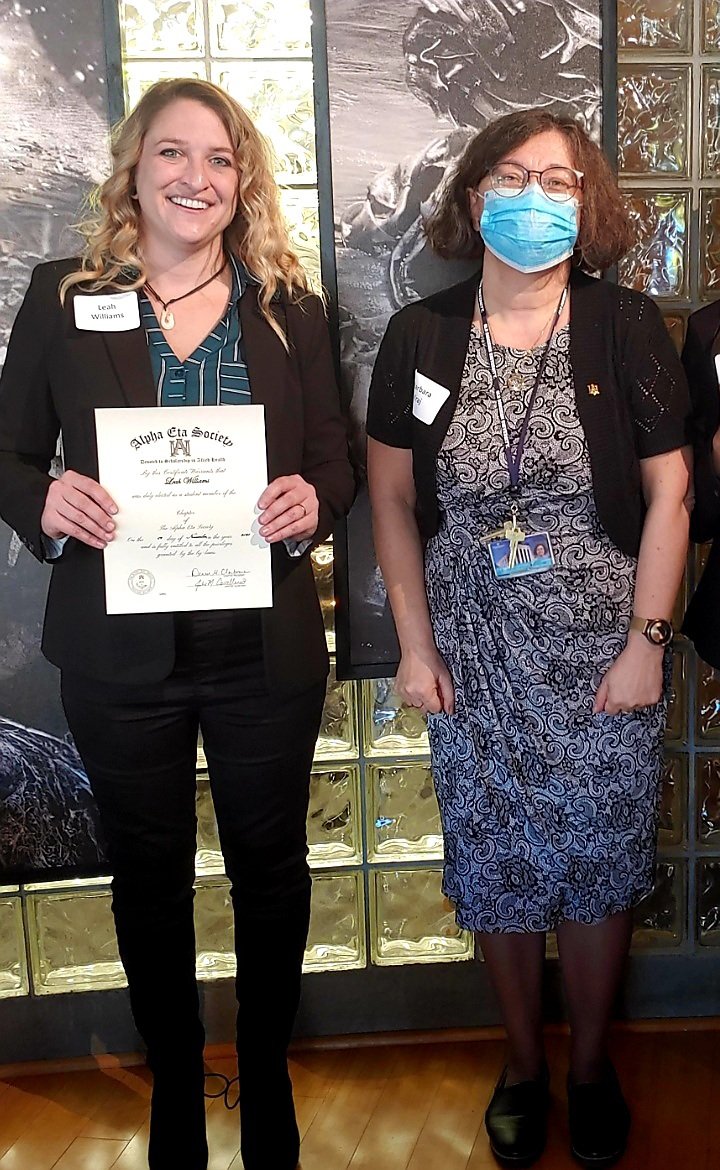 Senior Leah Williams earned one of the five awards given to students pursuing laboratory careers. (More) 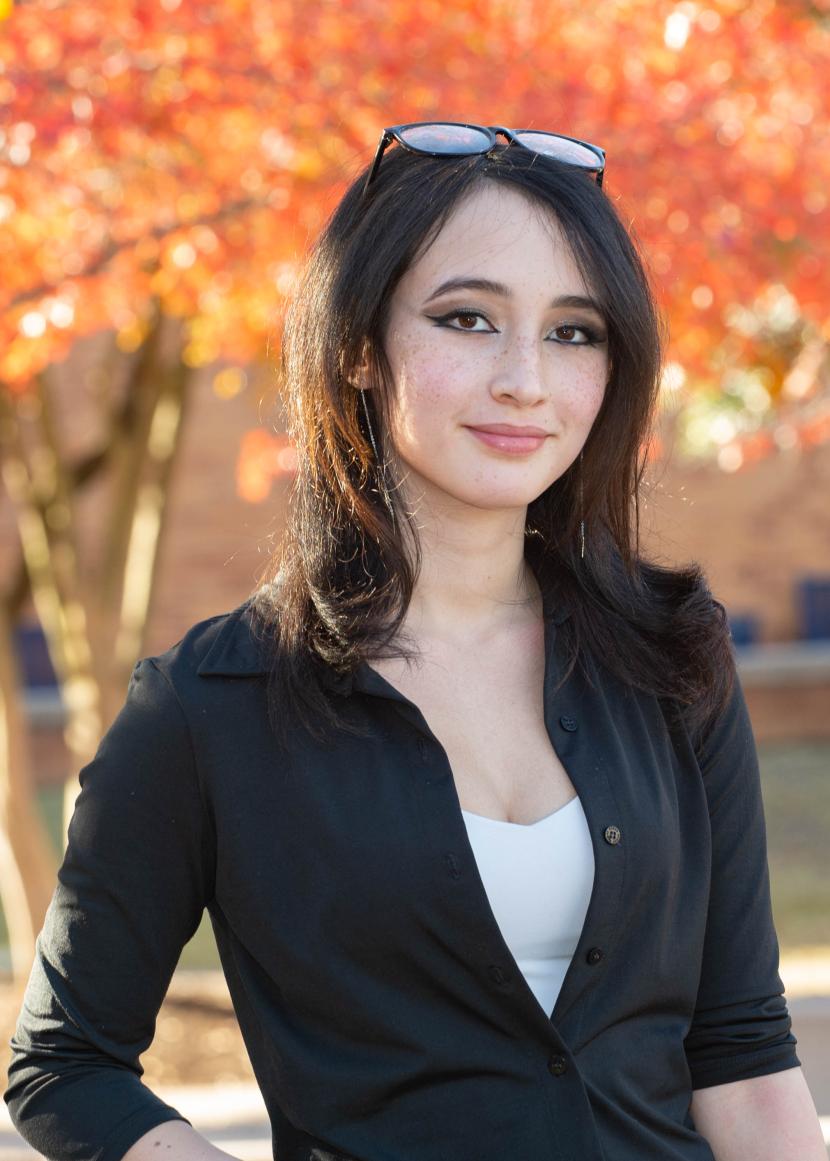 Biochemistry Major, Who Aspires to Be a Physician, Named Outstanding University Scholar

Jubilee Benedict was one of six graduating students recognized at the Alumni Association Student Honors and Awards Dinner. (More) 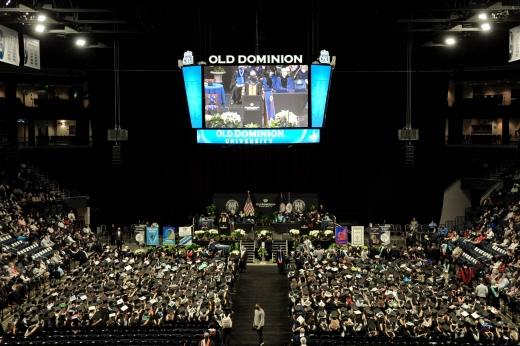