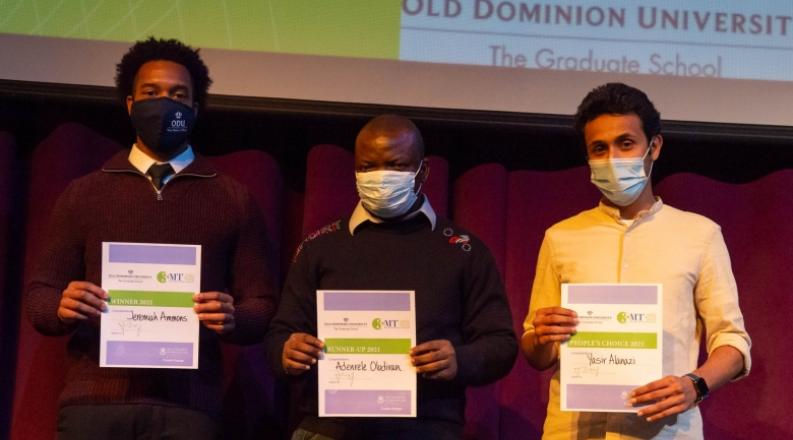 Jeremiah Ammons, who is pursuing a master's degree in psychology, won the Old Dominion University Graduate School's fifth annual Three-Minute Thesis (3MT), which was held Tuesday night at the University Theatre. His research was about which driver's seat position is optimal in autonomous vehicles.

Ammons was one of nine graduate students representing three academic colleges. He won $1,000 and will represent ODU at a regional competition hosted by the Council of Southern Graduate Schools in February in Raleigh, North Carolina.

Students had three minutes to present their scholarship in such a way that a general audience would understand and appreciate its importance and achievement.

"It is always a pleasure to see faculty, staff, students, friends, alumni and family members come together to support ODU's 3MT competition," he told an audience of approximately 340 that viewed the event in-person or via livestream.

Robert Wojtowicz, vice provost and dean of the Graduate School, discussed the important purpose behind the competition.

"The skills learned and performed tonight are substantial," he said. "Communicating ideas, making a case for a theory or application and advocating for the incorporation of these ideas into the public space are not easy tasks but are essential to research and scholarship."

Ammons' topic was "Sit up and pay attention! A study on automated driving."

He set out to determine how body postures affect attention while people are operating autonomous vehicles (AVs).

Ammons, whose faculty mentor is Jing Chen, pointed out that AVs can allow drivers to essentially become passengers. This could prompt them to recline their seats to more comfortable - but less safe - postures.

"Current AVs may fail unexpectedly, requiring the driver to retake control again," he said. "So, if a driver is sitting back and relaxing, and suddenly they have to drive again, how is attention affected? And with almost one of every two crashes being caused by inattention, it's of the utmost importance to determine this."

He said of three basic human postures - standing, sitting and lying down - he said his research showed that people's attention is highest when standing - even on a driving task.

"With safety in mind, vehicle manufacturers should incorporate standing into some of their future designs," he said.

But what to do until then?

During his research, he had AV drivers perform an automated task on a driving simulator that was programmed to fail unexpectedly. He put the seat into three positions - upright, slightly reclined or very reclined. He said AV operators in the upright posture were best able to react to the sudden changes.

Adenrele Oludiran, a chemistry Ph.D. candidate, took the $750 second prize for his research titled: "Even antibiotics need a helping hand: Role of Piscidins against Clostridioides difficile pathogen." His faculty mentor is Erin Purcell.

Clostridioides difficile is a bacterium that causes severe diarrhea and colitis and about 500,000 infections in the United States every year, according to the Centers for Disease Control and Prevention. This condition kills 25,000 Americans annually, especially among immunocompromised patients and the elderly, Oludiran said. And antibiotics can be "a major risk factor" because they can actually cause more harm - or even kill you.

"We discovered that piscidin alone can be able to kill off these bacteria cells," he said. "And, it can also drag up already existing antibodies. ... In the presence of piscidin, antibodies kill more bacteria cells at a lower dosage."

Yasir Alanazi, a computer science Ph.D. candidate, took the $500 "People's Choice" award, which was voted on by the audience. His topic was "Refining the face of physics: A machine learning tool to generate synthetic particle collisions." His faculty mentor is Yaohang Li.

He utilized data from a collision experiment in the particle accelerator at the Jefferson Lab to develop an artificial intelligence tool "that can generate synthetic particle collisions data" virtually identical to information gleaned from smashing actual electrons and protons together.

This work, which occurred over four years, allows researchers to "generate millions of data within seconds," he said. Other tools take days or even months "to generate the same amount of data with less accuracy."

"So, when the tool is faster, and more precise and less expensive, this increases the chance of major discoveries in particle collisions experiments," he said.

The other competitors and the titles of their topics were: Camisha Parker, Ph.D., education - community college leadership (The tale of two Tashas: A case for equity-minded leadership in community colleges); Katie Garcia, Ph.D., psychology - human factors (Drive and drown: A thesis on driving through flooded roadways); Oleksii Dubovyk, M.S., biology (Rare, distinct, not yet extinct: Unique birds and where to protect them); Alicia Milam, Ph.D., clinical psychology (There's a snake in my booth! Emotional and cognitive mechanisms of distress tolerance); Mohammadali Koorank Beheshti, Ph.D., business administration - marketing (Do you really mean it? The true meaning of online quality ratings); and Ana Dreab, Ph.D., chemistry (Take your fingers off my RNA: A fine way to fight disease).

Judging the competition were Melody Armstrong, a faculty instructor in the Department of Nursing & Allied Health at Norfolk State University; Seth Feman, deputy director for art and interpretation and curator of photography at the Chrysler Museum of Art; and David Young, deputy director of NASA's Langley Research Center in Hampton. Barbara Hamm Lee, executive producer and host of "Another View," a talk show that examines today's issues from an African American perspective that airs on 89.5 WHRV-FM and the owner of Sharing Info, LLC, a media/communications consulting company, served as emcee.

You can watch a video of the competition at this link. 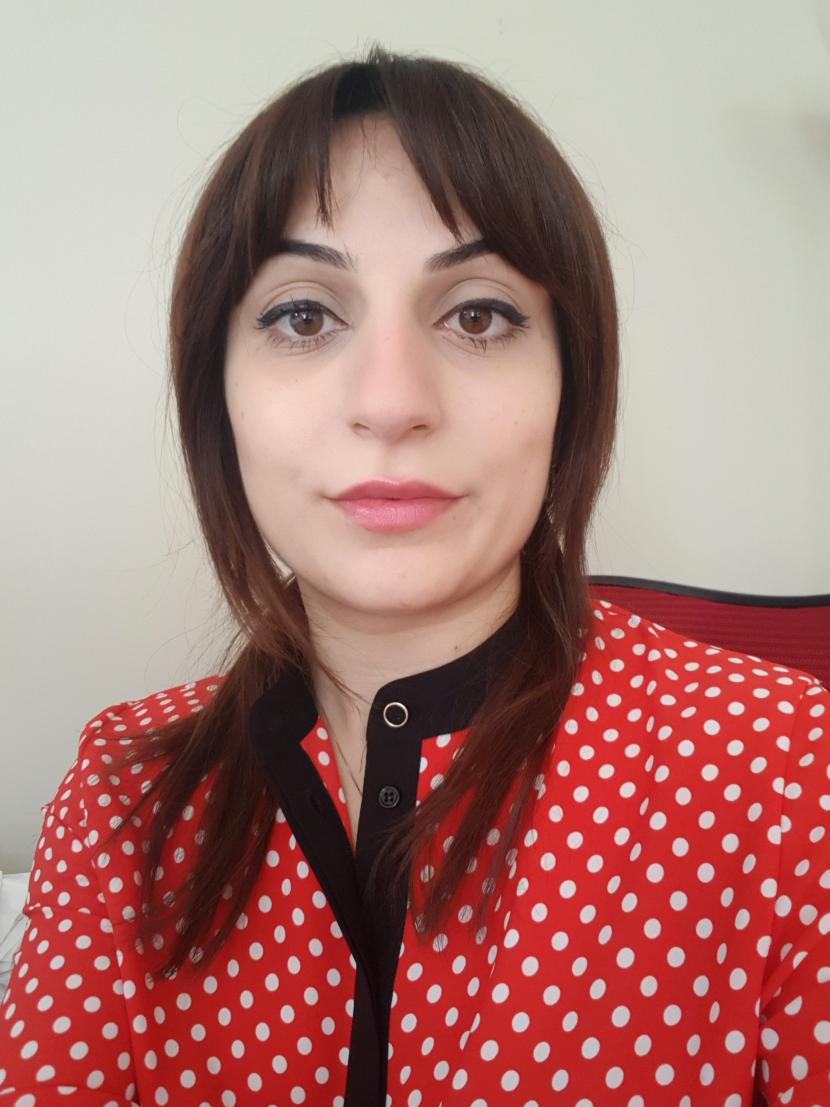 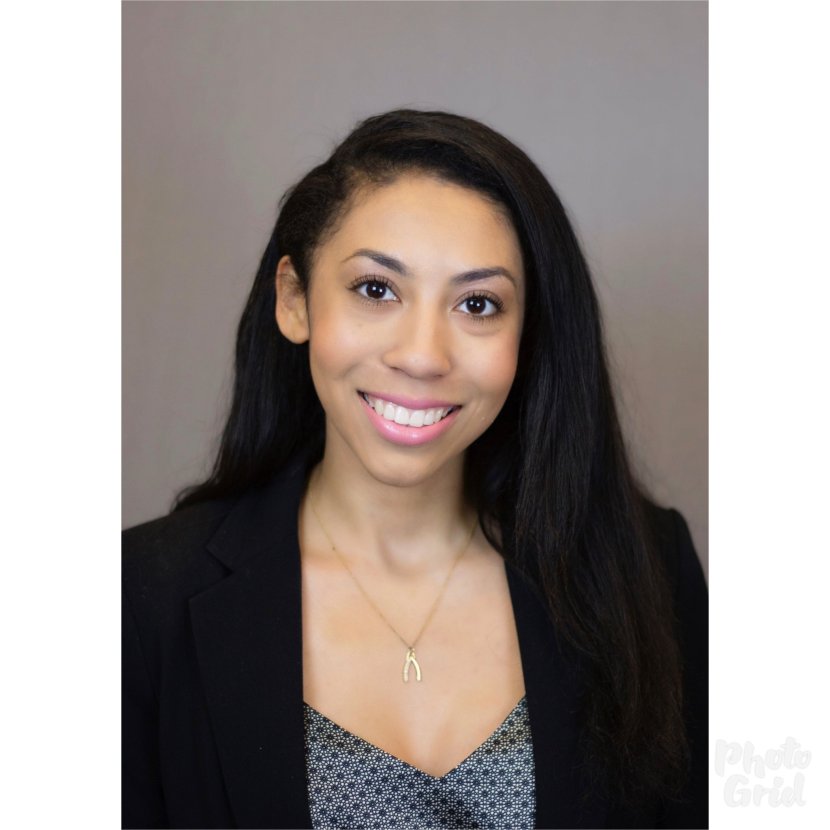 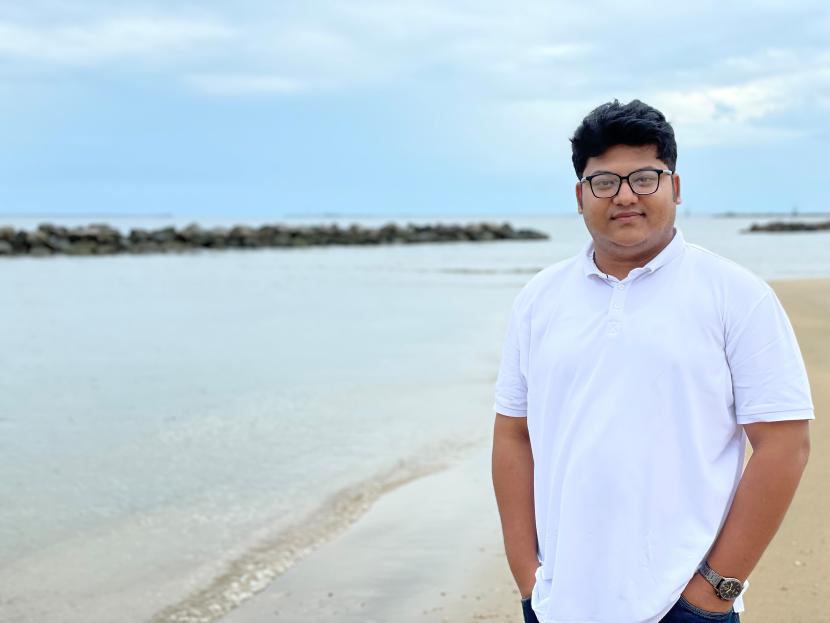