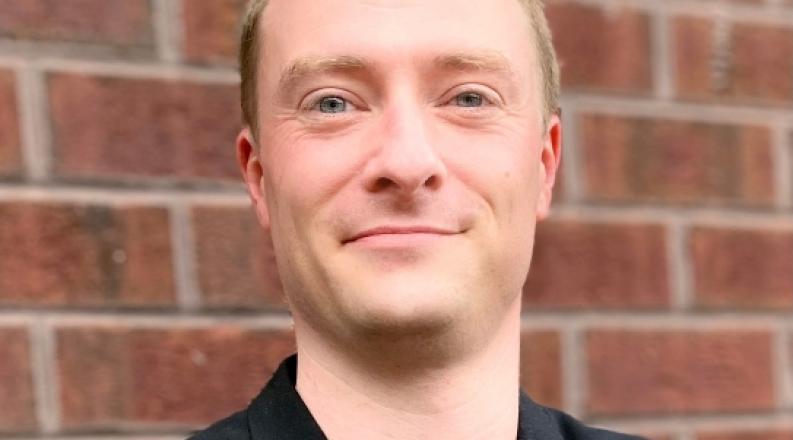 Matthew Mitchell had no time to lose. From the moment the father of six decided to switch careers from pastor to certified public accountant, Mitchell knew he had to follow an aggressive timeline to keep his family afloat. He wasn't sure if his goal was realistic until he met Doug Ziegenfuss, a professor in the School of Accountancy in the Strome College of Business at Old Dominion University.

"Dr. Ziegenfuss said ODU could accommodate my nontraditional needs, and he was right," Mitchell said. Within two years, Mitchell managed to complete his credit requirements to sit for the CPA exam and with the guidance of his mentors both at ODU and his employer, BDO in Norfolk, he became one of the top scorers on the 2020 CPA exam in the United States.

Out of the nearly 75,000 people who sat for last year's CPA exam, Mitchell was one of 89 test-takers recognized with the Elijah Watt Sells Award, which is given to participants who pass all four rigorous CPA sections on their first attempt with a cumulative score greater than 95.5.

It was an incredible feat considering he only made the decision to pursue becoming a CPA in April 2018 after an eight-year career as a pastor. To become a licensed CPA in Virginia, aspiring accountants need 150 credit hours. After taking the initial required courses at Tidewater Community College, Mitchell enrolled at ODU. He joined Beta Alpha Psi (BAP), the international honors business fraternity for accounting, finance and information systems students. Through BAP, he was introduced to local accounting firms, including BDO.

"BAP does a really good job of providing an on-ramp for accounting students," Mitchell said. "BAP has incredible connections to the firms; a lot of work has gone into facilitating the move for business students from the classroom to a career."

At a rooftop reception, Mitchell met BDO Hampton Roads Market Leader Ed Amorosso '78 and Assurance Office Managing Partner Marty Ridout '88, both ODU alumni with a commitment to mentorship. Mitchell, a busy dad who had only completed a few credits, was not the typical candidate for what's called a "busy season" internship, falling between the tax-preparation time frame of January to April.

Mitchell said he replied, "Yeah, but is it impossible?"

He was hired and assigned to the audit department, where he was mentored by Ridout. He weathered his first busy season while taking classes, preparing for the CPA exam and juggling parenting duties.

"I knew the window was limited for how long I could sustain not working full-time, and that's what the aggressive pace was about," Mitchell said. "I knew that on paper, I had only taken my first accounting class six months prior, but I also knew I could do this."

For Amorosso, mentoring Mitchell was an opportunity to pay forward guidance he received from a fellow ODU alum. Amorosso joined the present-day BDO, the fifth-largest accounting firm in the world, after graduation from ODU when the company was McPhillips, Lieland and Miller. He was mentored by a firm co-founder, J. Vincent McPhillips, a graduate of ODU when the school was an extension of The College of William & Mary. McPhillips also won the Sells Award. Amorosso became partner in 1986 after only eight years and began managing the firm in 1994.

BDO's core purpose is to "help people thrive every day." Amorosso attributes his fast track of growth within the company in part to the indirect mentorship he witnessed, seeing others lead by example. Today, Amorosso says recruitment and mentorship is one of the highlights of his career and is built into BDO's culture.

The BDO team steadfastly supported Mitchell's quest to win the Sells Award. When he scored a 93 on the first exam, a 97 on the second and a 96 on the third, he realized he could qualify if he scored a 97 or higher on the final test. He sat for the exam in August 2020 and waited five torturous weeks for his results.

He scored a 99, the highest possible score.

"I had approached that the same way I approached every part of this process. A lot of people depend on me, so there is not a margin for error," Mitchell said. "If I was going to take the risk of changing careers, knowing it's a pretty ambitious thing to do, I wanted to make sure I was giving it everything I had."

Mitchell continued to work for BDO until he was recently hired by a BDO client, with the full support of Amorosso and Ridout. With determination and the assistance of ODU faculty, staff, students and alumni, Mitchell proved a complete career switch was possible.

For Ziegenfuss, Mitchell's success was gratifying, if not surprising.

"Employers hire skillsets; they don't hire content," Ziegenfuss said. "I could tell very early that Matthew had the skillset to succeed at anything he wanted to do." 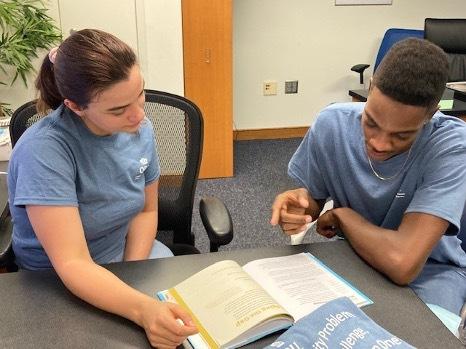 The collaboration with Newport News Public Schools evolved over the past two years out of a social entrepreneurship course taught by Associate Dean Connie Merriman. (More)

The initial program explores arts and social justice in the collective learning experience, including academic courses and public programs. (More) 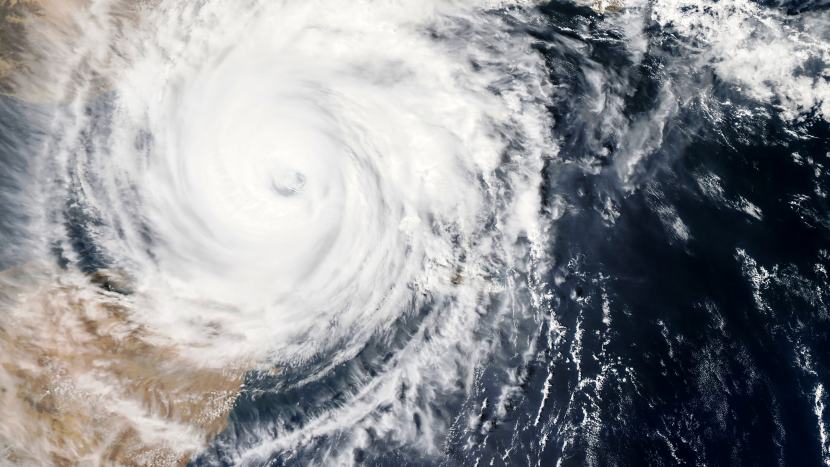 Report also recommends that state and local officials invest in planning to get vulnerable and medically fragile populations back into their homes faster. (More)