‘Museum of the Moon’ Will Illuminate ODU 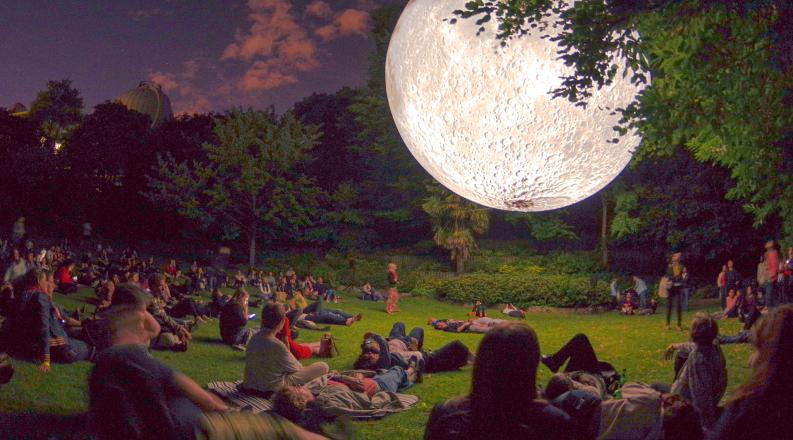 Since the dawn of humanity, the moon has captured the imagination of the stargazers. The silvery orb has inspired poets, composers, astronomers, painters, presidents, Pink Floyd and Frank Sinatra. And now, the moon has been painstakingly recreated by British artist Luke Jerram, whose traveling installation "Museum of the Moon" will be on display from Oct. 15 to 17, weather permitting, on the campus of Old Dominion University.

The Barry Art Museum plans to illuminate Norfolk with a festival celebrating Jerram's sculpture and highlighting lunar-related work by ODU researchers, community partners and artists. The moon will be on view on 43rd Street between Hampton Boulevard and Monarch Way.

"Museum of the Moon" is a large-scale, luminescent sculpture of the moon featuring detailed NASA imagery of the lunar surface. Twenty-three feet in diameter and highly detailed, the moon was built to an approximate ratio of 1:500,000. The installation is scored with music by award-winning composer Dan Jones. The artwork has been presented in more than 30 countries and experienced by over 10 million viewers.

"We are thrilled to be hosting this stellar installation by world-renowned artist Luke Jerram. After such an unpredictable year and a half, we hope that the awe and wonder of the moon will unite us all and inspire everyone who visits," said Charlotte Potter Kasic, interim executive director of the Barry Art Museum.

Festival Invites Stargazers of All Ages

The moon is accompanied by a program of events in the weeks leading up to the exhibition and a festival during the installation daily from 5 to 9 p.m. Events include lectures, readings, activities and live performances from community partners.

While basking in the glow of the moon, visitors of all ages can complete hands-on STEM activities at the NASA activity booth; observe the sky through telescopes with local astronomers from the Back Bay Amateur Astronomers; check out the Virginia Museum of Fine Arts Artmobile's traveling exhibition, "A View from Home;" see performances by ODU Dance and Native American Indian dance troupe Red Crook-ed Sky; and watch the Chrysler Museum Glass Studio artists complete lunar-inspired live glassblowing demonstrations.

At the Gordon Galleries, visitors can view "Life and Limb: Works by Matt Sesow," and the Community Market on Monarch will offer a variety of local vendors, artisans, musicians and food from 4 to 8 p.m. daily during the festival.

On Oct. 16, Pink Floyd tribute band, Beach Floyd, will perform "Dark Side of the Moon," inviting visitors to dance in the moonlight.

Several environmental groups will have informational tables at the festival, sharing their work related to sea level rise - a direct impact of the moon's gravitational pull, which causes low and high tides.

The recently reopened Michael and Kimthanh Lê Digital Theater and Planetarium is offering a full schedule of programming, including an Oct. 8 reading and projection celebrating the 75th anniversary of "Le Petit Prince," the book by Antoine Saint-Exupéry about a planet-hopping young prince.

The full schedule of supportive programming and festival activities and performances can be found here.

The moon installation is complemented by "Waxing & Waning: A Companion Exhibition to Museum of the Moon," on view Oct. 1 to Dec. 1 at the Barry Art Museum with free admission. The exhibition combines artworks from the Museum's collection alongside works loaned by renowned local ODU art professors, the Chrysler Museum of Art and scientific specimens from the Michael and Kimthanh Lê Digital Theater and Planetarium. Exhibiting artists include Ansel Adams, Peter Eudenbach, Kota Ezawa, Rockwell Kent, Greta Pratt and James Turrell.

In conjunction with this exhibition, the Museum will present two lectures as part of its monthly series: "Earth Without Moon." The first is a conversation between Eudenbach, internationally exhibited artist and chair of the ODU Art Department, and Hans-Peter Plag, ODU ocean, earth and atmospheric sciences professor, on Oct. 7. The second will be a Nov. 4 panel discussion, "On Passing Time and Rising Tides: Voices of Resilience in Tidewater and Beyond," a conversation about flooding. It is hosted in partnership with the Institute for Coastal Adaptation and Resilience (ICAR). Information on the exhibition and lectures can be found here.

Jerram's multidisciplinary practice involves the creation of sculptures, installations and live art projects. Living in the United Kingdom but working internationally for 19 years, Jerram has created a number of extraordinary art projects that have excited and inspired people around the globe. Jerram has a set of different narratives that make up his practice which are developing in parallel with one another. He is known worldwide for his large-scale public artworks.

"Luke Jerram: Museum of the Moon" and the accompanying festival are free and open to the public. It is being held in conjunction with Homecoming festivities. 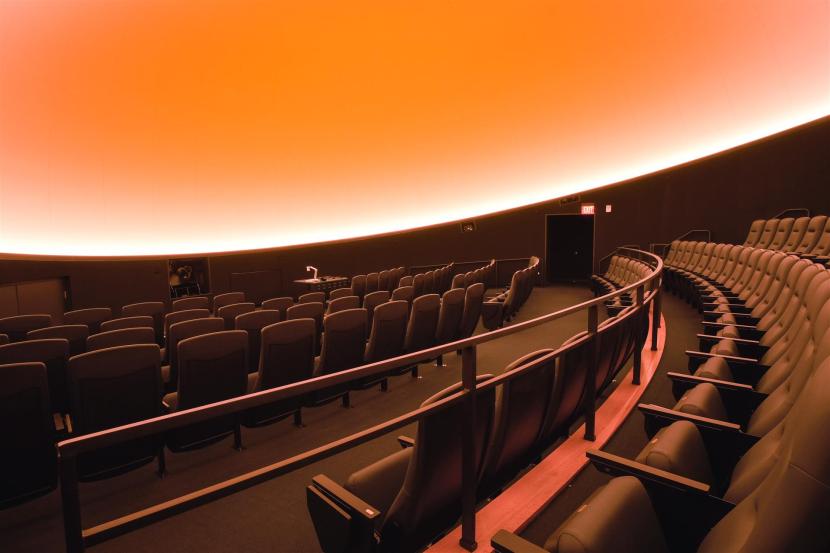 The programming had been forced into hiatus due to pandemic restrictions. (More) 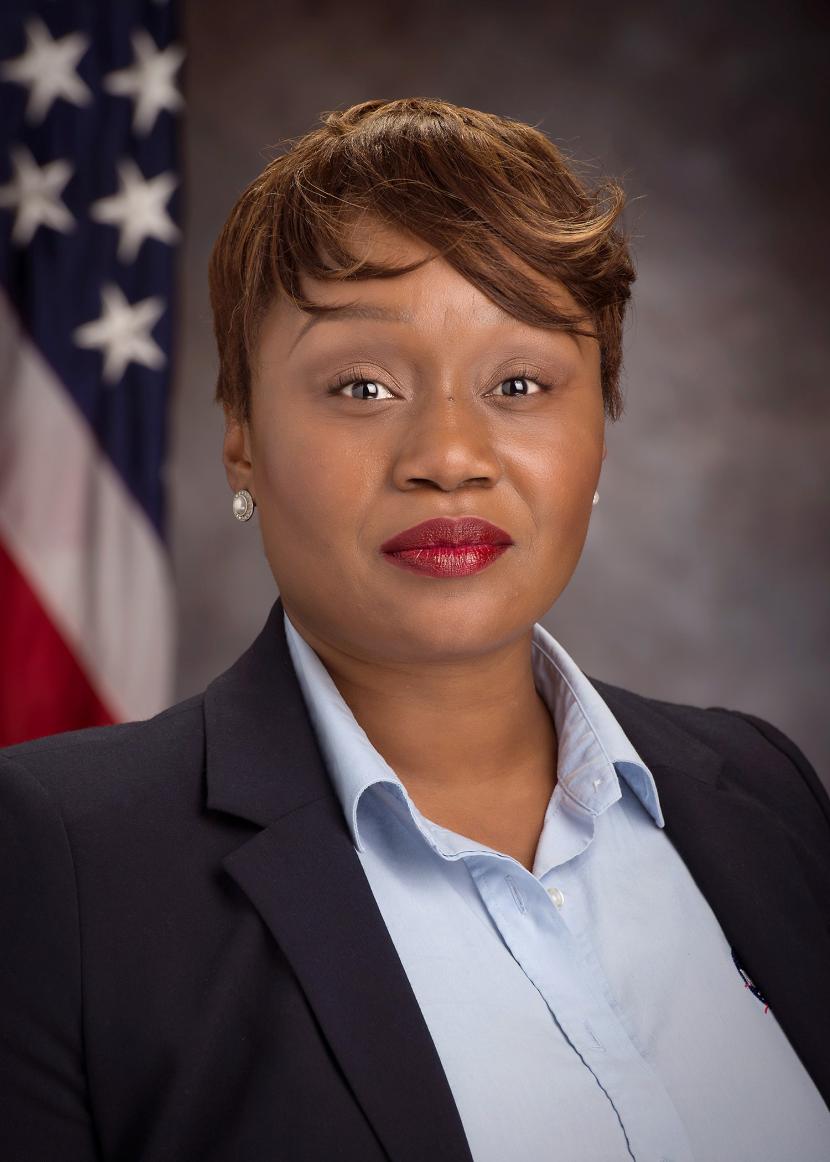 Rutherford’s unusual path to NASA included military service, working in retail cosmetics and returning to school at 30 as a single mother. (More) 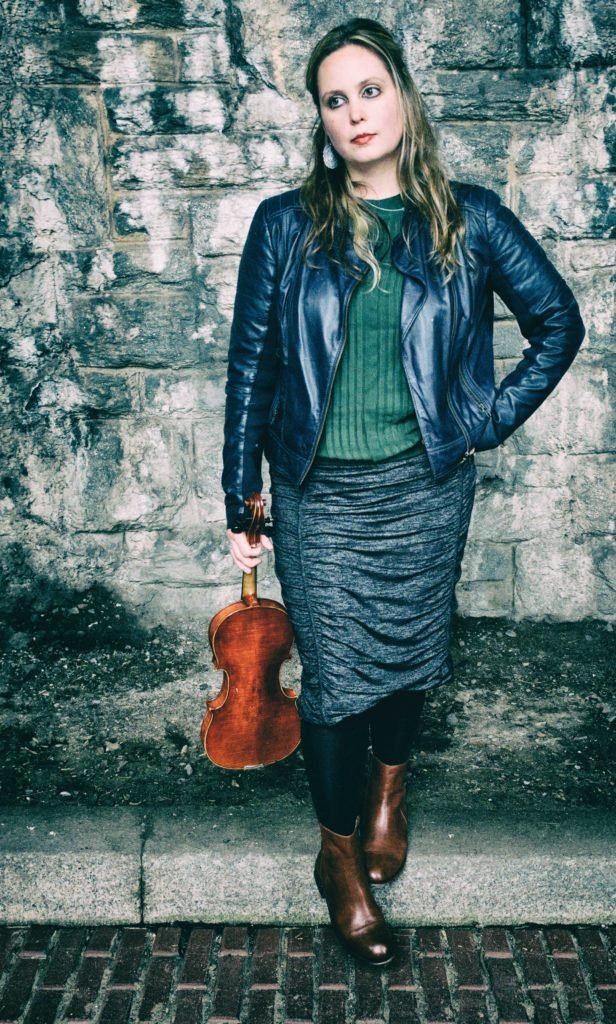 The accomplished performer and entrepreneur will lead the School of Music in fundraising and development initiatives. (More)