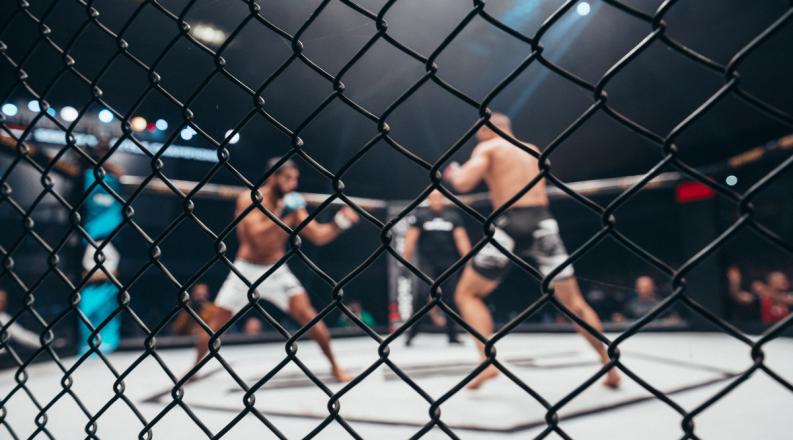 By Mindy Ayala-Diaz and David Simpson

Sport marketing researcher Lamar Reams knows his way around the ring – not to mention the octagon, the gridiron, the diamond and the basketball court. An expert in what drives the behavior of sports consumers, Reams is an Old Dominion University administrator and faculty member.

He’s also now been elected president of the Sport Marketing Association (SMA). That’s an organization of more than 350 members, most of whom are university professors of sports marketing and management. Founded in 2002, the SMA has led the effort to expand the body of knowledge in sport marketing by providing forums for professional interaction among practitioners, academics and students.

“I’ve been a member of the SMA for quite some time, and I look forward to the organization’s continued work to support sport marketing research and principles,” said Reams, associate dean for professional studies and research in the Darden College of Education and Professional Studies. “SMA has been vital to the success of my career.”

He has published empirical studies on a multitude of sport marketing areas, including the impact of fighter rivalries on mediated sport consumer behavior, the influence of fighters’ star power on pay-per-view demand, and the avidity levels of MMA fans and how that measure contributes to where and how they choose to watch the sport (sports bars, electronic devices, unauthorized internet streaming).

“One of the most interesting projects was in relation to the star power of fighters and how that drives demand for pay-per-view events,” Reams said.

In that study, the researchers looked at data that captured the star fighter’s social media popularity, performance record, and appearances in general media, along with the sense of rivalry that may exist between the fighter and his or her top opponent.

“We found that those are pretty significant factors that contribute to why people are willing to pay that extra $70, $80 – and in some cases over $100 for a major pay-per-view event.”

In that same paper, the authors suggested that, based on their findings, a potential championship bout between Conor McGregor and Khabib Nurmagomedov could be a blockbuster event on pay per view.

“And lo and behold, months after that paper was published, that fight actually came to fruition, and it still stands as the most watched UFC (Ultimate Fighting Championship) pay-per-view event of all time,” Reams said. “So that was a fun aspect of that research.”

Reams, an associate professor of sport management, also researches sport sponsorship, an area of expertise he incorporated into his teaching. As associate dean, he no longer teaches as regularly as he once did.

Reams has been a member of the SMA executive board since 2019. In this role he developed an initiative to boost the demographic diversity of the organization through partnerships with historically Black colleges and universities, managed SMA’s research grants and professional awards, and organized symposiums. He has been published in SMA’s partner journal, Sport Marketing Quarterly.

Reams was elected SMA president in October at the group’s 2022 conference in Charlotte.