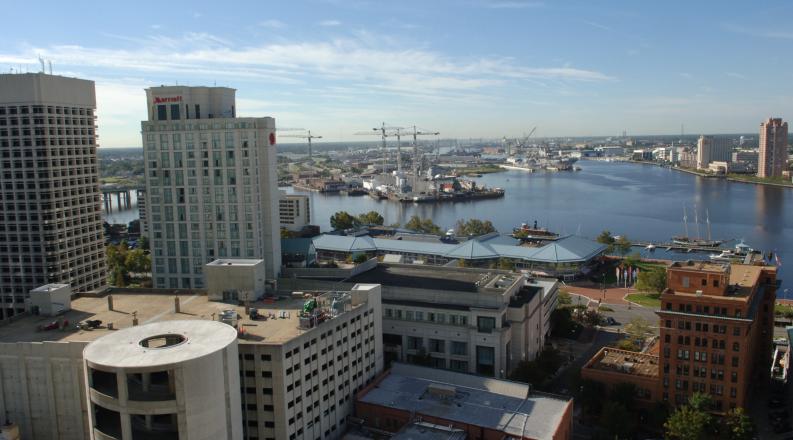 The Social Science Research Center (SSRC) at Old Dominion University recently completed data collection for the 13th annual Life in Hampton Roads (LIHR) survey. The purpose of this survey is to gain insight into residents’ perceptions of the quality of life in Hampton Roads as well as other topics of local interest, such as perceptions of police, politics, the economy, education, health and COVID-19, transportation, and other issues. A total of 639 telephone surveys were completed between May 31 and Aug. 19, 2022.  Surveys this year were all completed over the telephone, as was the case prior to 2020. In 2020, due to COVID-19, surveys were completed via online web panels. In 2021, a mixture of online web panels and telephone surveys were utilized. This year, a mixture of listed and random-digit dial (RDD) cellphone and landline telephone numbers were used. From 2012 to 2019, RDD landline and cell phone samples were used. This change limits to some degree the ability to compare this year’s results with those from previous years or to confidently generalize the results to the Hampton Roads population as a whole.  However, as with previous years, this year’s survey data was weighted to match a city’s population distribution on several variables including race, Hispanic ethnicity, age and gender, along with access to broadband internet service.  For more detailed information on the methodological changes and potential impacts please see the Methodology section in the full report or contact the SSRC directly. 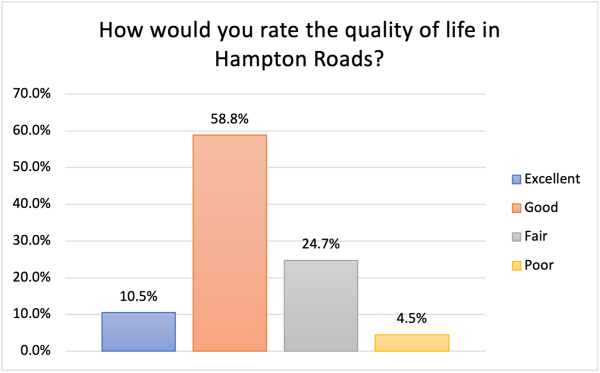 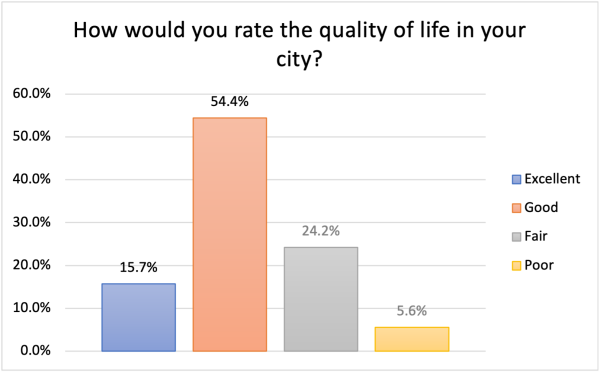 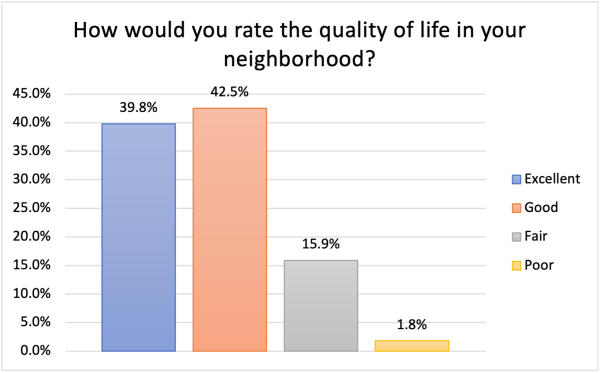 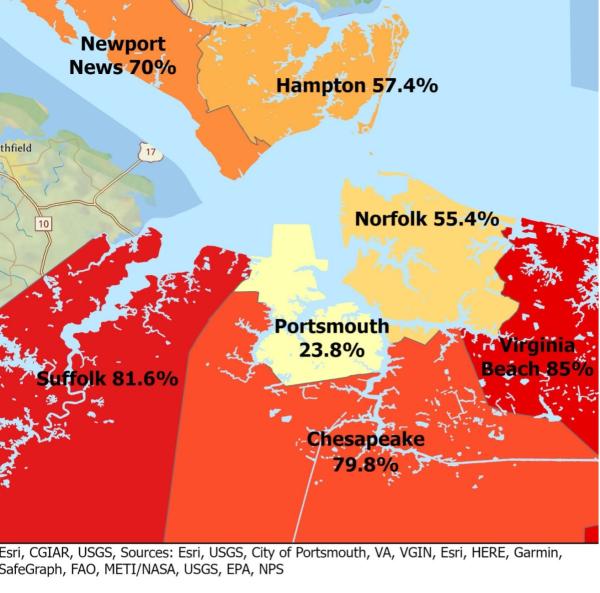 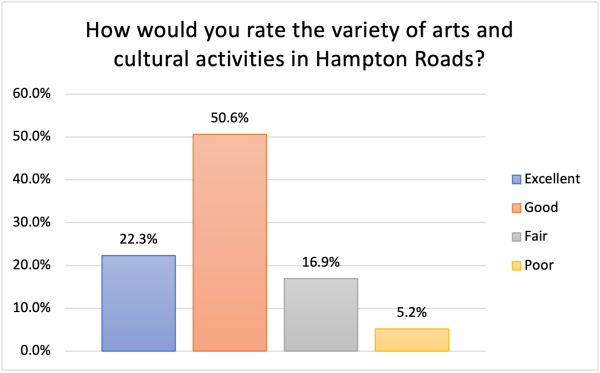 Additionally, more than half of respondents said they had visited a historical site, museum or monument in Hampton Roads in the last 12 months (53.4%). 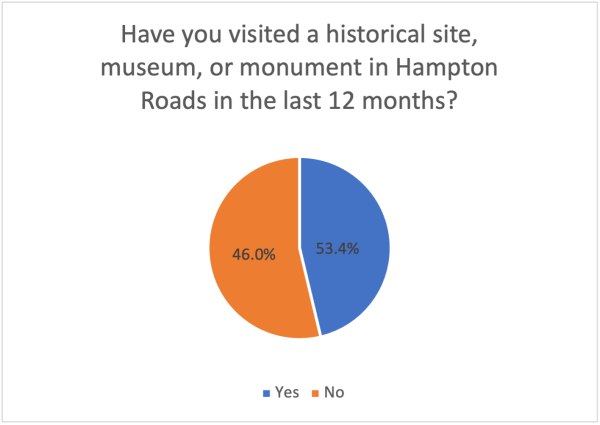 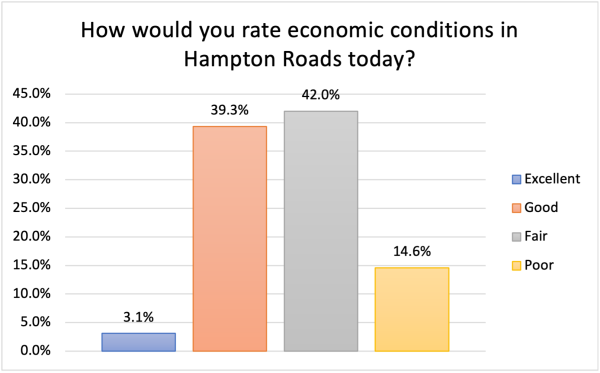 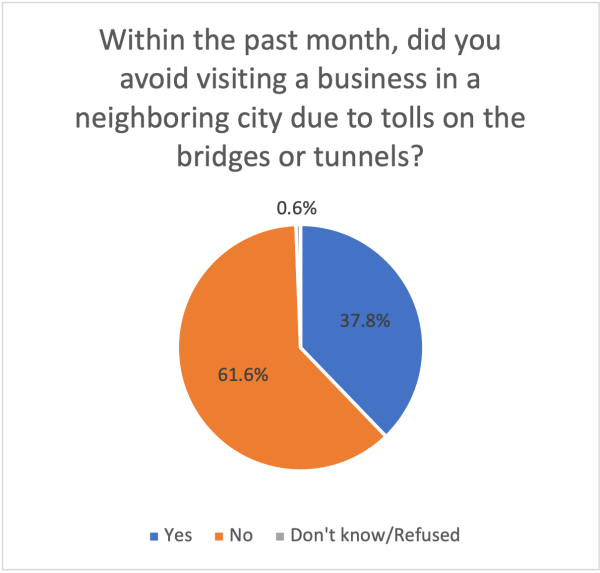 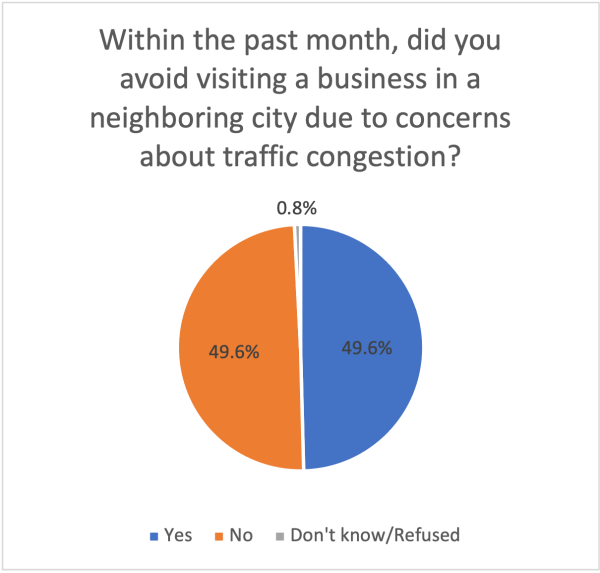 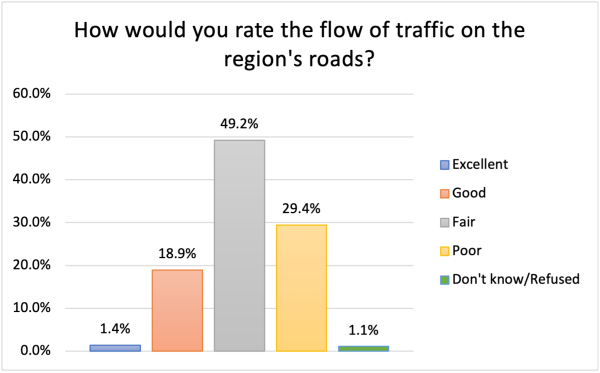 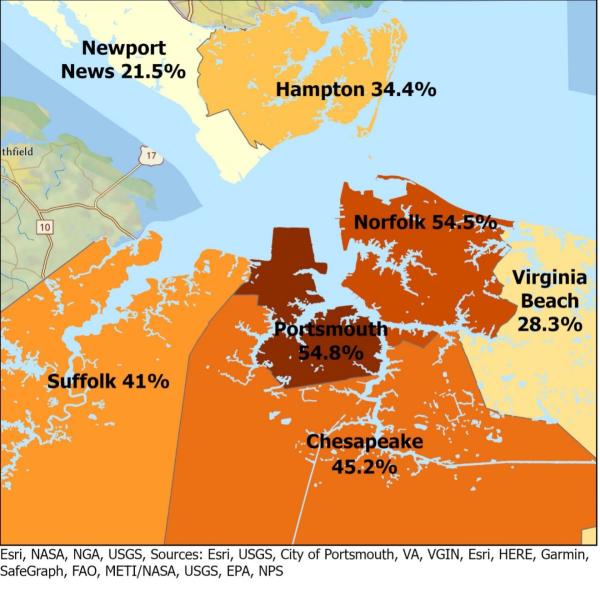