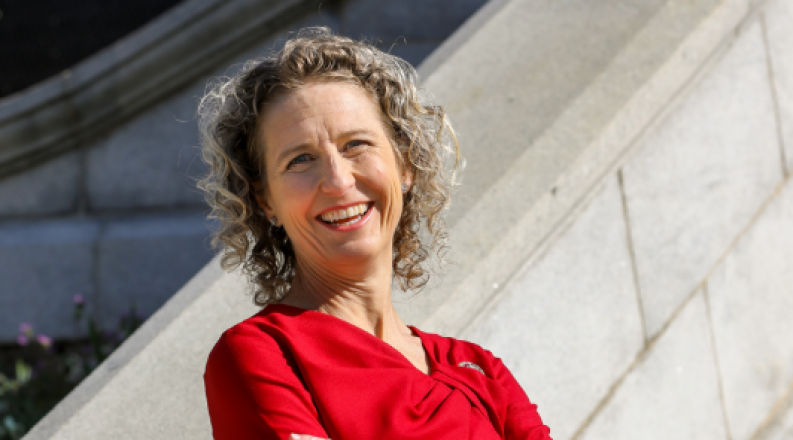 “We are here to celebrate tonight, but not just the victory of a political party, but we're celebrating the new day for our commonwealth and for our country,” Kiggans said during her victory speech. “We're here to celebrate a renewed commitment to restore American strength in our economy and our borders, in our community and on the world stage.”

A native of Tampa, Florida, Kiggans, 51, served as a Navy helicopter pilot for 10 years. After leaving the Navy, she received a bachelor’s degree in nursing from Old Dominion and worked as a geriatric nurse practitioner. She has also served as an adjunct faculty member in the School of Nursing since 2016.

In a 2020 interview, she said she decided to enter politics because “I felt like my priorities and what was important to me didn’t align with people who were representing me on the state and national level.”

“I got tired of being angry at the nightly news on my television and decided to get off the couch and do the job myself,” she added. “I was simply a frustrated average citizen with a military and health care background who wanted to contribute, to bring about a positive change and to make a difference.”

In her concession speech, Luria shut down her supporters’ boos over Kiggans’ victory.

“The success of this district depends on her success, and this was a hard-fought race," said Luria, 47. "She won this election, we came out short of where we wanted to land, but the truth is that we do need to wish her the best of luck.”

The contest was one of the most closely watched races in the country and was viewed as critical in determining which party would control the House when the 118th Congress convenes on Jan. 3.