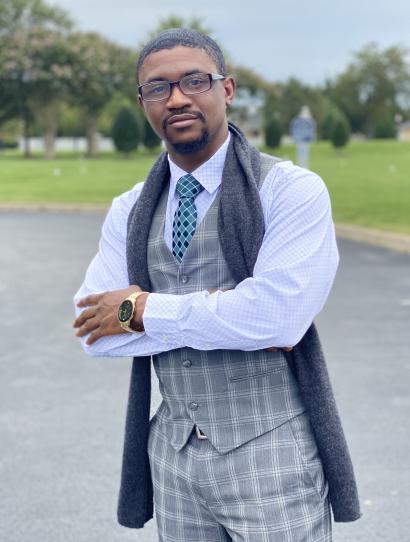 Jacob Alan Barnes said 60% of the profits from his business, First and Finest Home Care, will be used to provide free home health care for those in need.

When he was growing up in the west African nation of Ghana, Jacob Alan Barnes dreamed of coming to the United States.

"Coming to America for me was all about opportunity," Barnes said. "Whatever you put your heart and your mind to do, you can achieve here."

It certainly proved to be true for Barnes, who seven years after coming to America, will graduate with a bachelor's degree in health administration from Old Dominion University.

In January, he will begin operating his own home health-care business, which he organized, financed and gained approval from government agencies to run while attending ODU full-time.

He will be the first member of his family to graduate from college, and, he hopes, to earn a doctorate.

"A lot of kids are told they can't do things, or they don't have the means to do things, and they don't succeed. But Jacob has the ability to do whatever he sets his mind to do. He has a great combination of intelligence and a positive attitude and desire."

Born in Koforidua in the eastern portion of Ghana, he and his sister were raised in poverty by single mother. Life was hard, especially after his father died in 1996.

"We lost everything," he said.

That left him, his mother, Mark Donkor, and sister, Henrietta Christian Barnes, largely to fend for themselves. Since coming to America, he has helped his family financially.

For a short while, he didn't think he could live out his dream.

"I didn't have enough money to sponsor myself," said Barnes, who is 33.

But Emanuel Annor, head of the PTA at a Christian school where Barnes was teaching English, raised the money he needed to emigrate.

He washed dishes and stocked shelves in a grocery store for a year before joining the Navy, where he was a medical corpsman. He joined the Navy to get medical training and to go to college.

"My main focus when I came here was to get a degree," he said. "I knew that graduating from college was the key to success."

While stationed in Portsmouth, he earned an associate degree from Tidewater Community College in August 2019 while serving full-time in the Navy. He then left the Navy and has needed just three semesters to graduate from ODU. He was attracted to both schools because they are military friendly.

Bellamy is Barnes' academic adviser, and they quickly become close. Bellamy was a corpsman before he went to college, and Barnes' said he wants to emulate his example.

"Dr. Bellamy has inspired me to earn my doctorate," he said. "But I want to focus on my business first."

The idea to create a home health agency came to him because of the death of his grandmother, Ama Kyerewaa, two years ago.

"She had nobody to take care of her. Unfortunately, she fell one day, and nobody was around to find her. I was devastated," said Barnes, who could not go back to Ghana for her funeral.

He began organizing First and Finest Home Care more than a year ago. He invested money he saved while he was in the Navy, devised a business plan, set up an office in his home, created a corporation, received certification from the state and to serve Medicare and Medicaid patients and hired several employees.

In January, he will begin offering home health services throughout Hampton Roads, and he has ambitious plans. Over the next 10 years he wants to expand service to other states and eventually to Africa, including Ghana.

He said that 60% of his profits will be used to provide free home health care for those in need.

"I want to make sure patients who need help get help," he said. "I want to advocate for them."

He returned to Ghana to see family in 2017 and did so with bags full of writing paper, books, pens and pencils. Every year since he has mailed school supplies to kids near his hometown.

"I didn't have those kinds of things when I was in school," he said.

He said he's grateful to have been taught by so many good professors at ODU, including Bellamy.

"Everyone should listen to their professors," he said. "They gave me so much advice that I've applied to my life."

He offered some advice to students who, like him, have experienced hard times.

"Whatever you do, put your heart into it and don't lose your sense of purpose," he said. "And if you don't make it at first, don't blame other people.

"I know people are different, that we don't all have the same abilities. But if you are determined to do something, I believe you can." 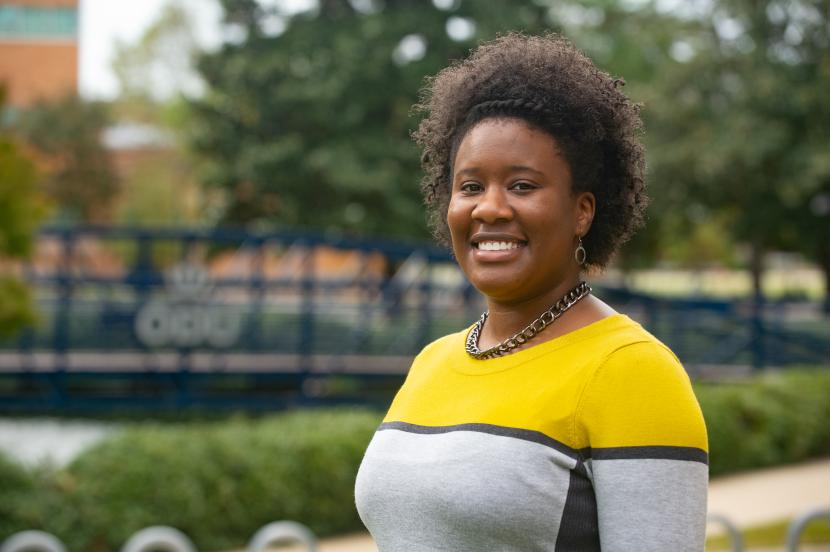 She will graduate in December with a degree in counselor education and supervision from the Darden College of Education and Professional Studies. (More) 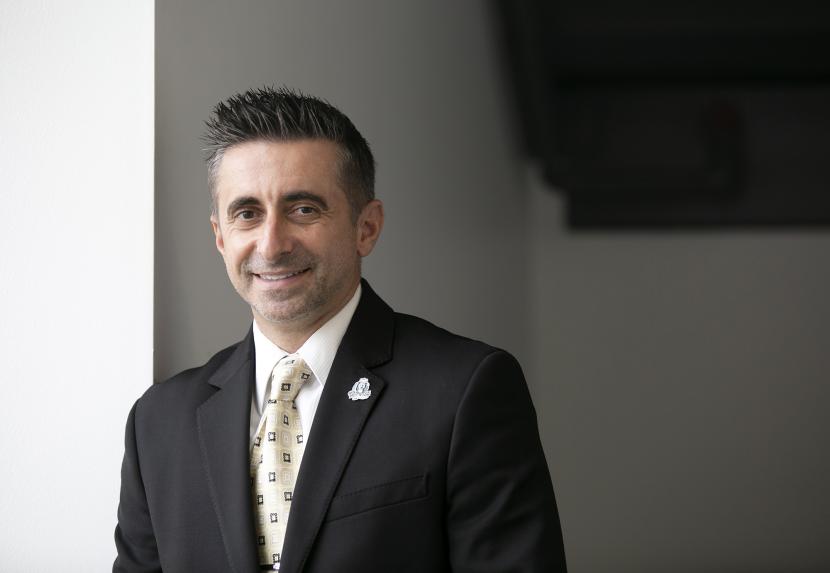 Antonio Passaro Jr.’s Doctorate Was 25 Years in the Making

The Virginia Beach native worked in law enforcement, higher education and even as an actor along the way. (More) 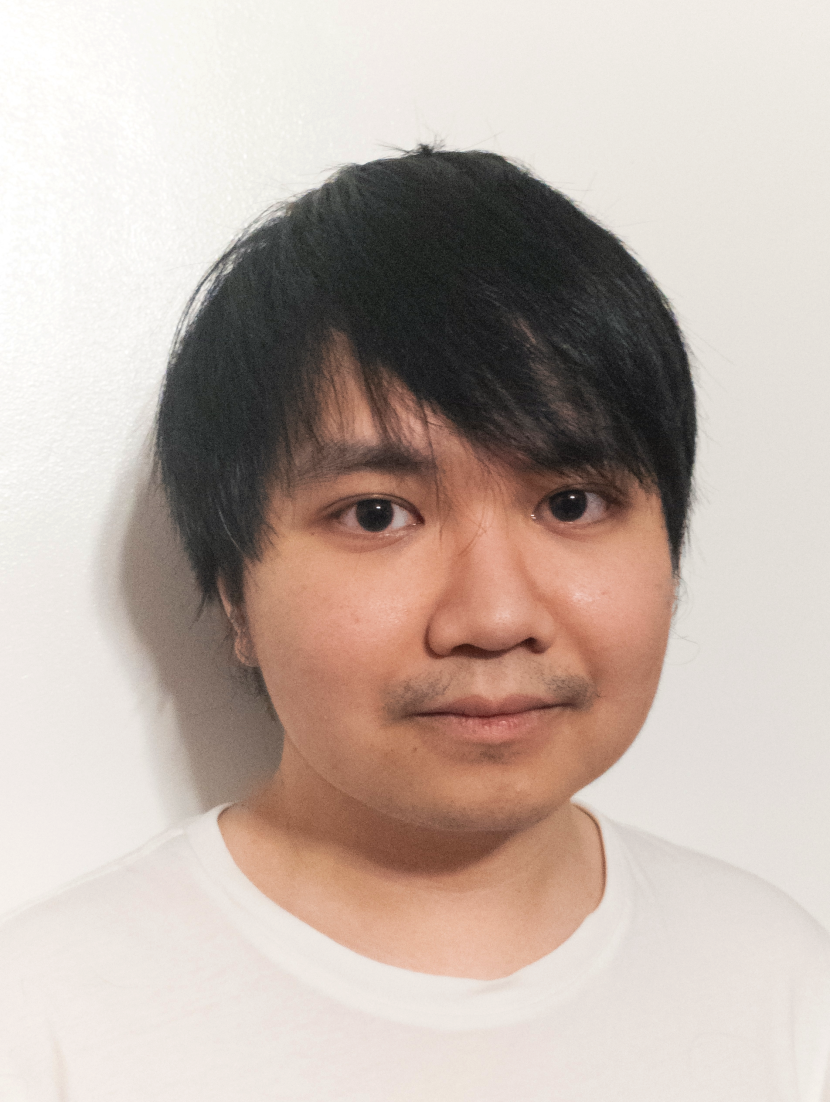 He feels “linguistics is at the crossroads of every discipline.” (More)