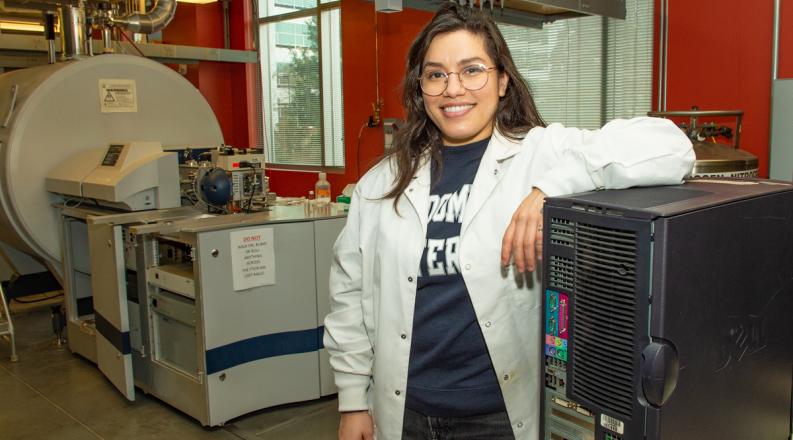 In elementary school, Scarlet Aguilar-Martinez won an award for perseverance.

So although she dropped out of college in Las Vegas in 2009 partly because of her father's declining health, Aguilar-Martinez didn't give up her dream of receiving a science degree. She held on to it after crisscrossing the country, taking odd jobs to send money back home to her parents. Even after five months of living homeless.

In May, at the age of 33, she will receive a bachelor's degree in chemistry with a near-perfect GPA. Aguilar-Martinez will enter the University of Michigan's doctoral program in the fall, aided by a prestigious Graduate Research Fellowship from the National Science Foundation.

Chemistry Professor Patrick Hatcher, who took her on as a research assistant in 2018, predicts her potential to become a great researcher is "very high."

Aguilar-Martinez's grandfather stoked her passion for science when she was a girl. "He liked going to thrift stores and buying books," she said. For her, he'd get astronomy books. "He really encouraged me to read a lot."

High school propelled her interest. Aguilar-Martinez was on the robotics team, which qualified for the nationals. She continued her study of science in college but dropped out because of her father's cancer and her lack of interest in premed bio classes.

The family struggled, and Aguilar-Martinez thought it would help if she found a job elsewhere and sent money home. She worked as a tour guide and operator of a rooftop Ferris wheel at a St. Louis museum. Outside Athens, Georgia, she processed buck skins.

After she decided to return home, she spent five months traversing a handful of states, hitchhiking, riding freight trains and sleeping under bridges. The atmosphere featured "a lot of drinking and people playing musical instruments, but I realized I wanted more."

It would take her a while to get there. But one constant throughout that journey was her fascination with science, which didn't desert her even when she was homeless.

One night she was hanging out with a group behind a Wal-Mart in Birmingham, Alabama. Aguilar-Martinez started talking about the ability of praying mantises to continue mating even after the female bites off the male's head because of the location of the male's nerve cells. "I made everybody fall asleep because I was talking about insects," she said, laughing.

Even when Aguilar-Martinez worked at an auto parts store after she returned to Las Vegas, she relished the science that lurked under the hood. "Catalytic converters have all of these precious metals in them because they catalyze reactions to make the exhaust safer for the environment."

Later, in Philadelphia, Aguilar-Martinez volunteered at the Academy of Natural Sciences as an insect tour guide. Once she stopped the tour to introduce the curator, who began talking about an extinct grasshopper species. "I started asking questions, and I realized I was completely ignoring the group and it was just me and the curator talking about the carbon cycle."

In 2015, she married Alex Launi, a submarine electronics technician in the Navy who will receive his master's in computer science from ODU in May. She began college classes in San Diego when Launi was stationed there and enrolled at ODU in the summer of 2017 after they moved to Norfolk.

As an undergraduate assistant in Hatcher's lab, she has worked on a project assessing the effect of sunlight on a product derived from lignin, an organic material found in plants. The results could sharpen scientists' understanding of the carbon cycle.

He added: "She takes leadership roles very well. She volunteers to do things that she doesn't really have to do and gladly performs those functions." For instance, Aguilar-Martinez constructed a website for the research group and also compiled standard operating procedures for equipment use.

Aguilar-Martinez, the first in her family to get a bachelor's degree, plans to be a professor after she gets her doctorate from Michigan. "I want to work with underrepresented groups," she said. "I can relate to them and understand their struggles."

Read more about Scarlet Aguilar-Martinez in June in Monarch magazine, at www.odu.edu/monarchmag 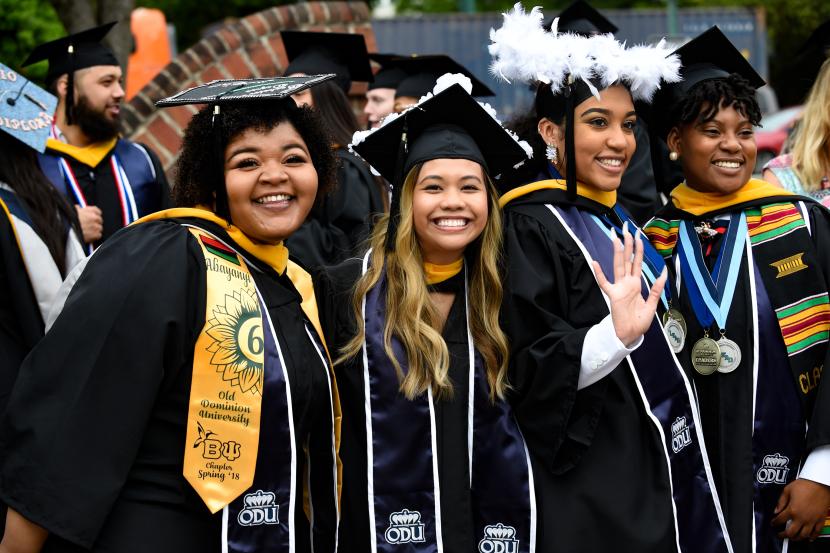 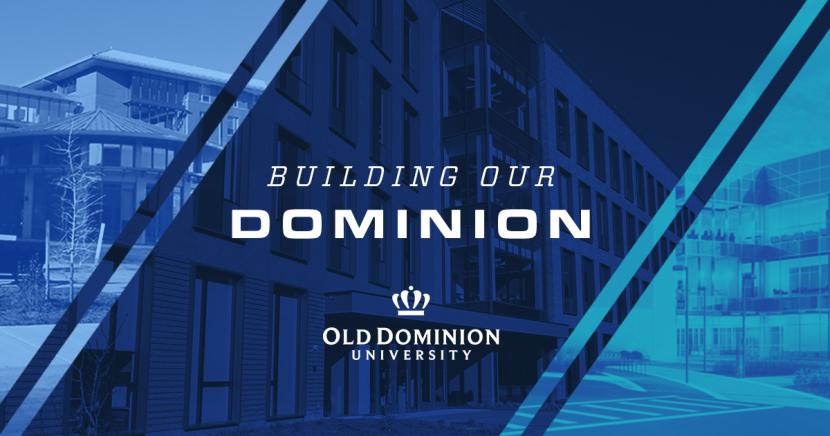 Dedications will be held for the Chemistry Building and Hugo A. Owens House, and groundbreaking for the Health Sciences Building will be celebrated. (More) 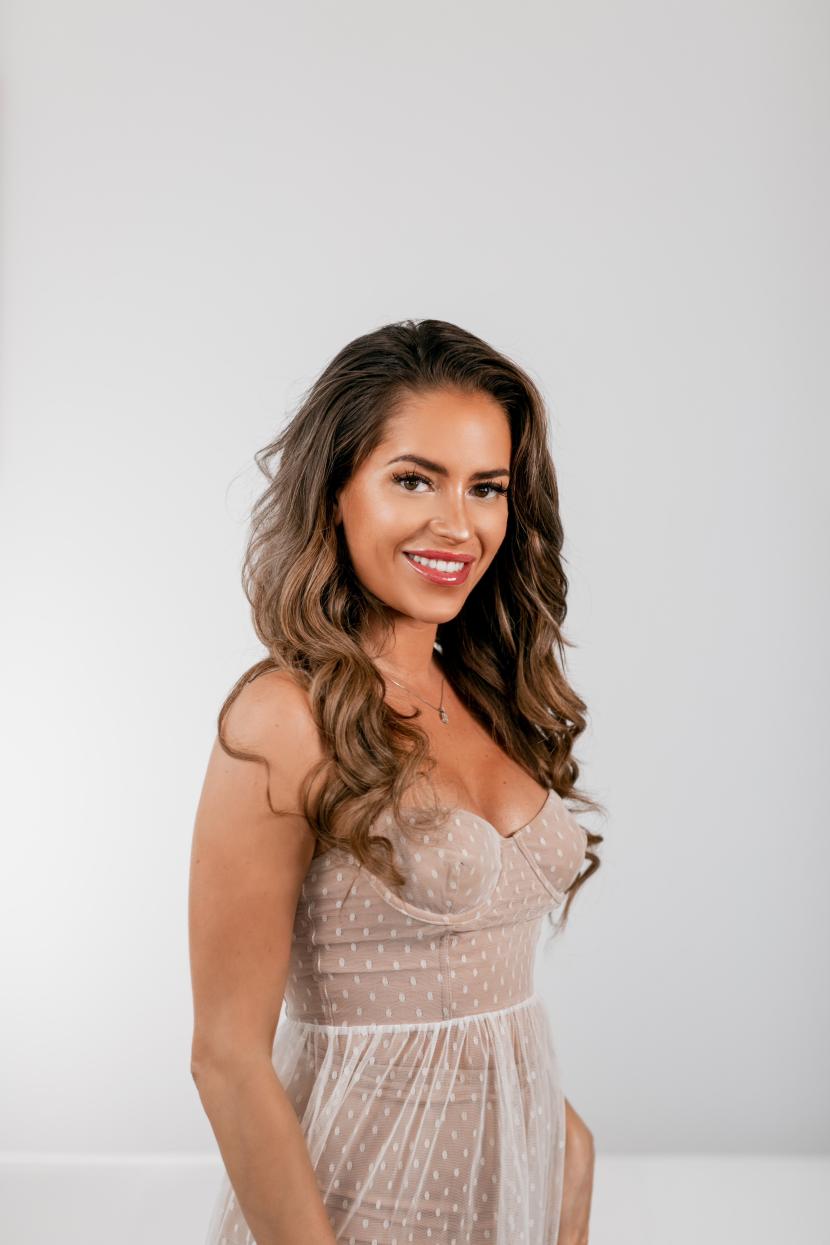