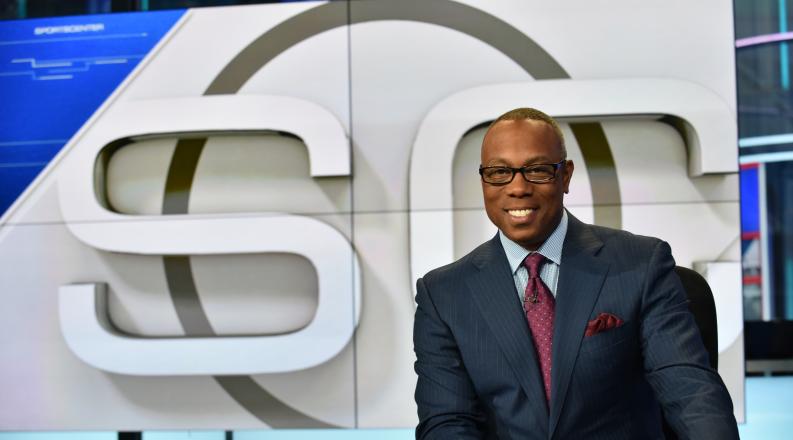 Jay Harris, ESPN SportsCenter anchor and an Old Dominion University alum, will be the featured speaker at the University’s 137th commencement exercises, which are scheduled for December 17 at Chartway Arena. 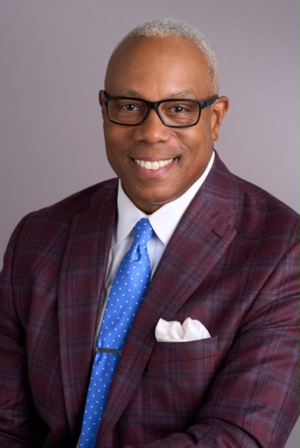 For more information about commencement, go to this link.

A native of Norfolk, Harris received his bachelor’s degree in speech communication in 1987.

He has maintained his strong ties to ODU.

In 2014, he was appointed to the Board of Visitors by Gov. Terry McAuliffe and reappointed to a second four-year term in 2018 by Gov. Ralph Northam. During his tenure on the board, he was a member of the Academic and Research Advancement, Athletics and University Advancement committees, and served as vice chair of the Audit and Compliance Committee. He has participated in University programs and spoken to hundreds of ODU students over the years.

Among his charitable endeavors, he works to support fellow Monarch Nancy Lieberman and her charity. Last summer, Nancy Lieberman Charities named a “Dream Court” in his honor at the Boys and Girls Club in Newport News.

Harris joined ESPN in 2003 as a SportsCenter anchor. In 2006, he was named anchor of the 6 p.m. eastern edition of SportsCenter, ESPN’s flagship sports news and information program. Today, he is most often seen as anchor of the Saturday and Sunday morning editions of the program and anchors the Monday edition of SportsCenter at noon during the NFL season. His duties also have included hosting Outside the Lines, NFL Live, Baseball Tonight, Friday Night Fights and First Take. In 2014, Harris joined the ESPN team for its coverage of the NBA Finals, complementing his work as a SportsCenter anchor.

Prior to joining ESPN, he worked at broadcast outlets in Pittsburgh and Norfolk.

Among his honors, Harris was part of SportsCenter's Sports Emmy-winning efforts in 2004 and 2005. He is the recipient of the Silver World Medal from the New York Festival Awards, the Robert L. Vann Award from the Pittsburgh Black Media Federation and an EXCEL Award from the Hampton Roads Black Media Professionals.

President Brian O. Hemphill, Ph.D., said, “Commencement is a special time in which the ODU family comes together to celebrate the significant achievements of our newest group of proud alumni. This incredible group of Monarch graduates is fully prepared to excel in their chosen professions and make a profound impact as citizens and leaders. As they embark on the next phase in their continued journeys, I am confident that they will be encouraged and inspired by the words of Jay Harris, a devoted Monarch, who has experienced a great deal of success in both his professional and personal endeavors, while also maintaining close contact with his beloved alma mater and never missing an opportunity to make a positive difference in the lives of others.”