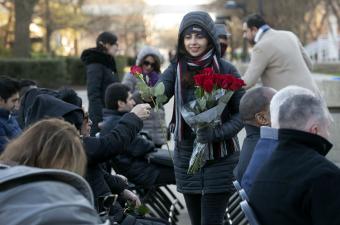 More than 100 people braved the cold Tuesday to attend a vigil, sponsored by Old Dominion University's Persian Students International Association, to honor the 176 people who died in the recent Iranian plane crash.

"The ODU community stands in solidarity with you and supports you in your time of grief," President John R. Broderick told the crowd, which included students and members of the local Iranian community, at Kaufman Mall.

"Let us commit as a community to channeling our grief and our pain to make this world a better place," President Broderick said. "Let this be the enduring legacy of the loss of the 176 passengers."

Mohammad Najand, a faculty member in the Department of Finance who is from Iran, echoed President's Broderick suggestion that the best legacy for the victims is to work harder for peace.

"This tragedy is a wakeup call," Najand said. "We must have better communications. We must create better relationships with other nations. We must respect each other.

"And we must resolve our differences in a civilized manner. That is how we can honor the ones that are lost."

The Iranian government acknowledged, after an initial denial, that its Revolutionary Guard shot down Flight PS752, headed from Tehran to Kiev, Ukraine, on Jan. 8.

Some of the victims were Iranians, and many held dual citizenship in Canada, where they were studying. Others were from Ukraine, Sweden, Afghanistan, Germany and Britain. Some students at Old Dominion knew and studied with some of the victims in Iran.

Najand fought back tears as he spoke of a mother and daughter on the flight. "The father had to call his daughter's school and say, 'She's not coming to school today, or for that matter ever.' That was so very hard."

During the vigil, students passed out roses, which many mourners held as they listened to half a dozen speakers. They then lit candles and stood together on the steps of the Webb University Center.

Some who spoke urged the international community to support Iranians protesting against their government.

"We stand with our brother and sister students far away who dare to seek and speak the truth," said Rev. Canon Win Lewis, rector of Christ and St. Luke's Episcopal Church in Norfolk. "They are working for the freedom of speech, which shares the truth even when the truth is painful to hear.

"We are grateful for their courage and commitment. They inspire us all."

ODU students spoke on the condition that they be identified only by their first names.

One of them knew three victims. Had the media not covered the story, he said, "the truth may have never come out.

"I want to point out a very important lesson from this tragedy: namely, the power of news and public opinion. In this case the news media played the role of a fair and experienced detective."

Another student spoke emotionally about Arash Pourzarabi and Pouneh Gorji, who were studying engineering at the University of Alberta. They returned to Iran to get married over the holidays and were headed back to Canada.

"They loved Iran and were working hard on their Ph.D.s, wishing one day they would help pave the way for the development of their country," he said, adding he was sure "they were hand in hand, saying farewell with their eyes," as the plane went down.

He, too, urged Americans to support Iranians seeking nonviolent change.

"The world should stand with them," he said.

Canon Lewis said the victims are at peace. "Their dwelling place now is the Paradise of God," he said.

"We hope for a world in which rivers of compassion and mercy flow, and the truth is told without fear or harm. We hope for a peace which will honor those beautiful, promising lives that were lost." 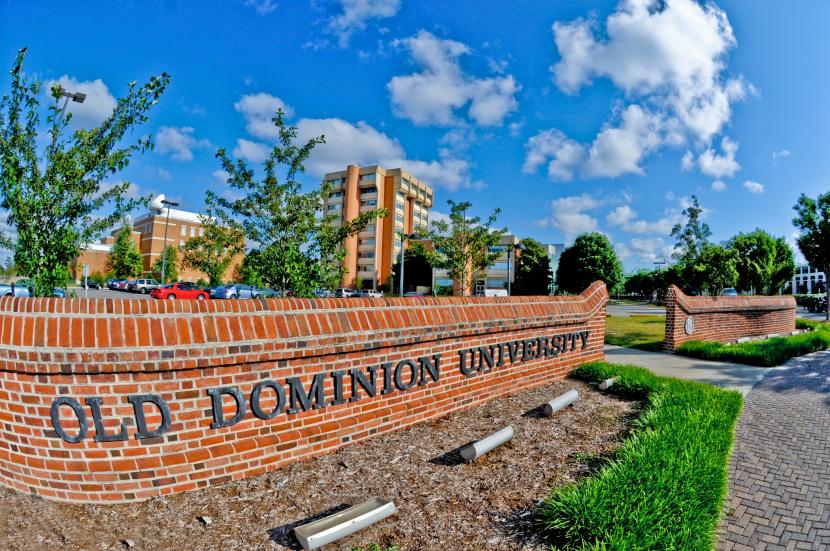 At the Behest of President Broderick, the ODU Board of Visitors Changes Name of Cafe 1201 to "Ruby's Cafe"

Ruby Milteer has worked at the University for more than 50 years. (More) 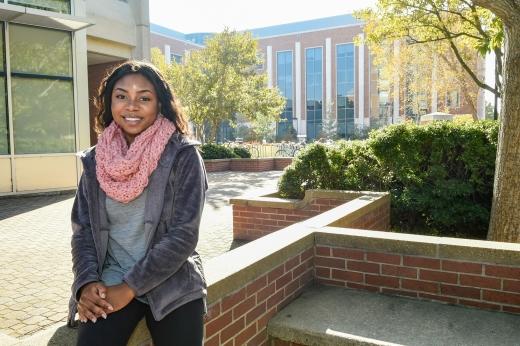 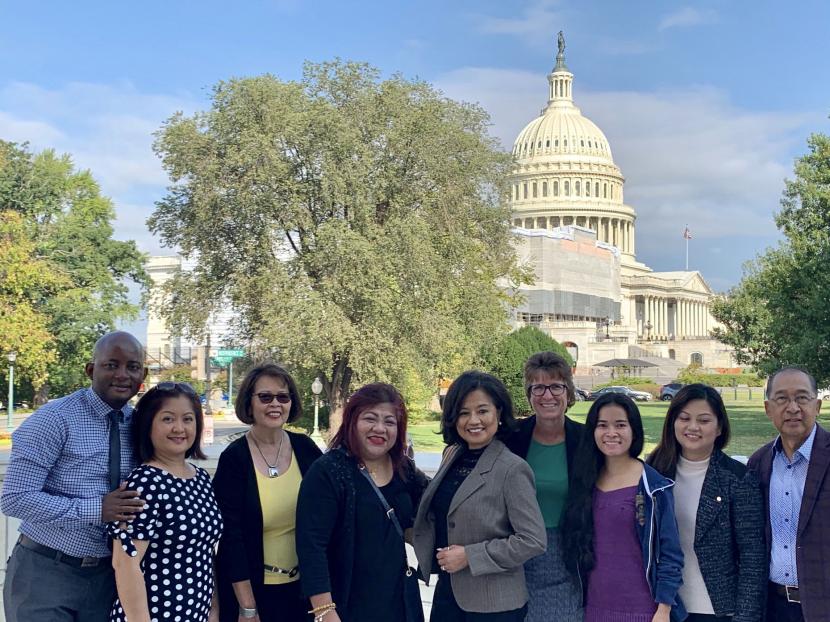