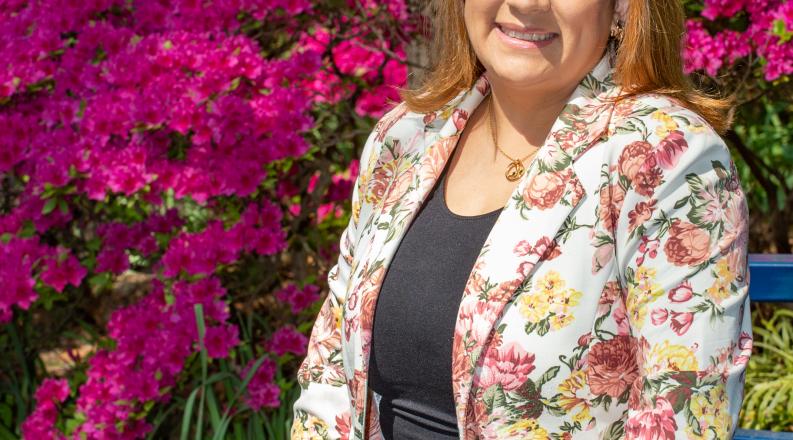 After receiving her letter of acceptance from Old Dominion University, Carolina Ospina-Rodriguez sat in her car and cried. In fact, she wept during her entire commute home.

"I cried during those two hours, thanking God for the acceptance," she said.

For Rodriguez-Ospina, who graduates in May from the College of Arts and Letters with her masters in lifespan and digital communications, it was the start of a life-changing journey.

Born and raised in Bogota, Colombia, Rodriguez-Ospina is the oldest of three siblings. Her parents, both accountants, "encouraged us to study hard, work hard and be good people," she said.

They were also urged to represent Colombia - a country often portrayed as riddled with guerilla warfare and violent drug trade - in a better light.

"We grew up with the mentality that people have to change how other people see our country," she said. "In reality we have many things to offer as a country, like tourism, great food and warm, friendly people."

Rodriguez-Ospina took the traditional path. She graduated from college, married, got a job and had children.

Like most working mothers, she struggled with time and a work/life balance. Adding to her stress was the two-hour commute each way to her marketing job at a health insurance company.

A different job was out of the question.

"In Colombia, 40 is too old to get another job," she said. "And in Colombia, everyone wants to keep their job because the employment opportunities are scarce."

When Rodriguez-Ospina's parents moved to the United States five years ago to join their son, their other daughter and son-in-law, she was left without child-care backup.

"I was alone," she said. "And without the warmth from being surrounded by a family, which is our Latino tradition."

She was also concerned about her two girls, Juanita and Salome.

"When you have kids, you start to worry about them and their future," she said. "I wanted for them to have a good life, a better life and more opportunities."

She began applying for English-language programs in the United States, with the hope of transitioning to a master's program. Then the letter from ODU arrived.

She, along with her husband and children, left everything in Colombia to start a new life in Smithfield, four blocks from her parent's house.

There were cultural differences, of course.

"We are Latinos, we tend to kiss and hug everyone," Rodriguez-Ospina said. "We have big families and being around grandparents is common in our culture."

But Rodriguez-Ospina has grown to love Smithfield. "This place is awesome," she said.

The first step was hard financially, but a great investment.

"I took all my savings and I spent them on the first English course in the first semester," she said.

"The intensive English program was an excellent experience. They were so welcoming and taught us, not only about the language, but also about American culture."

After the second semester, and just after the pandemic began, she ran out of financial resources. The lifespan and digital communication program helped her with out-of-state funding, in part, because of her good grades. "I will always be grateful for this help," she said.

She was also offered a graduate assistantship with Amy Matzke-Fawcett in the Dean's Office in the College of Arts & Letters. "I was really happy to have that opportunity, and to have her for my boss," Rodriguez-Ospina said.

Transitioning to student mode has been challenging.

"The hardest part has been coming back to school after so many years and getting used to research, reading, homework and exams," she said. "The best part is that you feel young again."

Rodriguez-Ospina ended up loving many of the thought-provoking courses offered in the communications curriculum, especially the children's communication theory and research class taught by Thomas Socha.

That led to something she has been doing a lot of lately: Watching children's television shows.

Her master's project is a content analysis about how characters with disabilities are portrayed in children's programming. She has been watching 12 shows, including those on PBS, Netflix, Disney and Nickelodeon.

"It is an important and touching work that showcases the power of American television in educating the world's children, and us all, how to create an inclusive world where all are welcomed, where all are valued and where all voices are heard," Socha said.

As her educational journey comes to a close, Rodriguez-Ospina is appreciative of her experience at ODU. 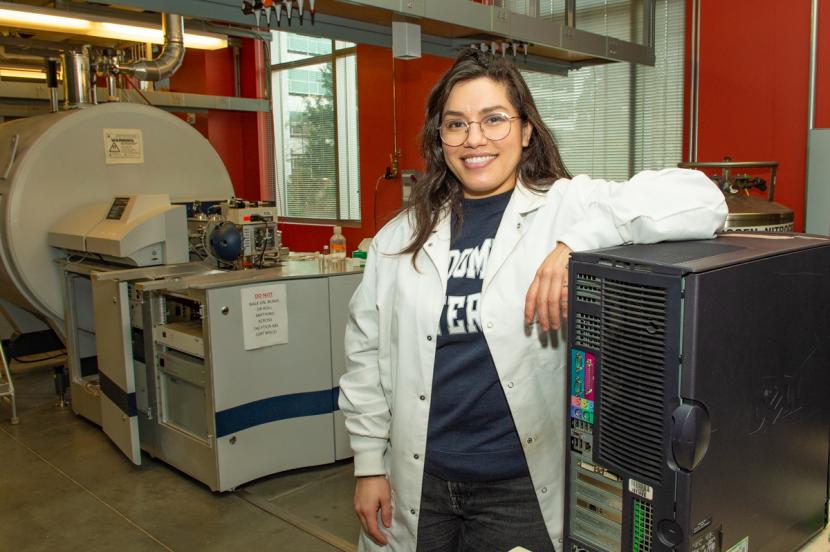 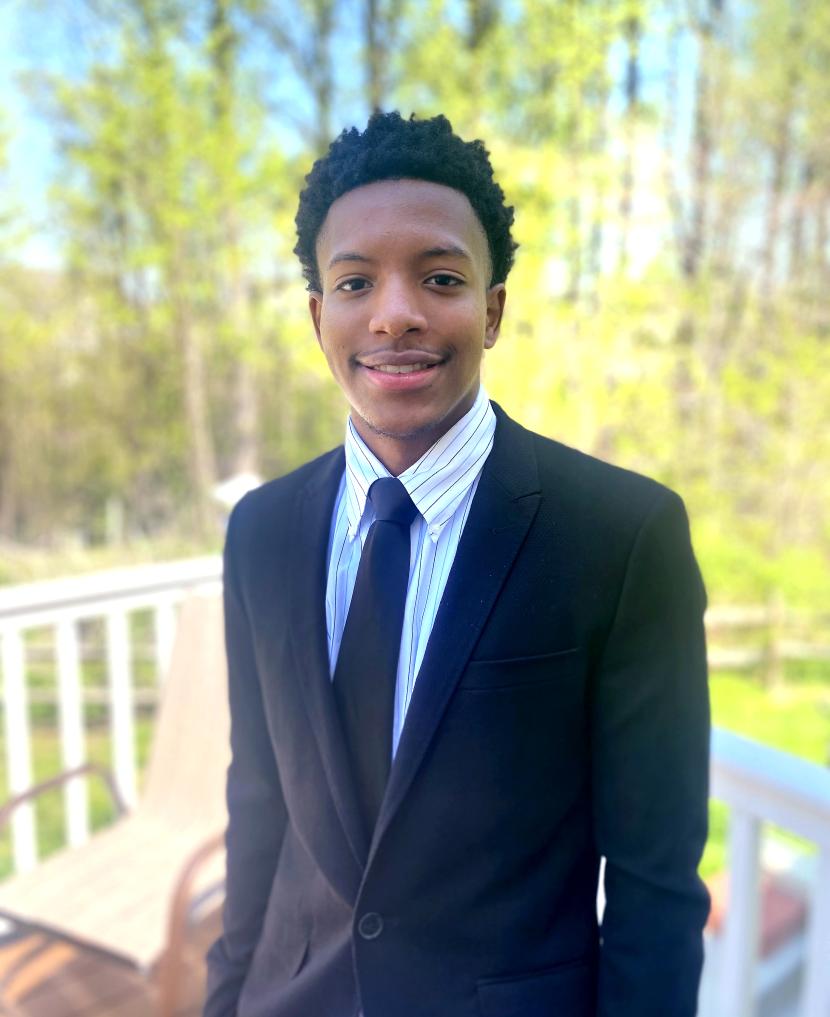 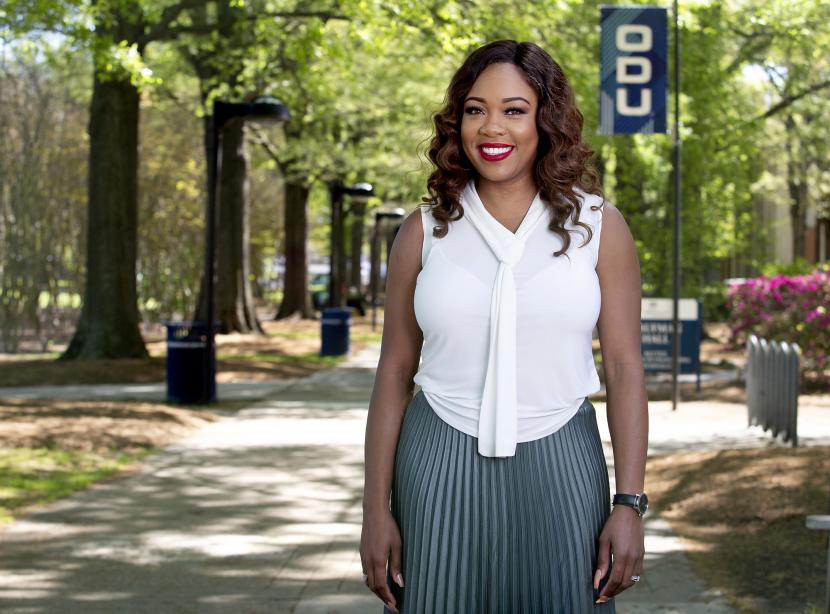