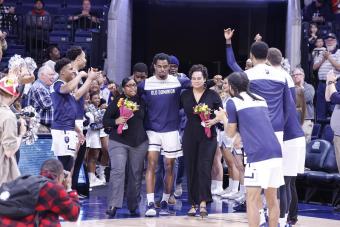 Carver escorted by his mother and stepmother as teammates and fans cheer him onto the court.

Carver shares his passion for ODU, basketball and engineering in this 2019 video.

They had good reason to express their appreciation. ODU would not have won the 2019 Conference USA men's basketball title without Carver, who stepped up as a junior and played a key role in ODU's championship run.

Although undersized at 6-foot-7, Carver inspired his teammates with his grit and determination underneath the basket. He leads Conference USA in rebounding and surely will make the C-USA all-defense team announced next week.

The son of former ODU basketball star Anthony Carver, Aaron has been a fan favorite since he joined the Monarchs. The Chartway Arena crowd of 4,969 accorded Carver several standing ovations.

But some may not know that Carver is as much of a rock star in the classroom as he is on the court.

In spite all of the work required to be a college athlete, including workouts and practices almost year around and the frequent travel to places such as Texas and Florida that requires basketball players to miss much class, Carver graduated from ODU last spring with a degree in Civil Engineering and Technology.

He interned with NASA during his junior year and is now pursuing a master's degree in civil engineering.

"I've always been intrigued with numbers and how things work," he said. "I really enjoyed math, so the engineering program here was a great fit.

"Most of my classes have dealt with structures, buildings, bridges, highways and tunnels. I've learned a lot about structural analysis, about how buildings are constructed, everything from the foundation to how wind affects buildings."

He says ODU's progressors in engineering and other departments made his academic life easier because of their willingness to help when he had questions or needed some help.

"They weren't just helpful to me," he said. "They were willing to help any student. The professors here are so great."

His goal is to become a project manager for a construction company.

Carver is obviously very smart, but he's also disciplined. Anthony Carver said that "we never had to tell Aaron to do anything twice. He's always done what he's supposed to."

"He's such a consciousness student and is so self-motivated that he does everything he needs to do on his own," she said.

"He's stellar kid. He's so polite and always the first to volunteer for our community service events."

He and teammate and best friend Loren Brill went to an elementary school earlier this week to read to school children.

"He always calls or your texts you right back and always says 'yes mam,' He's just so well-mannered and easy to talk to," Lynch added.

Carver was raised in a large family, one so close that divorce did not get in the way of raising the children. Carver walked onto the arena floor to be honored before the game flanked by mother, Angela Bailey, and stepmother, Tia Carver. Each held onto his arms.

Anthony Carver said both Angela and Tia worked together to help raise the children.

"There's so much love that they have for me, that I have for them. A night like this is a night we can really appreciate each other."

Caver and his teammates begin play in the Conference USA tournament on Wednesday in Frisco, Texas. ODU must win four games in four days to repeat as conference champions and head back to the NCAA tournament, and Carver said that's possible.

"So, when you get that really special person like Aaron Carver, how do you describe that person?" he said.

"Aaron is just a cut above. I don't mean that as a negative comment on anyone on our team or any other team.

"But there are just not that many people in the world at his age with that kind of maturity and character, someone who shows the kindness, the grace, the thoughtfulness that he has shown.

"He's about as far from being selfish of self-centered as anyone can be. He shows how much he cares through his actions and his words.

"He genuinely cares about his teammates. You very, very, very rarely hear a negative word from Aaron about anyone."

While growing up in Elizabeth City, N.C., Carver often attended ODU basketball games with his father. When he began to grow into a basketball star at Northeaster High School, colleges began to recruit him.

"But there was only one offer I wanted," he said. "All I've dreamed of is going to ODU."

When asked if it's been the dream come true that he imagined, he replied: "For sure it has, it's been everything I wanted, everything I hoped it would be.

"I appreciate everything that's happened to me here. I've grown so much as a person. I learned things here only experience can teach you.

"I'm so glad I got the chance to have those experiences at ODU." 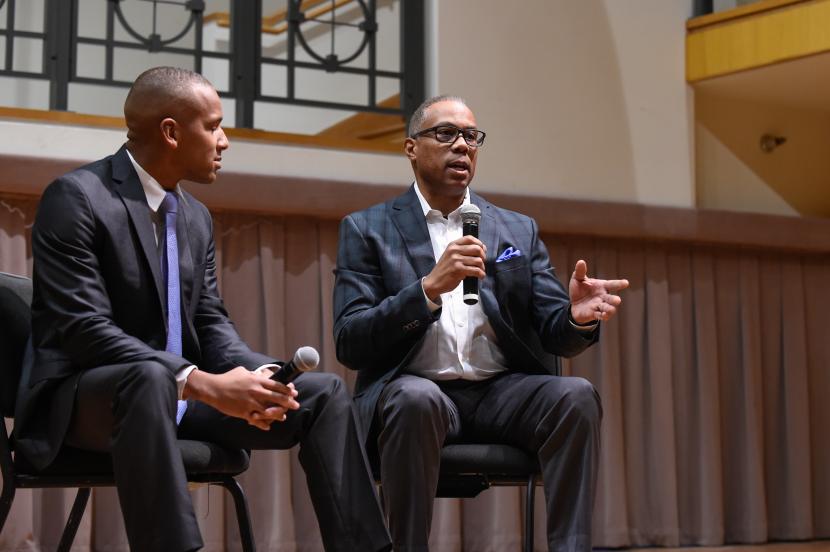 The 1987 graduate said prospective journalists must not lose sight of the basics. (More) 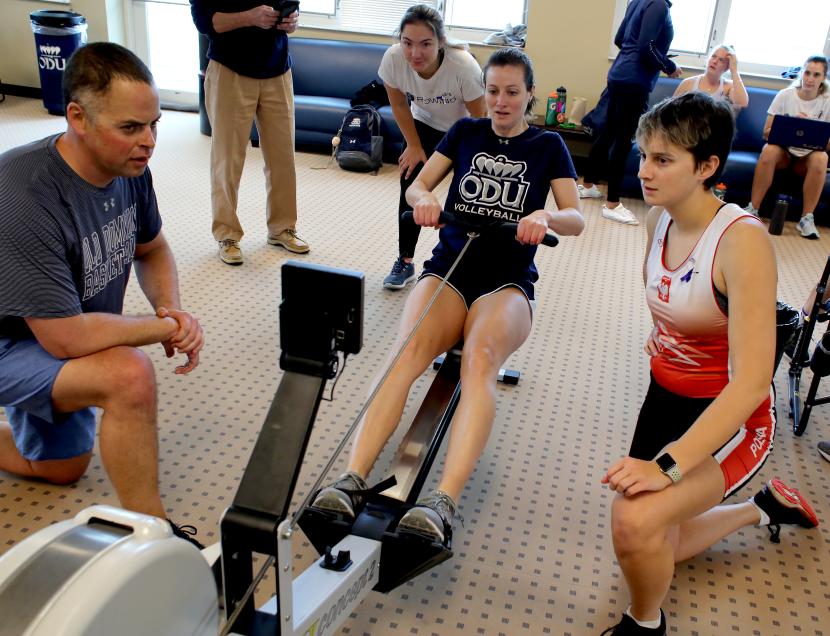 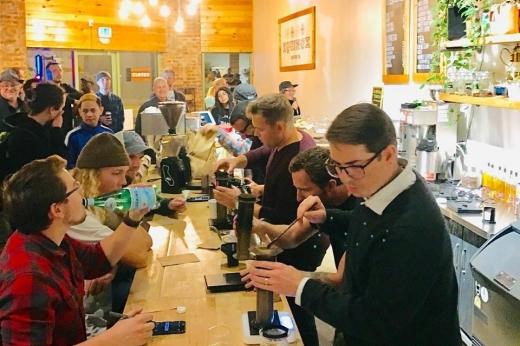 Equinox will open in the coming weeks at the former Borjo location; Starbucks plans a site at the Ted Constant Convocation Center in the fall. (More)