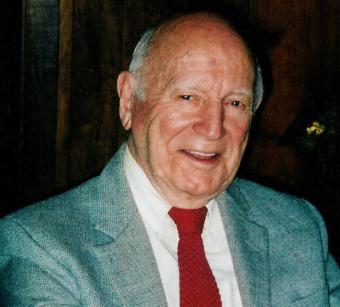 Thumm received a business degree from the two-year Norfolk Division of the College of William & Mary in 1936. Thumm - who got his nickname from an uncle because of his ticklishness - walked to classes from his family's home on Mayflower Road in the Colonial Place neighborhood.

"He would always say he and his friends ran the school," said Susan Paxton, one of Thumm's four daughters. "He knew all the professors, and they hung out together."

In an interview with Old Dominion commemorating his 100th birthday in 2015, Thumm recalled sitting on the brick wall outside of what was the administration building, singing with other members of the quartet he was in. "We had a wonderful show we put on every year - the High Hat Review - and we came up with a surprising amount of talent in the student body."

After graduating from the division, Thumm worked as a salesman for the Bemis bag company in Norfolk. Then came World War II.

He enlisted with the Coast Guard, graduated from the Coast Guard Academy and commanded a cutter, which was stationed in Norfolk and the Pacific. In the interview, he recalled downing a German sub off the North Carolina coast, "and we brought back half a German officer's body."

Thumm later founded Virginia Heating, an air conditioning and heating business in Norfolk, and became vice president of A1 Sheet Metal before retiring in 1979.

It wasn't his last job. Starting in his early 80s, Thumm worked for more than a decade as a ranger at the entrance to First Landing State Park in Virginia Beach. "He loved talking to people and giving them directions," said his daughter Betsy Townsend (M.Ed. '06).

He was married to Jane Brinkley Thumm, an artist, from 1948 until her death in 2017. They frequently danced in their Norfolk living room to Frank Sinatra and Ella Fitzgerald.

Thumm also loved playing cards, grilling steaks on Sundays and going to parties. Once, his daughter Kathy Thumm '88 recalled, her parents were at a party ready to close down at the Norfolk Yacht & Country Club. "He didn't want to end the party, so he brought the whole band back to the house."

Thumm swam regularly until a couple of years ago, said his daughter Virginia Thumm. "At 103, he would say, 'I just don't have the energy that I used to.'" He was also "still walking in his assisted living place until about a year ago," Kathy Thumm said.

He attributed his longevity not just to swimming and walking but also to "drinking a glass of Scotch every night and eating whatever he wanted," Paxton said.

Thumm is survived by his four daughters, two sons-in-law, eight grandchildren and three great-grandchildren. Contributions in his memory may be made to the Coast Guard Foundation, Friends of First Landing State Park or a charity of your choice.

He is remembered for his role in the growth of the department and his impact on students. (More) 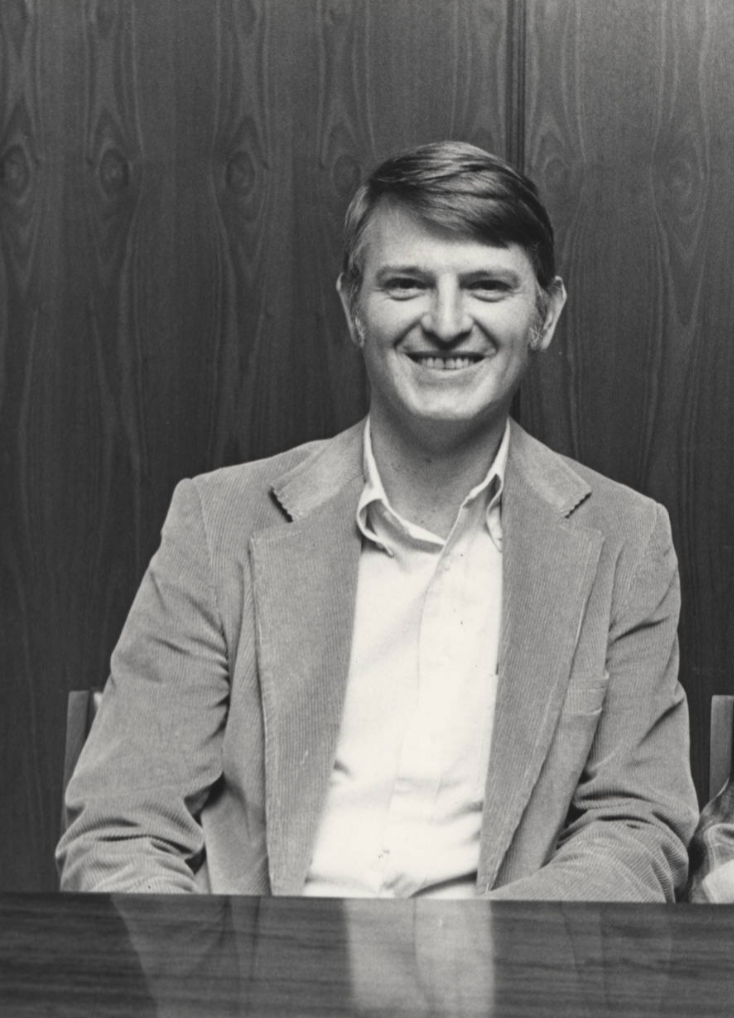 He came to Old Dominion University in 1973 and taught here for 42 years. (More)