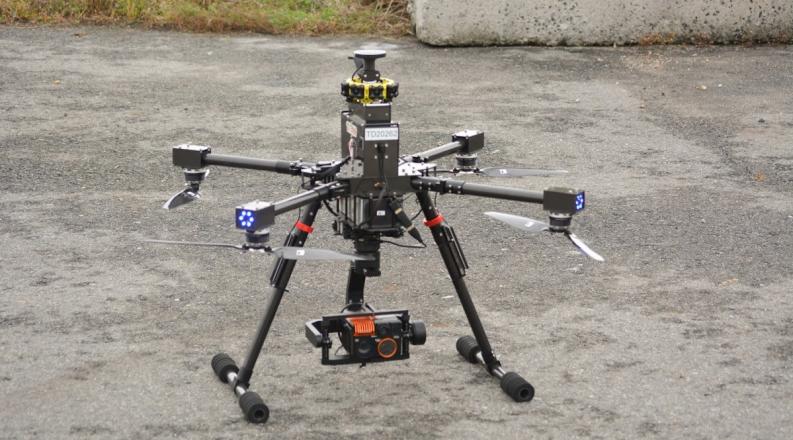 The Virginia Innovation Partnership Corporation (VIPC) in partnerships with Old Dominion University’s Virginia Institute for Spaceflight & Autonomy (VISA) and the Port of Virginia conducted a successful demonstration of a port security and emergency response unmanned systems project recently at the Portsmouth Marine Terminal.

“Hampton Roads presents many security and safety challenges because of its dense population, diverse terrain, severe weather and numerous defense and government facilities,” VISA Executive Director David Bowles said. “ANRA’s demonstration at the Port of Virginia showed the critical tools unmanned systems technology enables to support first responders as they serve and protect the citizens of this region, and VISA is proud to be a partner of this important project."

With the SAFEport software, security and emergency personnel can use mobile devices to enable manual or autonomous operations for their unmanned systems, transmitting live video or serial data throughout the network.

“This project showed the benefits of utilizing three domains of unmanned systems technology to heighten situational awareness,” said Tracy Tynan, the director of VIPC’s Unmanned Systems Center. “ANRA demonstrated a technology that connects assets in the air, on the water and on land to provide public safety agencies with a comprehensive characterization of an operational area that improves security and quickens response times.”

The initiative builds on a report released by ODU in November 2021 that was compiled by TEConomy Partners LLC identifying strategic areas where investment could capitalize on the region's greatest natural asset: water. Among the report’s recommendations was leveraging Hampton Roads’ assets to “become a national hub in integrated autonomous systems across aerial, surface and undersea platforms linked to digital transformation that solves market needs by Navy, offshore wind energy operations and maintenance and Port-related activities.”

The recent demonstration was the latest phase of the Port Security and Emergency Response Unmanned Systems Demonstration Project, which VIPC and VISA launched in summer 2021 at a public safety workshop at ODU’s Virginia Modeling, Analysis, and Simulation Center (VMASC) in Suffolk. The Center for Naval Analyses also played an important role, developing six public safety scenarios for first responders to examine.

“It was anything from an active shooter at the port to a protest event, hazmat, a fire, those type of things,” said Chris Sadler, director of VIPC’s Public Safety Innovation Center. “The idea was for first responders to identify shortfalls in unmanned systems.”

After the workshop, VIPC and VISA hosted a summit at the Half Moon Cruise Terminal in Norfolk to notify Virginia’s unmanned systems industry of the project’s goals, which came as a result of the feedback from local, state and federal first responders.

VISA then worked closely with VIPC to develop, obtain approval and run the selection process, and to release an Announcement of Opportunity, VISA Deputy Director John Costulis said.

“The response from industry was outstanding and demonstrated their understanding of the challenges and how to apply critical autonomous systems technologies to solve those challenges,” Costulis added.

In June, VIPC selected Reston-based ANRA Technologies to lead the project. ANRA partnered with TRIAD Drones, a veteran-owned company that provided all operators and hardware, and AIRT, a nonprofit that provides support advocacy and workshops for public safety missions and disaster response operations that utilize small, unmanned aircraft systems.

“VISA would like to thank VIPC for providing over $100,000 in funding to enable these projects,” Costulis said. “VIPC’s Unmanned Systems Center is truly committed to help grow the autonomous systems business sector in our region and across the commonwealth.”

The Virginia Department of Emergency Management (VDEM) announced at the demonstration that it will provide funding to conduct three more unmanned systems technology demonstrations. The funding will also support a project report by the Center for Naval Analyses.

“The Port of Virginia is a valuable business asset that contributes billions to the commonwealth’s economy,” said Shawn Talmadge, VDEM’s state coordinator of emergency management. “When dredging operations are completed in 2024, it will once again be the deepest port on the East Coast. The unmanned systems this project is testing will enhance security for the increased traffic that is anticipated from the largest vessels calling on our port.”