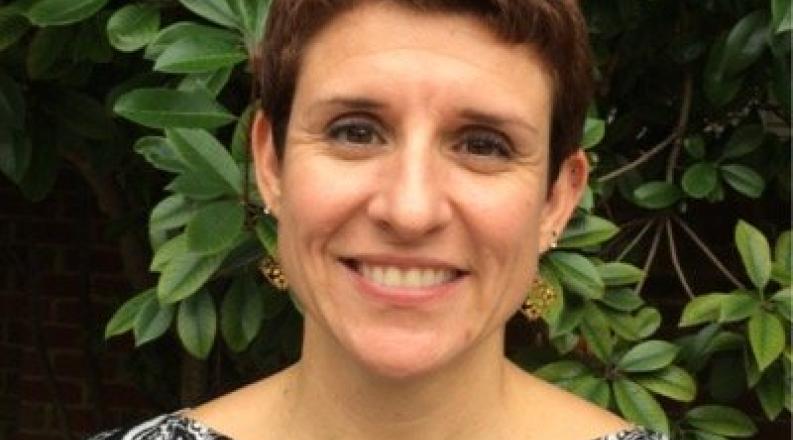 It was one of those moments during the bitter 2020 presidential race that regardless of politics, nearly everyone can agree was moving.

During a campaign stop in New Hampshire, Joe Biden was introduced to 13-year-old Brayden Harrington, who stutters when he speaks. Biden hugged him and whispered, "Don't let this define you. You're smart as hell."

Biden, who won the November election, later spoke with Harrington by phone and told him how he coped with stuttering as a youngster.

Corrin Gillis-Richels, associate professor and assistant chair of the Department of Communication Disorders and Special Education at Old Dominion University, said that moment, and Biden's acknowledgement that he long suffered in silence, may have been a watershed event for those who stutter.

"It goes to show that stuttering doesn't have to limit you in any way," she said. "If the president of the United States is a person who stutters, then nothing should be off the table. I can't think of anyone who communicates more than our president."

Gillis-Richels said many of the patients she's seen [CR1] coped before getting therapy by changing what they say when they begin to stutter. She said she watched Biden use that tactic in debates before he publicly acknowledged his stuttering issue.

"It's not that they're not stuttering, it's that they clamp down before the words come out," she said. "There were times when I was listening to him and I said would say, 'oh, he just started to stutter,' and he clamped down and went for a different word.

"He would run around the word because he got stuck. Did he actually say what he meant to say? We don't know."

She calls those who quickly change direction covert stutterers.

Gillis-Richels said she knows of covert stutters who have given the wrong answer in class because they knew they would stutter if they tried to say the right answer.

Biden struggled with stuttering in grade school and was often humiliated by classmates. At the time, stuttering was equated with a low IQ.

Biden was nicknamed "Joe Impedimenta" by his classmates in Latin class, he said during on an appearance on The View on ABC-TV. Others called him "Dash" because classmates said his stuttering sounded like Morse code.

Biden's parents sent him to a speech pathologist when he was in kindergarten, but it didn't help so he quit, he told the Los Angeles Times.

But they never let him quit on himself.

"Time and time again, my parents taught me that being different is no barrier to success," he said. "And the measure of a man isn't how often he is knocked down, but how quickly he gets up."

Gillis-Richels said that Biden has been an inspiration for her students as well as many of the 250 patients whom faculty and students treat every year at the ODU Speech and Hearing Clinic located in the Scottish Rite Center for Childhood Speech and Language Disorders.

All of those programs give students treatment experience.

ODU offers bachelor's and master's degrees in speech-language pathology and audiology. There are about 100 undergraduates. ODU's master's program is highly selective, with only about 9% of applicants being accepted.

ODU's program is a part of the Darden College of Education and Professional Studies[CR2] . ODU's speech-language pathology program and clinic began more than four decades ago.

"Speech-language pathology is a medically based profession that sits at the intersection of both education and health-care practice," Gillis-Richels said. "One of the really cool things about speech-language pathology is that we are a birth-to-end-of-life profession. We are a core part of early intervention teams and we go all the way to the end of life so that we can help our clients maintain their function and dignity."

Biden tried to overcome his stuttering by reciting Irish poetry in front of a mirror. He said one of the proudest moments was giving a five-minute speech as a high school senior without stuttering.

"Joe Biden definitely found some things that work for him," Gillis-Richels said. "It's important to talk to clients about what works for them. No two people are alike."

One of the first tips she gives to people who stutter is to slow down. That's useful in therapy but telling a stutterer to "slow down and think about what you're saying" in everyday conversation could be counterproductive.

"The message becomes 'Hey, what you have to say is not nearly as important as you not stuttering,'" Gillis-Richels said. "That's not the message we want to send to people. We should be respectful of what people have to say regardless of whether they stutter."

Gillis-Richels said it was also inspiring that Biden chose Amanda Gorman to read a poem at his inauguration. The 22-year-old Los Angeles native suffered from dyslexia and speech issues in grade school. She did not stutter, but instead, as she told CNN, "I would drop a whole swath of letters in the alphabet."

She could not say the letter "R" until a couple of years ago. "Even to this day, sometimes I struggle with it."

Yet she drew rave reviews after flawlessly reading her poem "The Hill We Climb," which was a call for national unity.

"She's an example of the power of speech-language therapy and being able to overcome a disorder and be successful," Gillis-Richels said.

This year’s campaign will also benefit the Rise to the Challenge Fund. (More) 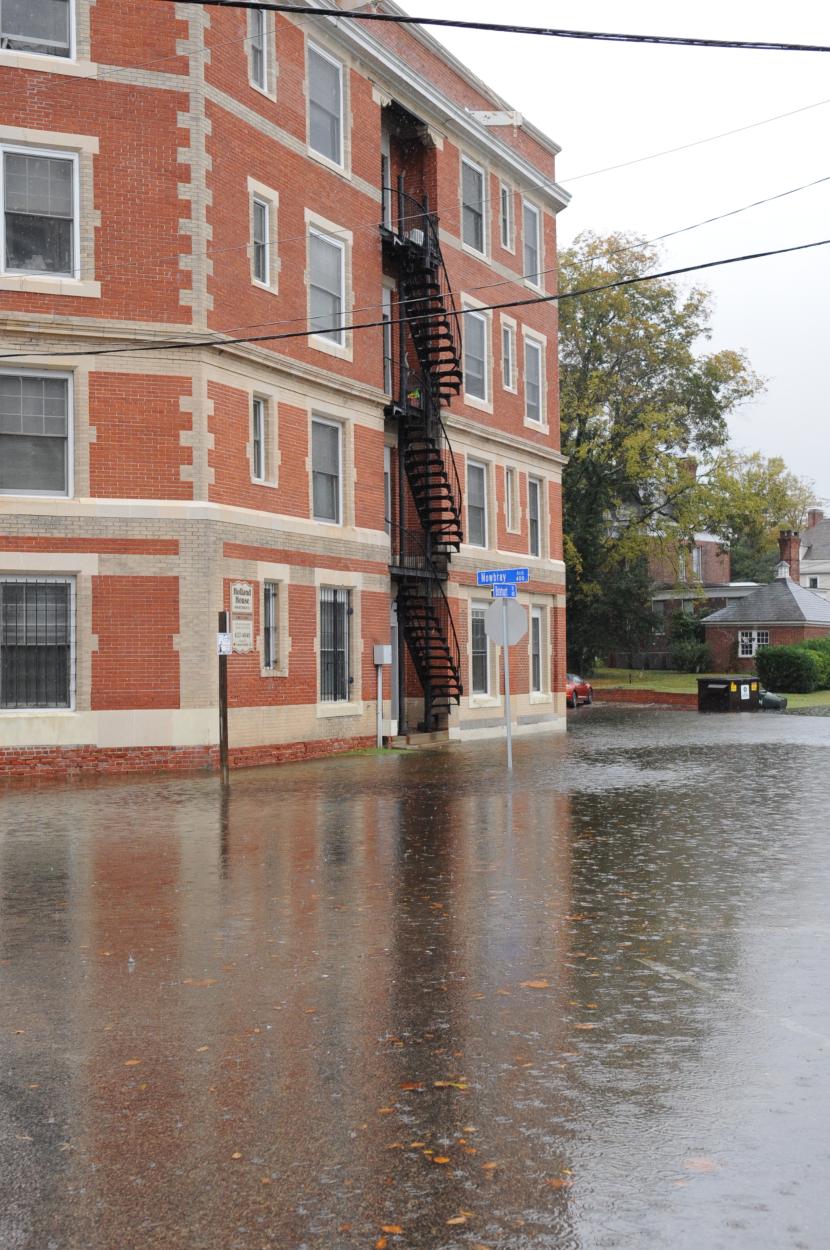 The project is one of two in the state being funded by a “Stage 1” Civic Innovation Challenge Grant. (More) 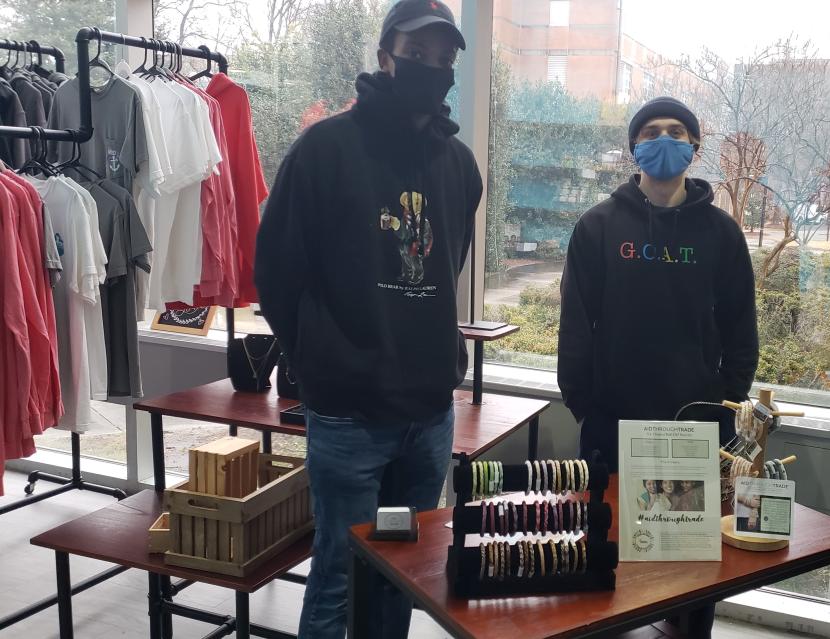 The program seeks merchandise from partners for THE Monarch Way store, with proceeds supporting campus and community social projects. (More)