Monarchs Step Up Their Game with Esports Arena 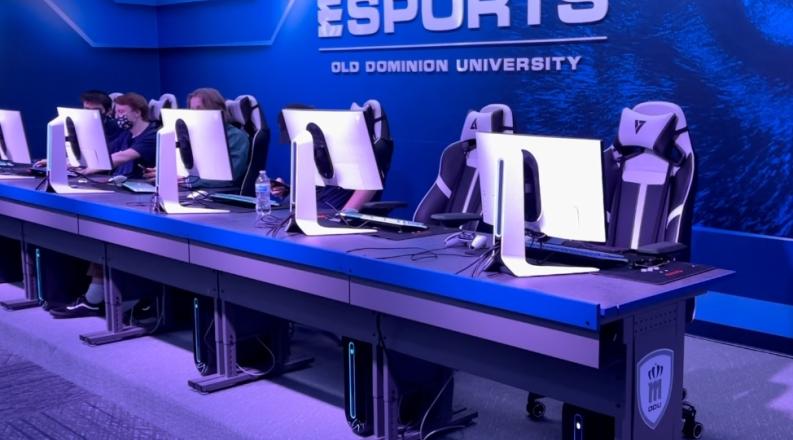 Megan Plain took a few steps into Old Dominion University's Monarch Esports Arena, stopped to look around and smiled. "This place is sick," she said.

Plain is a WTKR sports reporter and is supposed to maintain a sense of impartiality. But she's a gamer and couldn't contain her excitement.

By "sick," she meant the new ODU Esports Arena is awesome.

And it clearly is.

Walk up the stairs at the Webb Student Center and step into the Old Dominion University Esports Arena, and you'll feel like you've stepped into another world.

Bathed in blue, yellow and purple light, the 2,400-square-foot space is a gamer's dream come true.

There are 50 gaming computers and consoles, and it's clear from the light blue lights on the keyboards and mouses, the cool logos on the computers, the ergonomic gaming chairs, the powerful processors and tons of memory inside each computer that this is a high-end gaming center.

Is it a true arena? While there aren't spectator seats, it is where ODU's Esports varsity team will compete in the National Association of Collegiate Esports, and in that sense, it is indeed.

It has a "home-court" feel, with ODU Esports logos on every wall. The back wall is covered with a shadow of a lion's face in dark blue, and there are futuristic lights on the walls and ceilings.

ODU already has 80 varsity members on 16 teams across 10 game titles, including those you might expect: Call of Duty, Fortnite and Rocket League. And officials hope to have more than 100 members during the fall.

The students will compete on a row of 12 computers raised a few feet above the floor on the back wall facing forward. There is also a studio nearby in which varsity games can be broadcast on the internet.

While esports is not an official NCAA sport, the team wears official ODU jerseys, dark blue and silver with ODU ESPORTS across the front along with an Under Armour insignia - the same worn by varsity sports teams. Old Dominion University became the first four-year public institution in Virginia to join the world of esports with a varsity program launched in fall 2020.

"We recruit students here to be quality students first and to represent the University well, just like athletics does."

ODU doesn't offer gaming scholarships, but Deppen said that may come down the road.

What it does offer is a first-class esports center that a lot of ODU's competitors in Virginia and nearby states don't have.

About 26% of Gen Z members (ages 14-24) who responded to a Variety Magazine survey a few weeks ago indicated that video gaming is their entertainment activity of choice. In all, 87% of Gen Z-ers play video games daily or weekly.

Not only does ODU offer the chance to compete nationally for an esports team, it also offers the chance to study video game design. A degree in one of two interdisciplinary courses of study can lead to careers as a game designer, multimedia artist, producer or director.

There is also a gaming living-learning community in the new Hugo A. Owens House residence hall. Owens House includes classes and labs for gaming students.

The ODU Esports Arena is a short walk up 49th Street from Owens House and has four computer terminals set aside for game-design students.

Don Stansberry, vice president of student engagement and enrollment services (SEES), is also hopeful that communications students will become involved in broadcasting games from the state-of-the-art control center. Thousands of games are broadcast on the internet on any given day.

But the facility isn't just for hardcore gamers.

If you're into gaming just for the fun of it, or even if you're a novice, there are two dozen computers you can use and hundreds of games you can play from ODU's extensive library.

The arena was created through the combined efforts of SEES, President John R. Broderick, the Office of Development, Office of Strategic Communication and Marketing, Facilities Management and Construction, and Information Technology Services, which wired and installed all the high-tech gadgetry.

Coulson Thomas, director of recreation and wellness, and Bridget Weikel, associate dean of students, joined Stansberry and Deppen at the grand opening in late April.

Although esports has been a part of ODU for a year, students have mostly been competing from their homes because of the pandemic.

Deppen said he expects hundreds of students to use the facility in the fall semester, assuming that COVID restrictions have been lifted.

"They sold us," Stansberry said, even if at the time officials weren't quite aware of where esports would take them. "None of this would have happened without Grant."

Stansberry said that in spite of the pandemic, ODU's esports program has attracted students and will attract far more in the future.

"The ways in which students are getting involved on campus are changing," Stansberry said. "And this is a new form of engagement for so many of our students.

"When students are thinking about what could be unique about their college experience, when they are comparing one institution to another, it's often things like this that make us unique.

"This tells students that we know they are changing and that ODU is changing with them."

Deppen has big plans for ODU's varsity team and is, in a sense, is acting as the team's head coach. He's not only organized the team, but he is also recruiting players.

Deppen said that he is constantly researching the Next Collegiate Student Athlete, a Web site that profiles potential gamers just like other services profile football and basketball prospects.

"I have five or six conversations a week with students interested in coming to ODU," he said. "We have students interested in ODU from all over the world. We're talking to a student in South Africa. Without our esports program, he probably never would have heard of ODU. But he has now applied to the University. This speaks to the global side of esports and how much we can leverage this."

Luke Reed, a freshman from Norfolk Christian High, and Matt Widenhouse, a sophomore from Maryland, are members of the varsity team who had advice for ODU students.

Widenhouse said students should not be intimidated, that even if they don't know a lot about video games, they should come out and give the Esports Arena a try.

"Don't be afraid to get involved," he said. "Come in and at least take a look around."

Both he and Reed urged students to try out for the varsity, but only if they are solid academically.

"You've got to get your grades set first and worry about this later," Reed said.

"And don't be afraid to try out for a team. The collegiate scene is growing and there are a lot of opportunities."

As he watched dozens of students glued to their computer screens, Stansberry smiled.

"The Esports Arena has exceeded my expectations," he said. "It is absolutely amazing.

"What I really like about it is that while it has space for our varsity team, it also has different engagement opportunities for all of our students.

"The team has done a great job of pulling all of these pieces together and creating a great facility." 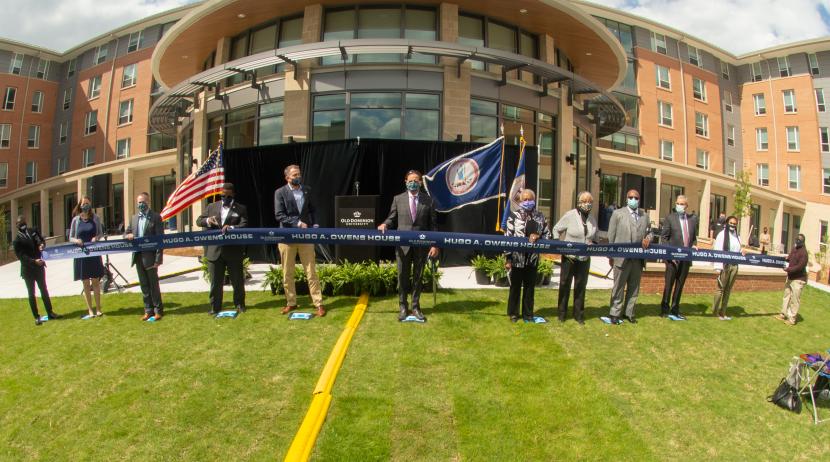 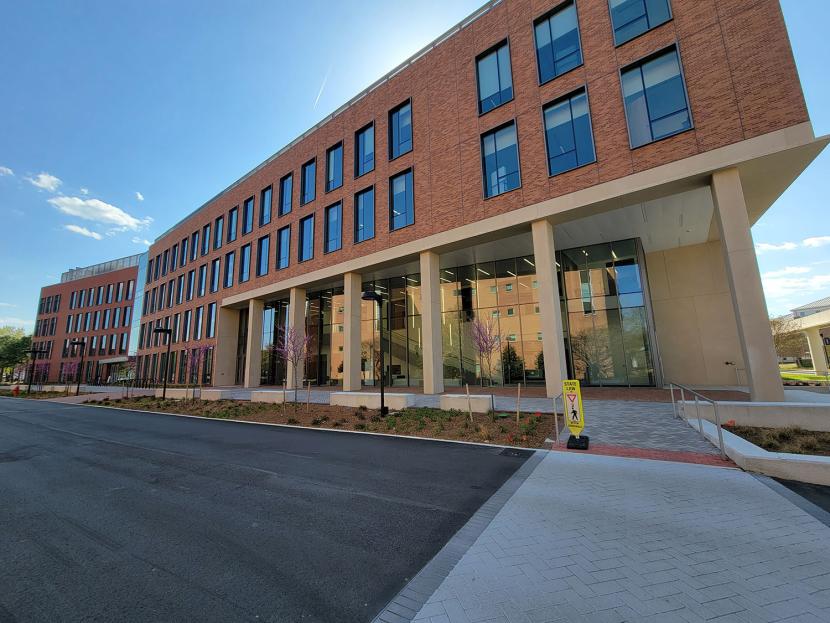