Respondents were asked: "Do you approve or disapprove of the job Donald Trump is doing as president?" Roughly one-third (34.1%) approved, with 13.9% strongly approving. Nearly two-thirds (65.9%) disapproved, with 43.8% disapproving strongly. 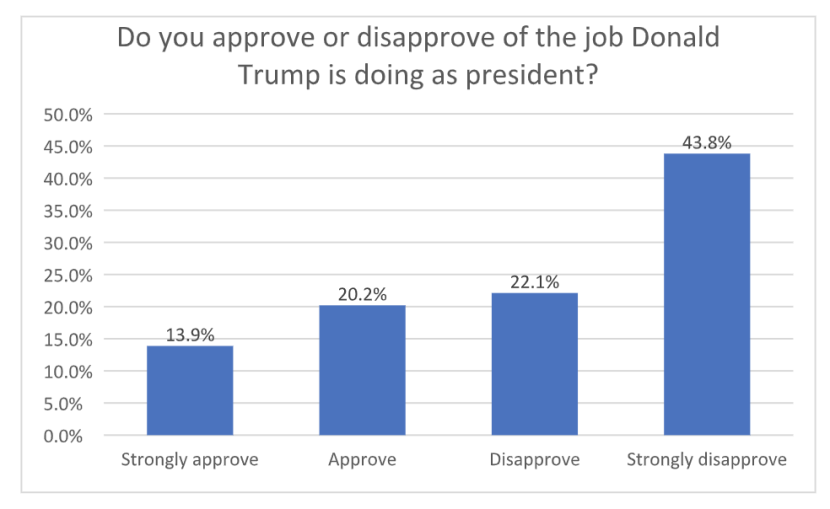 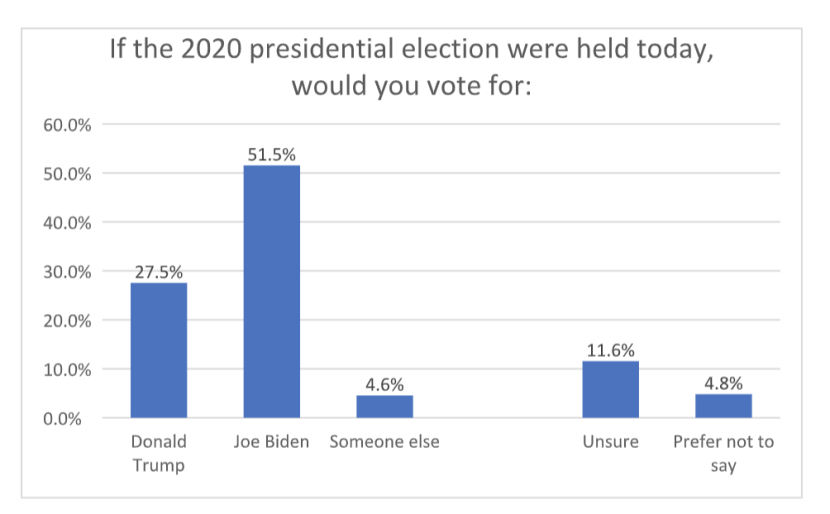 When respondents were asked to recall how they had voted in 2016, a similar pattern of responses emerged among those who voted, but with slightly stronger support for Trump. Among those who said they voted, 47.1% indicated they voted for Hillary Clinton, while 33.6% indicated that they supported Trump. 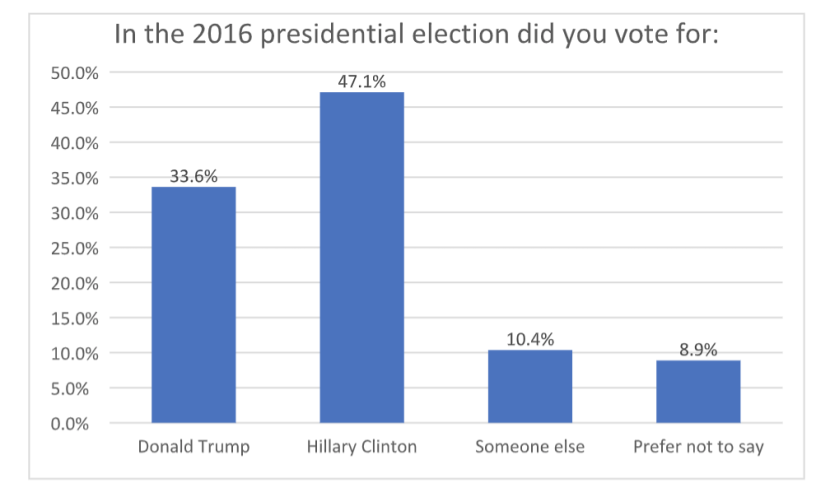 Among respondents who said that they identified as Republicans, support for Trump was fairly high, with 80.2% indicating that they would vote for him if the election were held today. Among Democrats, 87.8% indicated that they would vote for Biden. Independents and other non-major-party-affiliated respondents leaned toward Biden by at least a two-to-one margin, though many were unsure. Biden also performed substantially better among Republicans (10.1%) compared to Trump among Democrats (2.3%). 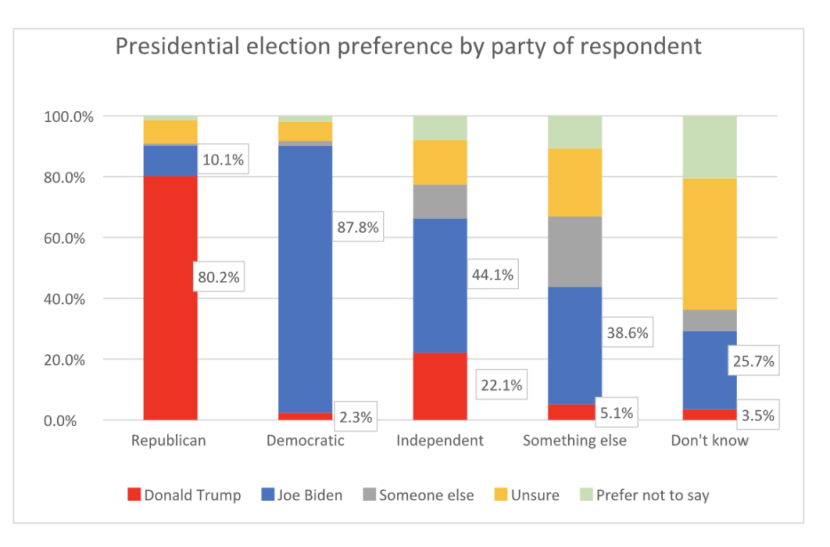 While any extrapolation from a regional poll to inferences about Virginia statewide election state-of-play is fraught, the overall picture in these results is of a president who is not very popular in Hampton Roads, and indeed a president who appears to be less popular today than he was four years ago with survey respondents.