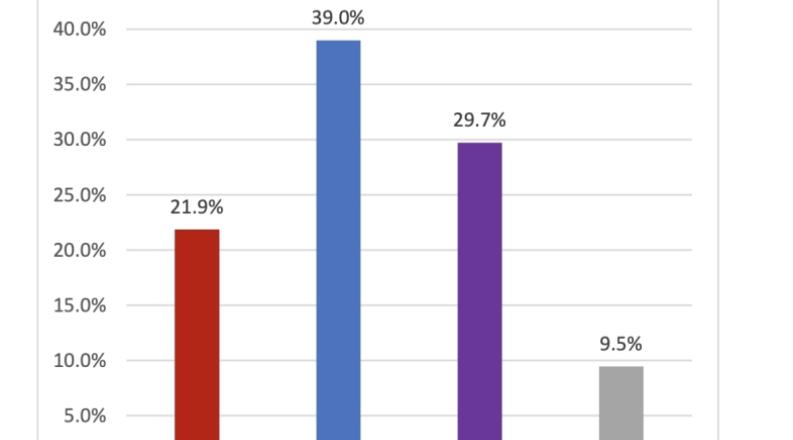 The Life in Hampton Roads survey typically includes a few questions about political attitudes. In 2021, the questions asked included party affiliation, job approval of President Biden and preferences for the 2021 gubernatorial election. The survey also included a set of questions about ethics in local government that have been asked in previous surveys.

Political party affiliation among respondents to the survey leaned substantially toward the Democratic Party, in line with past surveys in Hampton Roads. Thirty-nine percent of respondents chose the Democratic party when asked "Do you generally feel closer to the Democratic Party, the Republican Party, or do you consider yourself to be an independent or something else." Approximately 22% responded Republican Party. This represents a modest gain for the GOP from some previous years. For instance, in 2017 and 2015, less than 20% indicated

Overall, respondents also tended to have a positive view of President Joe Biden's job performance, with 14.7% saying that they strongly approve, and another 41% indicating that they approve. Just over 40% selected the disapprove or strongly disapprove option (20.2% and 22.3%). 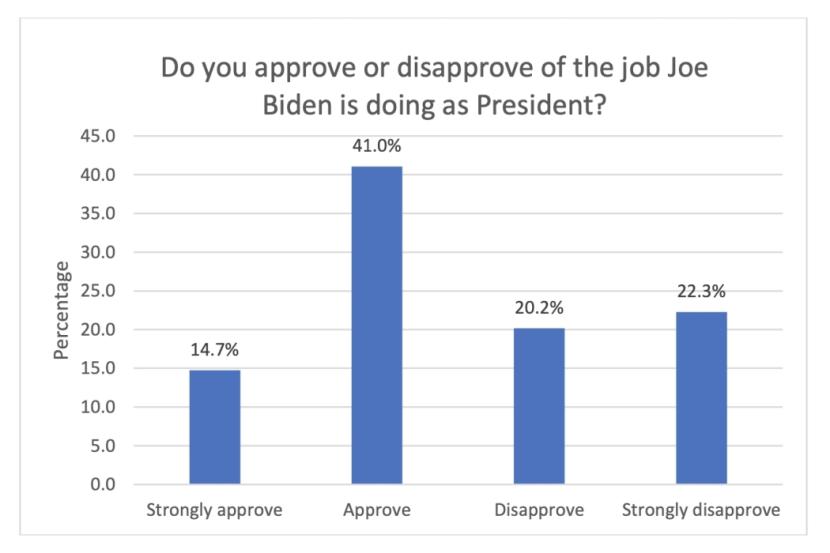 As the numbers above might lead one to expect, when respondents were asked which candidate they supported for governor, Democratic candidate Terry McAuliffe received the most support, with 42% of respondents indicating that they would support him. It is worth noting that the survey was conducted over the summer and early fall - months before the election. Of respondents who indicated they would vote for one of the two major-party candidates, 61.4% indicated that they would vote for McAuliffe. One important caveat to note is that this survey did not include a likely voter screen and is not restricted to registered voters. Thus, higher turnout by supporters of one candidate or the other could lead to substantially different outcomes. In the November general election, McAuliffe received only 54.3% of the two-party vote in the seven cities included in the survey. The decline in McAuliffe support from early October when the survey concluded to Nov. 2 is consistent with the change in support seen in statewide polling: McAuliffe's support dropped by roughly six percentage points in the Real Clear Politics average from Oct. 3 though Nov. 2. 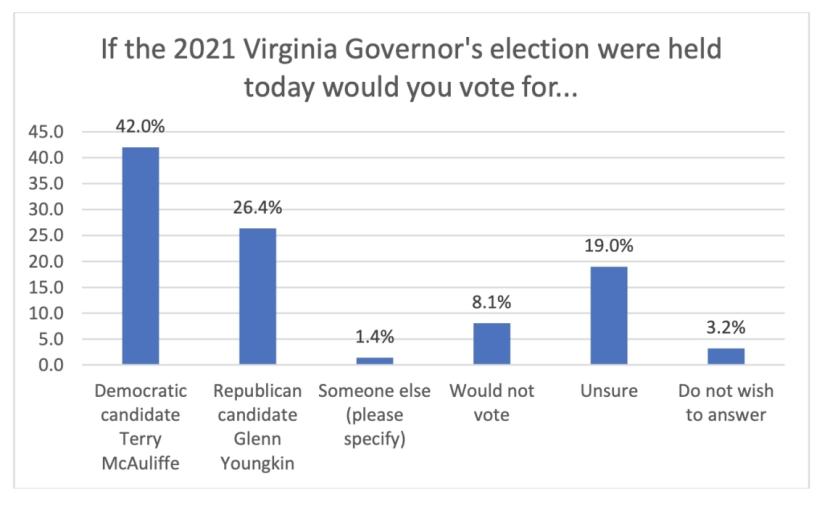 Two questions were asked about perceptions of ethics in state and local government. Overall, both questions indicated that substantial majorities believe that "elected officials in my city have high ethical standards" with similar proportions at the state level. 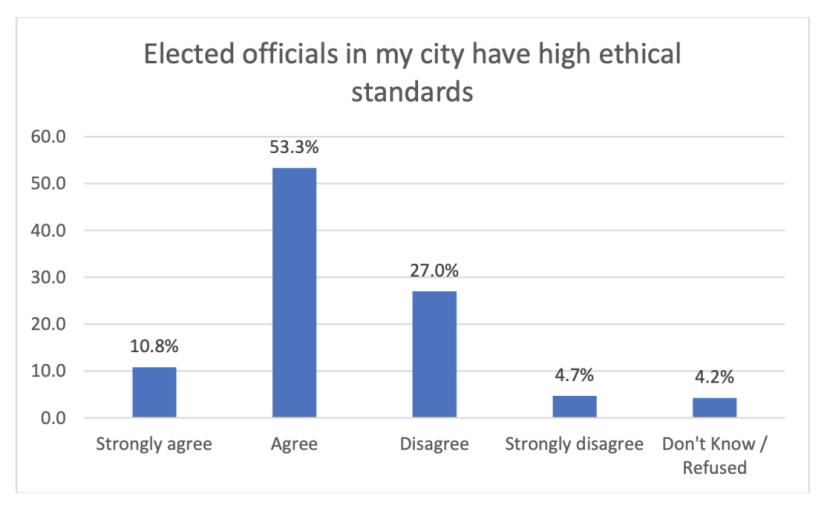 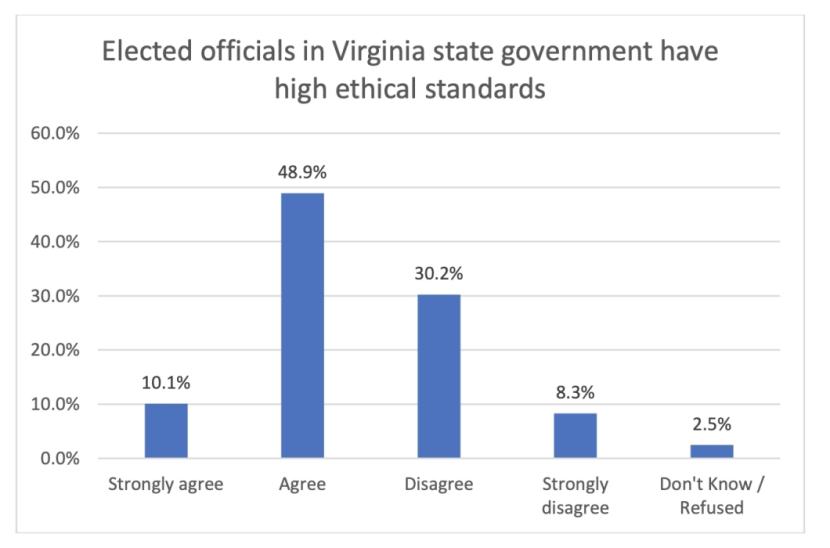 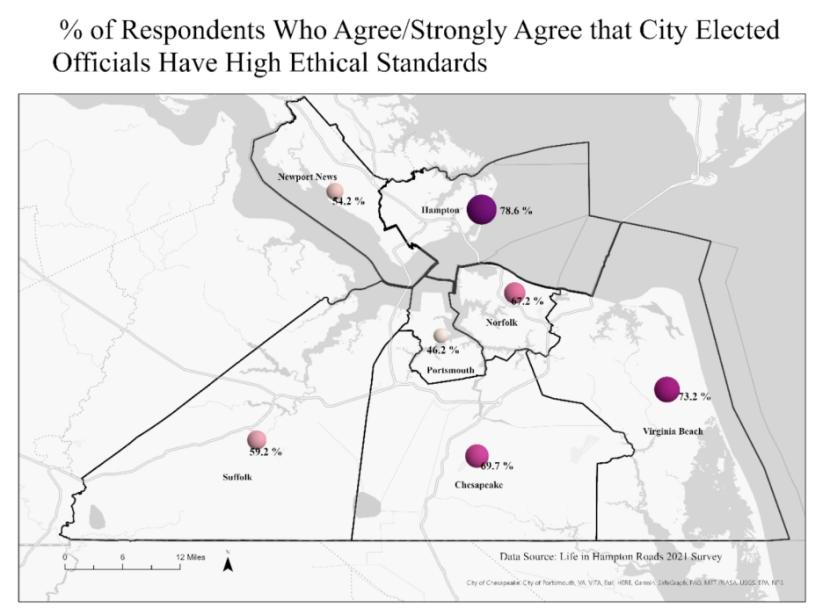 The city and state level results both reflect a substantial improvement in respondent perceptions relative to the last time the survey examined these questions in 2018. In that year's survey, only 49.8% of respondents indicated that they agreed or strongly agreed Virginia elected officials had high ethical standards, and only 48.7% felt likewise about local elected officials. However, it is possible that this reflects consequences of the changes in survey mode. A larger portion of respondents in the 2018 telephone survey gave a "don't know" response.

Some cities in particular have seen major improvements in respondent perceptions in the three years since the question was last asked. Portsmouth remains the lowest among the cities but has seen major gains (32% to 46%). Hampton jumped from second lowest to highest. Suffolk and Newport News saw declines. 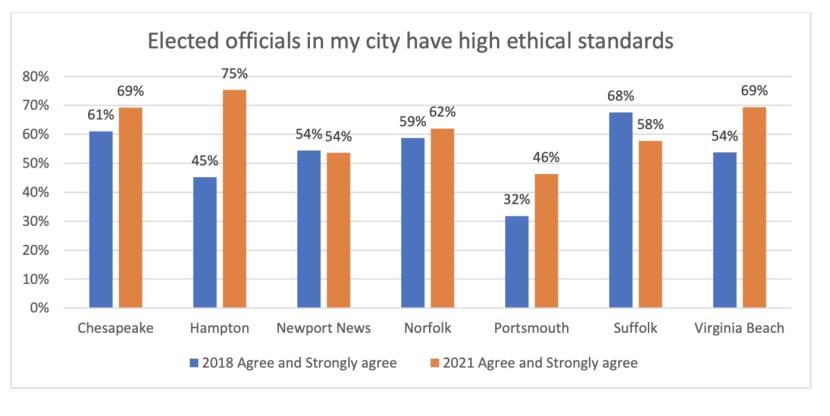 Respondents were asked about their support for two current issues: the decriminalization of marijuana and construction of casinos in Hampton Roads. Just under two-thirds of respondents (63.2%) support the decriminalization of the possession of small amounts of marijuana for personal use and 15% are unsure. A smaller percentage but still more than half (52.9%) support the construction of casinos in Hampton Roads while 19.2% are unsure.

The Life in Hampton Roads Data report and press releases will be placed on the Social Science Research Center website as they are released (http://www.odu.edu/al/centers/ssrc). 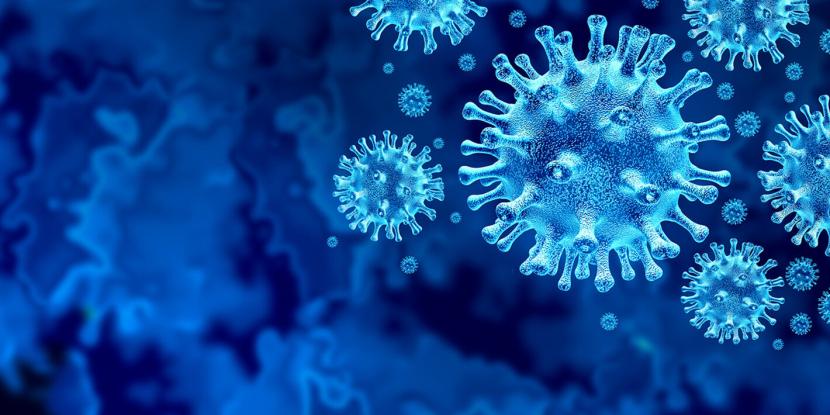 Life in Hampton Roads Survey: Health and Experiences with COVID and Vaccines

ODU's Social Science Research Center asked residents about their health in general, the pandemic and feelings about vaccines. (More) 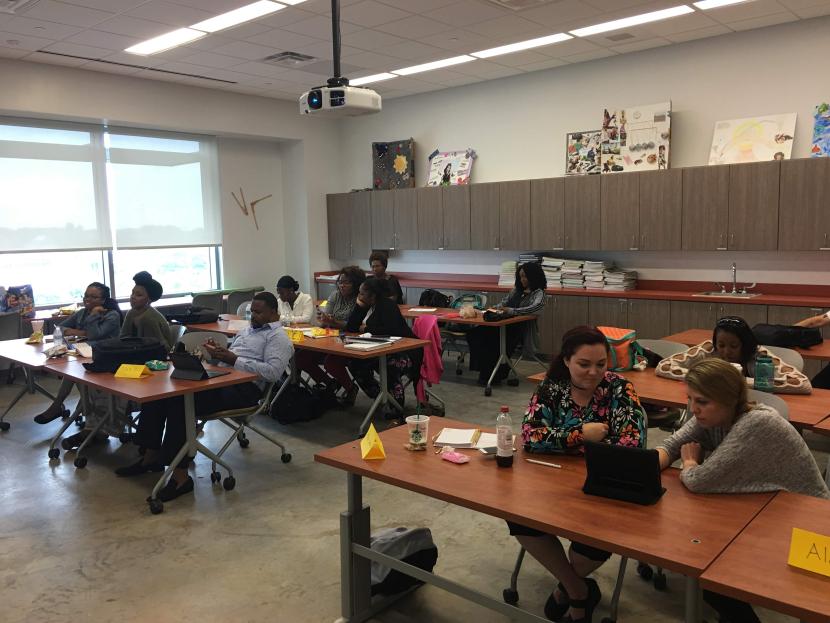 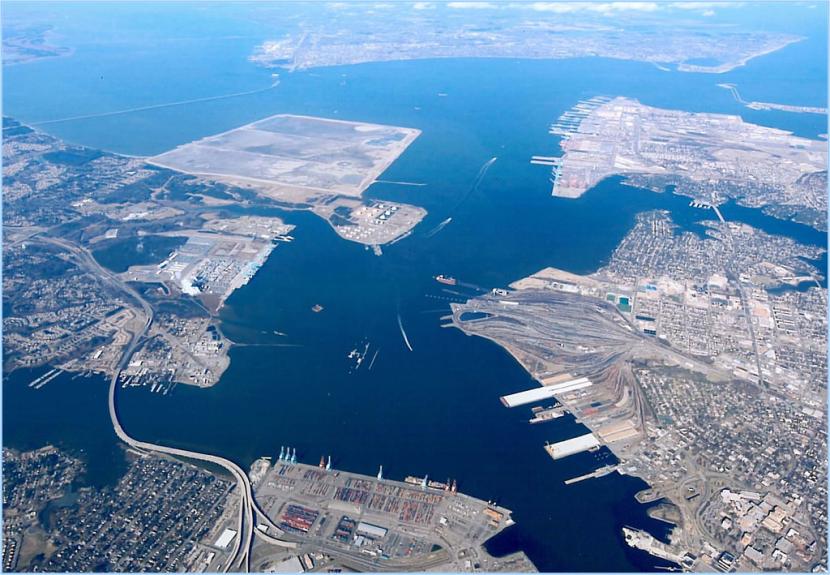 Almost two-thirds of respondents to the 2021 survey rated the quality of life in the region as excellent or good, which is down slightly from non-COVID years. (More)