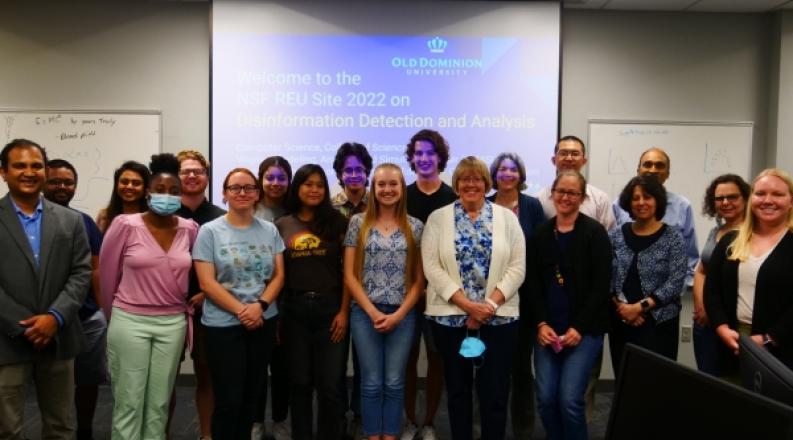 Have you heard that deer spread COVID? Have you seen the latest screenshot being shared that looks cool but is far from factual?

Fake news like this was at the heart of disinformation research conducted by students from across the country at Old Dominion University for the Department of Computer Science's 2022 National Science Foundation (NSF) Research Experiences for Undergraduates (REU). Beginning this past summer and for the next two years, ODU computer science faculty received $324,000 to do research toward "Research Experiences for Undergraduates in Disinformation Detection and Analytics."

"Disinformation that spreads on the internet and social media is not just a nuisance. It causes real harm," said ODU Assistant Professor Sampath Jayarathna, principial investigator on the NSF grant. "There is a consensus that a significant amount of false or misleading information is deliberately made to confuse, influence, harm, mobilize or demobilize a target audience."

For three of the REU computer science participants - Hailey Bragg, Caleb Bradford and Ethan Landers - this was their first experience doing any kind of formal research. Working one-on-one with ODU experts left an indelible impression on their plans.

Bragg, a rising senior at CNU, worked on a project called "Discovering the Traces of Information on Instagram."

Another side of her research has led her to study the 12 content creators who, according to a report from the Center for Countering Digital Hate in 2021, are responsible for more than 65% of anti-vaccine content across all social media platforms.

Bragg's mentor, Professor Michele Weigle, has helped her throughout the research process, from the weekly meetings to the deep dive into researching Instagram.

"I was really impressed with all of the students and at how much interesting work got done over the summer," Weigle said. "I was excited to see the impact that we could have with giving the students even just a short-term introduction to research and a taste of what graduate school could be like."

For Bragg, working with her mentor was a great experience.

"I've learned so much from her," Bragg said. "She's helped me with transitioning from an undergraduate mindset, where your mentor knows the answers and you just have to find the solution and check with them, to this research mindset where maybe no one knows the answer and you're collaborating with your mentors to work together to uncover something no one has ever studied."

Caleb Bradford, a rising senior majoring in computer science at ODU, researched tweet attributions from screenshots. Screenshots of tweets are found not just on Twitter but on all social media.

They "are extremely prevalent because it's one of the only ways to cross share between platforms," Bradford said.

In the program he learned that disinformation is "someone with malicious intent trying to gain something by spreading information intentionally. Tweets can very easily be fabricated or altered, so this project is about, from a screenshot of a tweet, how can we verify that that's an actual tweet that can be actually attributed to that person," said Bradford. "We're not focused on whether or not the tweet in question is true or not. We're questioning whether or not it was made."

With the help of his mentor, Professor Michael Nelson, Bradford has learned how to fact-check screenshots using Python programming language.

"There are so many tweets from politicians that are fabricated, whether it's for satire or not, but a lot of them definitely are also meant for disinformation, malicious intent," Bradford said.

In his research he has seen disinformation spread like wildfire.

"I've seen reputable people share screenshots of a tweet thinking that it is real, but it's not," said Bradford.

Another REU participant, Ethan Landers, is a rising junior in ODU's Computer Science Department. His summer research focused on an assessment of scientific claim verification models.

"Basically, what that means is that there's an emphasis for the automation of labeling scientific claims in general of whether they contain disinformation or not," Landers said.

Since the pandemic, many models have been created to detect disinformation regarding COVID claims. The models provide a true or false label and an abstract rationale that defends the label.

"The goal for my project was to be able to test these models with more generalized science claims and see how effective they are in detecting COVID-related fake scientific news," Landers said. "We want to hopefully be able to see if these models can detect generalized data."

More important, he has learned that "disinformation is the mal-intent, purposefully spreading false information to gain some type of advantage and also sway people a certain way, in favor of oneself or some party."

He believes it is spreading rapidly.

"It is good that this program exists to just conduct further research on the topic and hopefully find ways to prevent it," Landers said.

Working alongside Jian Wu, assistant professor and co-principal investigator for the REU, has been a game changer for Landers. He is an online student, and this was his first time not only doing research of this magnitude but being on campus and fully interacting with his peers, graduate students and computer science faculty.

Working one-on-one with global experts here at ODU has changed some students' plans. After Bragg graduates from CNU in the spring of 2023, she is planning to purse a master's degree at ODU. Bradford has been offered a position as a research assistant with Professor Nelson.

"I am amazed that the students and mentors accomplished impressive projects during the intensive nine weeks," Assistant Professor Wu said. "I could see they both put lots of effort to make this program effective and fruitful." 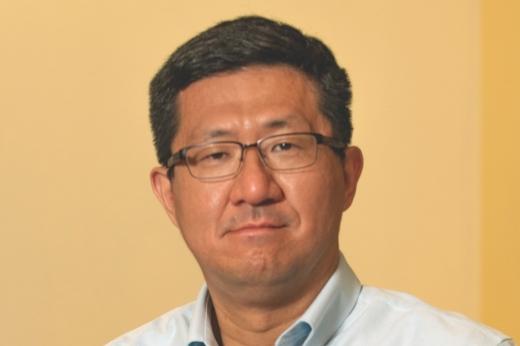 The professor of community and environmental health’s ultimate goal is to reduce health disparities. (More) 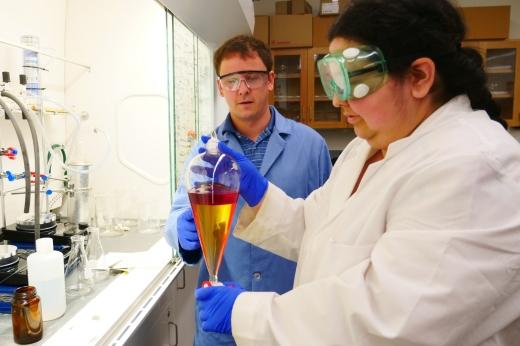 Ten community college students got a taste of lab work under the mentorship of chemistry/biochemistry faculty. (More) 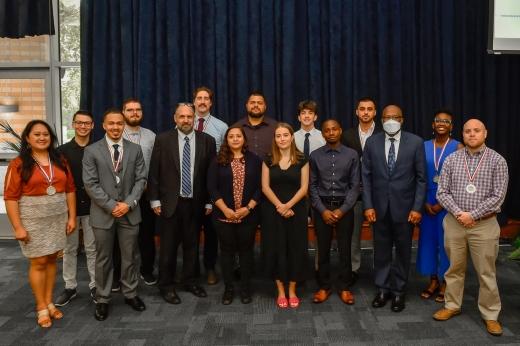 The scholarship program is a partnership among Old Dominion University, Tidewater Community College and Virginia Peninsula Community College created in 2021 through funding from the National Science Foundation’s CyberCorps Scholarship for Service initiative. (More)