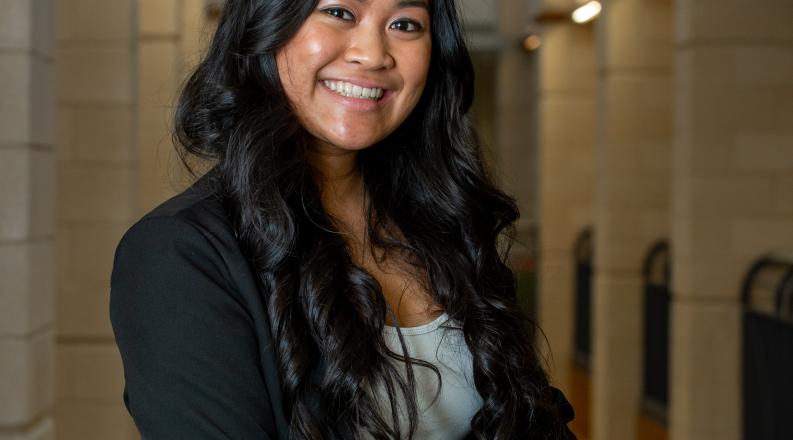 April 8, 2022
share
"Getting a GED had a bad stigma that I felt ashamed to tell people about, so I thought if I earned perfect grades, honors and joined clubs, it could offset my feelings, and I could tell people the good stuff instead," Elizabeth Silerio said. Photo Chuck Thomas/ODU

Due to some unusual circumstances, Elizabeth Silerio chose to go through the General Educational Development (GED) Testing program rather than obtain a high school diploma.

In many respects, that experience may have been a blessing in disguise.

"I became an overachiever throughout my college career and pressured myself when it came to perfect grades due to getting a GED," she said. "Getting a GED had a bad stigma that I felt ashamed to tell people about, so I thought if I earned perfect grades, honors and joined clubs, it could offset my feelings, and I could tell people the good stuff instead."

Her motivation - and hard work - paid off.

The Strome College of Business marketing major, who will graduate in May, holds a 3.73 cumulative grade-point average and a 4.0 within the marketing program. Faculty in the department voted unanimously for her to receive the Top Marketing Student Award for the 2021-22 academic year. She also is a co-winner of the Bagwell-Jones Award, which recognizes the college's outstanding students.

"Elizabeth Silerio is not your typical student," said Michelle C. Carpenter, who nominated Silerio for the Bagwell-Jones Award. "She has had to rise above what would likely be insurmountable challenges for many. We are proud of the grace she has displayed and her perseverance to do her very best in her journey. It has been an honor to have her in my courses."

Getting to this point hasn't been easy.

She was born in Virginia Beach and moved to the Philippines at age 10 or 11 when her mother returned to her native country. In 2017, her mother moved back to Hampton Roads to help Silerio's sister, who was pregnant with her first child. Silerio was 17 and a junior academically.

On the trip back to the United States, Silerio's high school records from the Philippines were lost, and Silerio said they were unable to get copies.

She and her mother met with an advisor at Virginia Beach's Bayside High School. They were told the school didn't offer placement tests that would allow Silerio to enroll as a junior. That left two unappealing options.

"'Well, you can basically restart high school all over again and graduate as a 21-year-old or you can get a GED,'" Silerio recalled the advisor telling her. "It was really hard because I didn't want to do either of those things."

After discussing it with her family, Silerio decided the GED was the better option. She enrolled at Bayside and spent five months as a freshman academically, taking elective classes and receiving tutoring to prepare for the entrance exam for the Individual Student Alternative Education Plan program at Renaissance Academy, which administered the GED tests.

After earning her GED following two months at Renaissance, Silerio enrolled at Tidewater Community College with the goal of becoming an occupational therapist.

"I kind of fell in love with the whole aspect of helping children regain day-to-day activities," she said.

But after taking the prerequisite classes and earning A's in anatomy and physiology, she had second thoughts. She said she wanted a career that would provide her with more options.

At the urging of her older brother, Jerson, who also attended TCC, she looked into marketing.

"He said if you go into a business major you have more opportunities to get a job," Silerio said. "He also said that since I'm very creative, marketing is the best degree for me."

She would also be able to enter the marketing workforce without having to get an advanced degree and certifications that she'd need as an occupational therapist.

"Once I decided to do marketing, he helped me rearrange all my classes based around that degree for ODU because he wanted to make sure all my credits would transfer over once I graduated from TCC," Silerio said.

But she ran into a hitch when she submitted her application - there was some question whether the anatomy and physiology classes would satisfy ODU's science prerequisites. With help from Staci Kohen, her Strome College advisor at the time, they ultimately did transfer.

"I probably wouldn't have graduated on time if it wasn't for her," Silerio said.

She has excelled inside and outside the classroom.

Taking a nontraditional route because she didn't enroll at ODU as a freshman, she completed four projects to satisfy requirements for the Patricia and Douglas Perry Honors College. Those projects consisted of an analysis of the Ford Motor Co., a commercial video about Starbucks for a marketing consumer behavior class ("I liked the challenge," Silerio said. "I had never made a video before. That was one of my favorite projects."), a social media project and a video about human resources for a management class.

She has been active in Pi Sigma Epsilon, a co-ed national fraternity for sales, marketing and management students, and American Marketing Association Strome Marketers.

"I have been very impressed by her creativeness in designing flyers and other promotional materials for Pi Sigma Epsilon as well as her initiatives with Strome College of Business in writing stories and creating graphics for our social media platforms," Carpenter wrote in her letter nominating Silerio for the Bagwell-Jones award. "She shared her insight recently with the club and other business students on how to create a professional LinkedIn Profile and eye-catching resume. Her profile and resume were the best on the panel."

Silerio credits Elliott for "giving me hands-on experience working with the marketing team. She helped expand my creative side and build my confidence in becoming a graphic designer and creating content and stories for the Strome College social media platforms and website, which further developed my marketing skills to a higher level."

"She has done a remarkable job," Elliott said.

Silerio, a first-generation college graduate, is appreciative for the opportunities and support she's received at ODU.

"I feel overjoyed and know all my hard work and determination paid off," she said. "Dealing with all the challenges I faced made me the person I am today. I am forever grateful for the people who contributed to my success and guided me throughout this journey, and I am ready for the next chapter in my life to start after graduation."

"My dream job is to become a creative director for Marvel or Disney," said Silerio, who added she's submitted applications to those companies. "Everyone loves watching movies and they've always been advertised, so why not join their team and help them?" 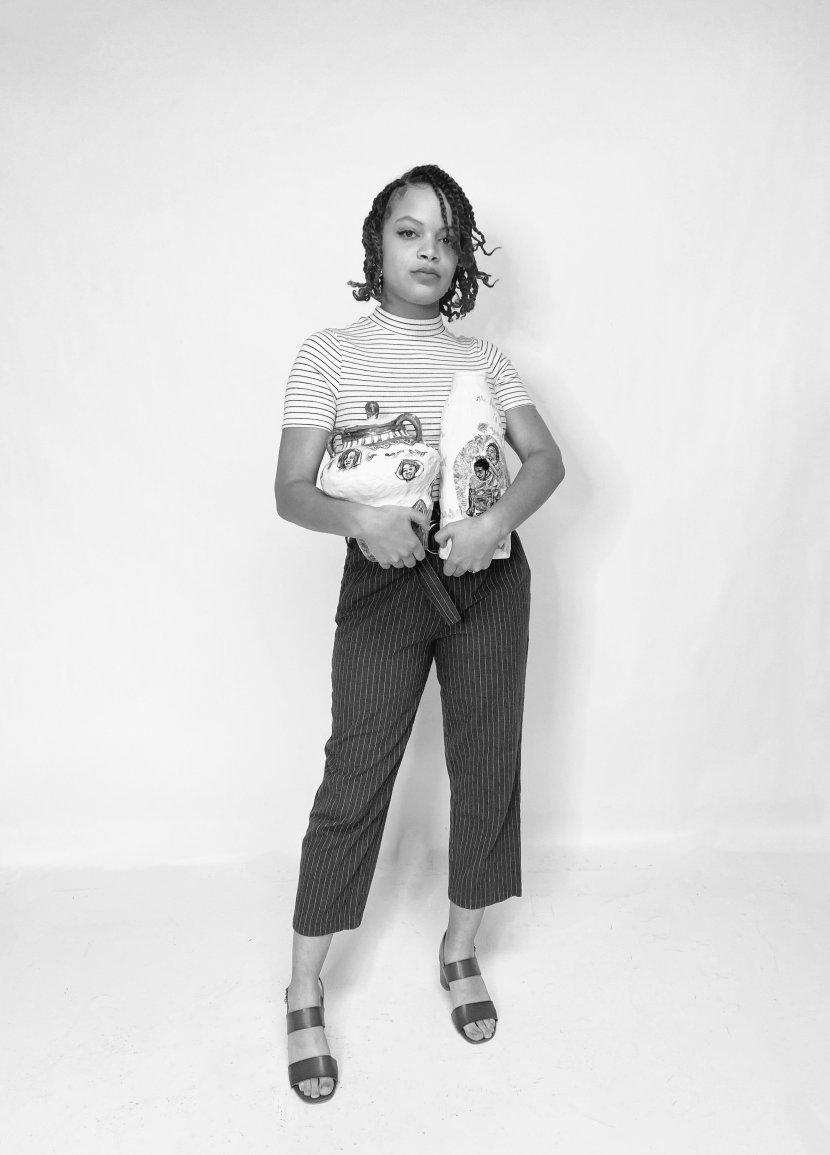 Amber Pierce, an art education and 3D media and materials double major, submitted a series of pieces that combine ceramics with fibers. (More) 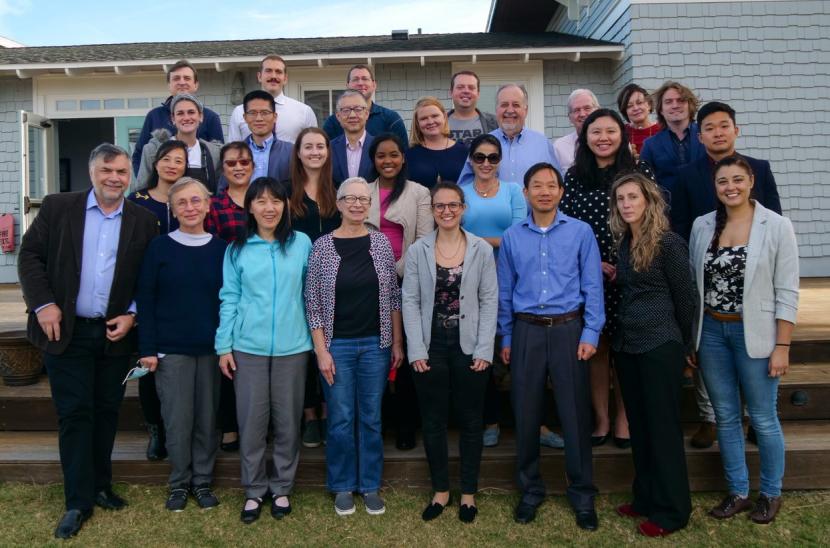 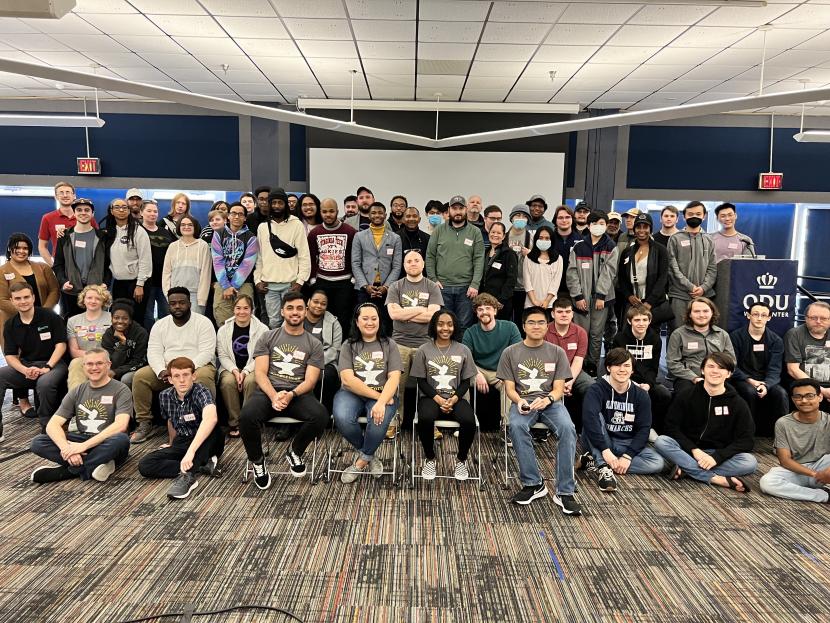