Cecelia Tucker recounts a life of activism and community connection 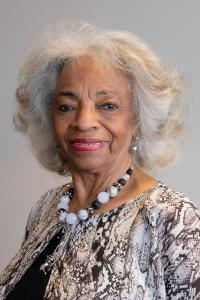 Cecelia Tucker held up a sign with one word on it: "Colored."

"This is what we saw everywhere," Tucker told about 60 students and staff members during a speech at Webb University Center. "Wherever I went, signs let me know where we could go and could not go: Colored fountains, colored toilets, colored entrances to buildings."

Tucker, who is 80, has spent more than a third of her life as the assistant to the president at Old Dominion for community relations. Her speech earlier this month, sponsored by the Office of Intercultural Relations, charted her triumph over segregation as well as ODU's evolution toward diversity.

The daughter of a principal and a second-grade teacher, Tucker was born in Martinsville and grew up in Chase City, attending all-black schools. The theater in town was open to blacks - but only if they entered by climbing a fire escape. Her father forbade her from going there.

Tucker was the valedictorian of her high school class. She majored in biology at Virginia Union University. While she was there, the Rev. Martin Luther King and his wife, Coretta, visited campus. The students got their Bibles from their rooms for the Kings to sign. Tucker passed out a copy of her Bible, with their signatures, at the beginning of her presentation.

She later heard King's "I Have a Dream" speech in 1963 while attending the March on Washington, which she called "one of the most life-changing events." At the time, Tucker said, "we all thought it was a great sermon. However, it has evolved into one of the greatest speeches of the century."

She also participated in sit-ins at a segregated lunch counter in Thalhimers department store in Richmond in 1960. "We were pushed, shoved, spat on and called the N-word," she recalled. But she wasn't arrested. That's because she attended against her father's wishes, so "whenever I saw TV cameras, I ran away."

Tucker received her master's degree in biology from Michigan State, subsidized by the state of Virginia, because at the time "blacks were not allowed to study at graduate schools in Virginia," Tucker said. "What a ridiculous law. But black teachers took advantage of it and got their master's degrees and beyond."

Her first teaching job was at Maggie L. Walker High School in Richmond, where she had a student who later would become a sports celebrity - Arthur Ashe. "I had the pleasure of hitting balls with him and his friends on segregated tennis courts," she said.

She later taught at Booker T. Washington High School in Norfolk - which, like Maggie Walker, was an all-black school. "The books were never new," she recalled. "The conditions in the physical plant were deplorable."

She married B.J. Tucker, a doctor who read five newspapers a day, in 1965. The ceremony was held at the Golden Triangle, a hotel on Brambleton Avenue. "It was the first time blacks were allowed to hold anything in Norfolk," she said, and it drew a huge crowd. "People actually crashed my wedding," she said.

After they had children, she left teaching to concentrate on her family. But she was soon drawn to volunteer work, particularly at the Hunton YMCA, the nation's second-oldest black YMCA, where she is now chair of the board.

In 1991, James V. Koch, then the president of Old Dominion, invited her to join his staff to improve community relations.

She accepted - a decision that was not universally applauded. "Some people in the black community considered me a sellout because they didn't think I had any business here. At that time, ODU was considered a racist institution," Tucker said.

"Gradually, over time, that changed. Today, Old Dominion has the most diverse student enrollment of any four-year doctoral school in the state of Virginia. I would like to think I had a little something to do with that."

But she gives most of the credit for the University's progress in diversity and inclusion to Koch and current President John R. Broderick.

In January, Tucker, along with President Broderick, received the Community Leaders' Award from the Urban League of Hampton Roads. At the end of her speech, she received another: the first Upward Bound Living Legend Award.

She concluded: "I hold no grudges. I just know what I've done was ordained by God, who held the doors open for me to follow his plan." 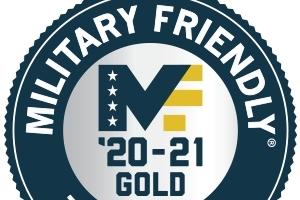 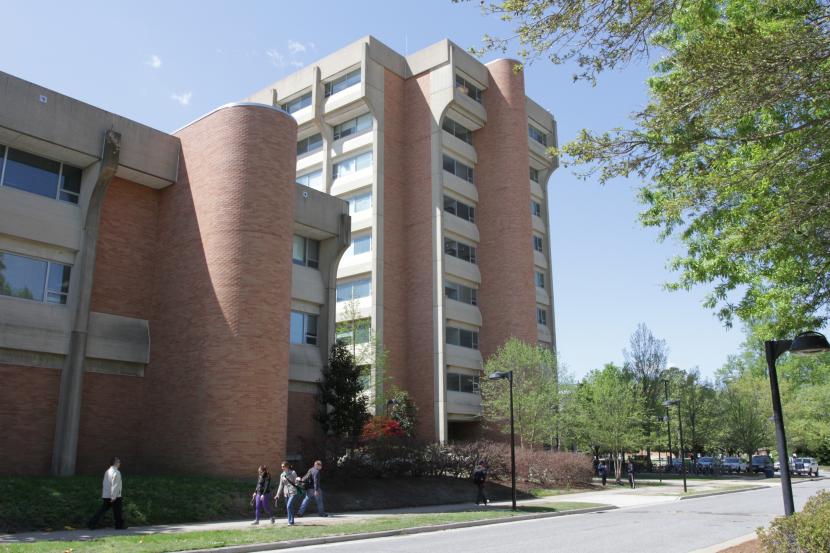 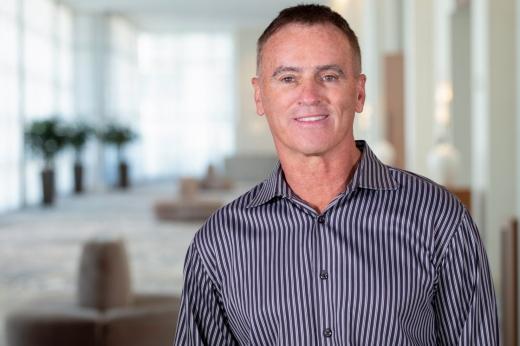