A Storied History of Transformational Excellence 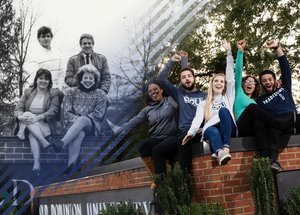 Old Dominion University is one of the premier higher education institutions in Virginia. It opened its doors in 1930 as theNorfolk Division of the College of William & Mary and added a division of Virginia Polytechnic Institute the following year. The original two-year institution grew into a four-year baccalaureate institution in 1953 and earned independence from William & Mary in 1962, becoming Old Dominion College. In 1969, Old Dominion College was renamed Old Dominion University. Master’s and doctoral degrees were first awarded in 1966 and 1975, respectively. Distance education courses were offered as early as the 1950s.

With a diverse and engaged student body across 175 programs on campus and 100 online, the University today contributes over $2.6 billion to Virginia’s annual economy. Significantly, 54% of students come from underrepresented ethnic groups. The University is located near the world’s largest naval base and the only NATO command on U.S. soil. A quarter of the student body is connected to the U.S. military, and the University has been consistently recognized for its efforts to educate active-duty personnel, veterans, and their families.

As recently as the 1980s, the University’s reputation was largely regional in scope with a focus on commuter students and localized workforce development. Several factors have contributed to its broad evolution and global reach: the addition of numerous research-focused doctoral programs; the founding of the pioneering TELETECHNET distance learning platform; the creation of a residential main campus with robust student programming; and the expansion of athletics to include a wide variety of teams and club sports. Today, the University takes great pride in its world-class faculty, dedicated staff, and diverse student body.

The University, which generates more than $78 million annually in research and sponsored-program expenditures, was designated a Research 1, or R1, institution by the Carnegie Classification of Institutions of Higher Education in December 2021.

In addition to the University’s growing research enterprise, many other exciting initiatives are coming to fruition, including a health sciences center in partnership with Eastern Virginia Medical School (EVMS) and Sentara Healthcare; a School of Supply Chain, Logistics, and Maritime Operations and a School of Data Science; a new major in manufacturing engineering technology; and funding for a new five-story, state-of-the-art biology building. 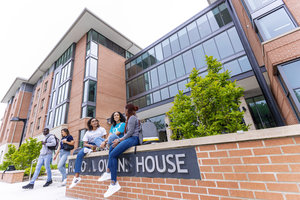 The next five years will be critical for the University’s growth and further development. Increasing competition among institutions of higher education in the Commonwealth and beyond will require the University to strengthen its reputation among prospective undergraduate applicants, as well as those pursuing advanced degrees. Fast-changing workforce needs will necessitate the design of new majors and degree programs. Stronger institutional, industry, and government partnerships – both regional and national – will ensure that the University advances its Carnegie R1 status.